Tonight I saw the #JusticeForLB stream on twitter. It’s about a teenager who drowned in a bath in an NHS assessment unit. Despite him having a history of epilepsy, he was left to bath unmonitored.

And I was instantly dragged back in time to that night.

My sister drowned in her bath. It’s a disturbingly regular occurrence for people with epilepsy. I don’t know whether Katrin knew the risks and discounted them. I know that she was massively strong willed, and that if she wanted to take a bath, she would have taken a bath.

And she did, and she died.

LB shouldn’t have been at risk though. He was in a safe environment and it is utterly disgraceful that his family are living with his loss. I don’t follow the campaign closely, although I’ve read his mother’s blog a few times – I find it too painful to read too often.

If I read it too often, I’d cry again, like I did tonight, blinking away tears in the car. I’d remember little details flashing back, like the fact that BiL’s jeans were wet when I arrived in the hospital. Wet from where he’d dragged Katrin from the water, tried to save her.

I’d remember the sound of my father’s voice on the phone from their holiday, apologising because he wasn’t there in the hospital with us as we sat in shock, together and yet utterly apart.

I’d remember BiL asking me over Katrin’s body “what do I do now?” and not having an answer for him.

Katrin is gone. I can’t bring her back. LB is gone, his death can’t be undone. But the system needs to accept responsibility and make changes so that no other family trusts their child to people who fail to take the most basic precautions. Fail to keep them safe.

Epilepsy can, to a large extent, be managed. People with it live healthy and fulfilling lives. Katrin certainly did. She raised two children, had a job. She ran, was fit and active. But epilepsy still claimed her in the end. It claims too many people, far too early.

It shouldn’t have claimed LB. He was even younger. He was in what should have been the safest environment possible. And I’m completely behind his family in their fight to see justice for LB. It’s the least they deserve.

Now if you’ll excuse me, I need to go and cuddle with my children. And maybe cry a little more. 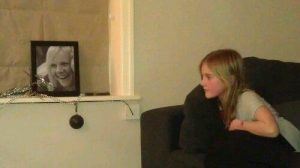