I tweeted the other day about how Tigerboy was enjoying a trial on Doodlemaths and someone replied to ask if that meant we didn’t have holidays. And the honest answer is, we don’t, really. 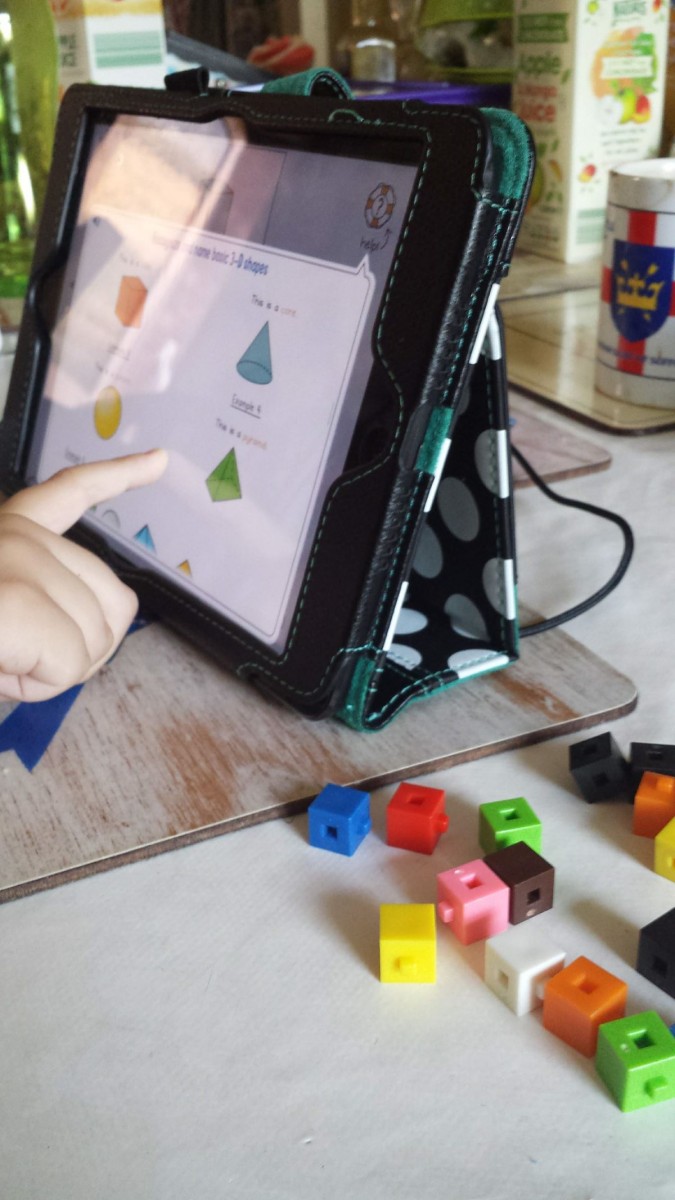 Over the years, we’ve drifted from a more structured home education approach with some very obvious curriculum related box ticking, to a much more unschooling approach. If you’ve not come across the topic of unschooling before, it might seem like a really odd word – there are some great resources on it out there, like Sandra Dodd or I’m going to try to explain what it means to me.

Children are born as little learning machines. It’s what they are designed to do. And as long as you don’t get in the way too much, they will do it all the time. In fact, it’s one of the difficulties schools and teachers have to deal with, that they don’t necessarily want to learn the thing you’re trying to teach that particular day, they might be way more interested in something else that doesn’t fit into the plan.

Maria Montessori talked about this, saying play is the work of the child. Play is how they explore, and as long as they have control over it, they’ll just keep on doing it.

So how do they learn specific things like reading/writing/’rithmetic – I know that’s what you’re thinking.

Well, I read daily to my kids. They see their siblings reading. There is text in computer games, on cereal boxes, signs, the fridge – everywhere. They are curious about it – they want to learn to read. So they do. I’ve written before about Tigerboy’s process – he binge learnt. It was fascinating to watch to be honest, and did involve apps, and books, and a very different process to what you might expect, particularly if you’ve read any of the articles about how difficult it is to teach reading.

It might be difficult to teach, particularly when you’ve got a plan that’s different to the one in the child you’re teaching. The learning part can be more straightforward.

For a while he was behind his peers – now he’s probably a little bit ahead. But right at the moment he’s not that interested in fiction so he doesn’t read by himself all that often. He’s got access to all sorts of books though, and he often rereads whatever I’ve read to them at bedtime, so it’s ticking over nicely.

Maths – we do day to day stuff. Talk about money. Telling the time. Fractions come into life, so does measuring, weighing, adding, dividing. And then I might wave an app at them to try, and they do for a bit and acquire a few more building blocks. They like playing with my montessori materials and other manipulatives and at some point they will probably want to do something that requires a qualification, so like Small, they’ll knock it off pretty quickly. (He’s done GCSE maths in a year, get back to you in a few weeks about how that went.)

Writing, much the same. And because they see TV programs, read books, and have relatives and friends that do go to school, they’re aware that children generally learn specific things at particular ages. Sometimes this is viewed as pointless information, sometimes it’s seen as a challenge.

I have an awareness of the overall educational achievements. I might get out something science based if they haven’t done any for a while, and they’ll deep dive for a while then do something else. I’m confident that they are learning pretty much all the time, and very efficiently, so I know I’m discharging my legal responsibility.

I’m not quite so sure how this all measures up against the stuff LAs talked about in their submission to the recent government consultation. It seems to me that this kind of free range education is very poorly understood, and at some point that might make my life a bit more complicated. But that’s a bridge for another day and in the meantime, I’ll go on facilitating their unschooling lives. Yes, even in the summer holidays and on learn nothing day. 🙂