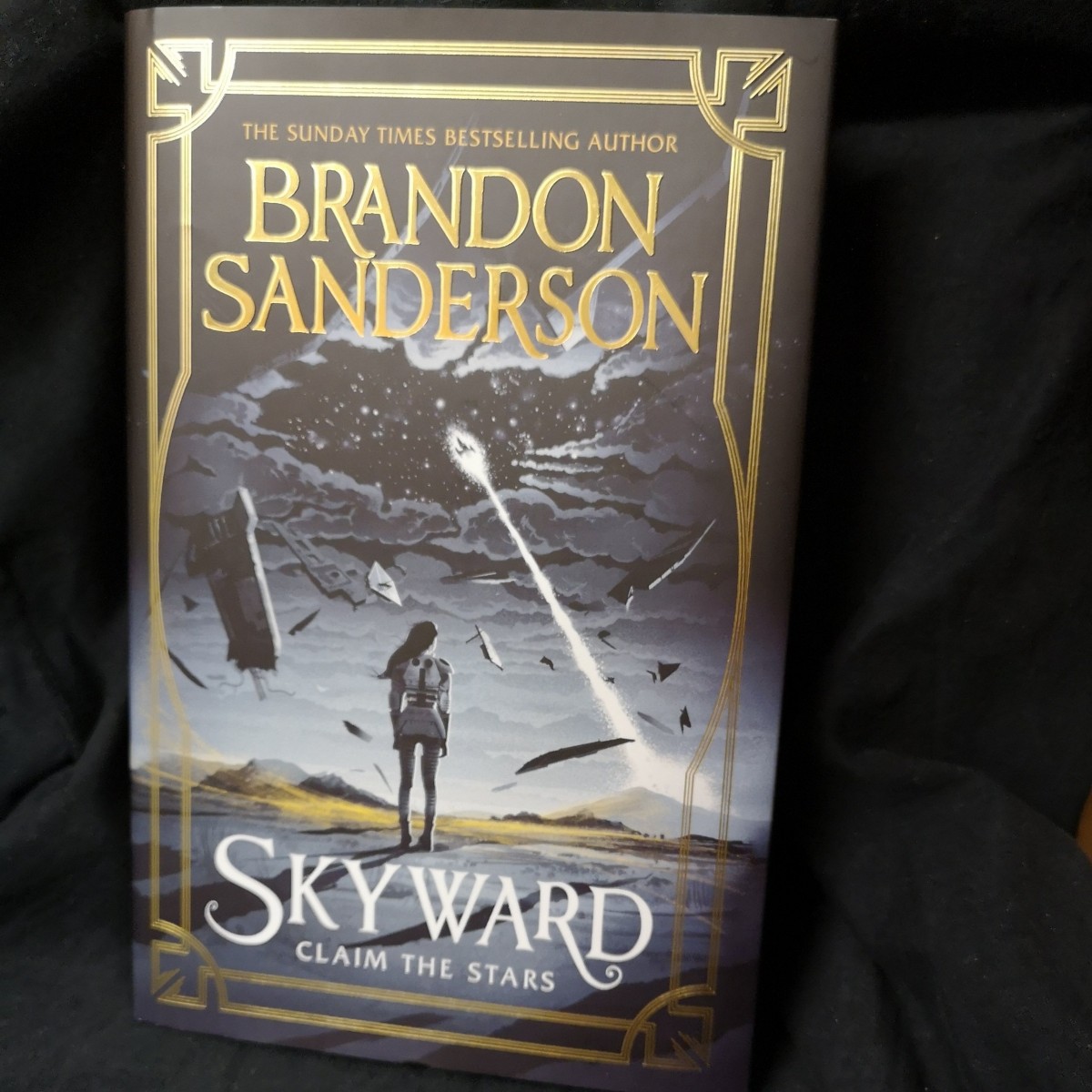 Otherworld – the game is compulsively playable. The book is compulsively readable. Utterly immersive, with a story that rocks along despite its main character striving to be unlikeable. He’s not fond of himself, and doesn’t see why anyone else would feel otherwise.

Give it a try, but make sure you’ve plenty of time. Once you stop, you won’t want to start. 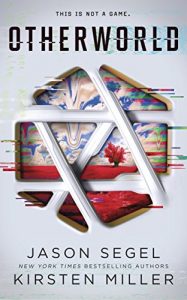 Are you ready to play?

You don’t just see and hear it—you taste, smell, and touch it too.

In this new reality there are no rules to follow, no laws to break.

You can indulge your every desire.

Why would you ever want to leave?

Leave your body behind.

VISITOTHERWORLD.COM – WHERE THE NEXT PHASE OF REALITY BEGINS 31.10.17

Having read books about gaming before, I was a little blase when I approached Otherworld, expecting more of the same. However, there’s a reason these are bestselling authors – they are very very good at what they do. Otherworld is beautifully constructed, and there’s far more to this book than a story about a gaming system. Layers upon layers of complexity pile up here, with acute insight into human nature, technology and where we could easily be headed if we don’t keep a close eye on ourselves.

On one level this is a fantastic technological adventure with a strong and varied cast (not all teenagers!) and interesting premise. On another there are conspiracy theories galore, just who is behind the experimental developments to the Otherworld system? What is the real purpose of it all? But the conspiracy never overpowers the personal interest or action, and that’s how I like it.

Will appeal to readers of YA SFF, gaming fans and those into their technology I suspect. Well worth a look, and currently a reasonable price on Kindle. My biggest problem is that I’ve got to wait a year for the sequel! 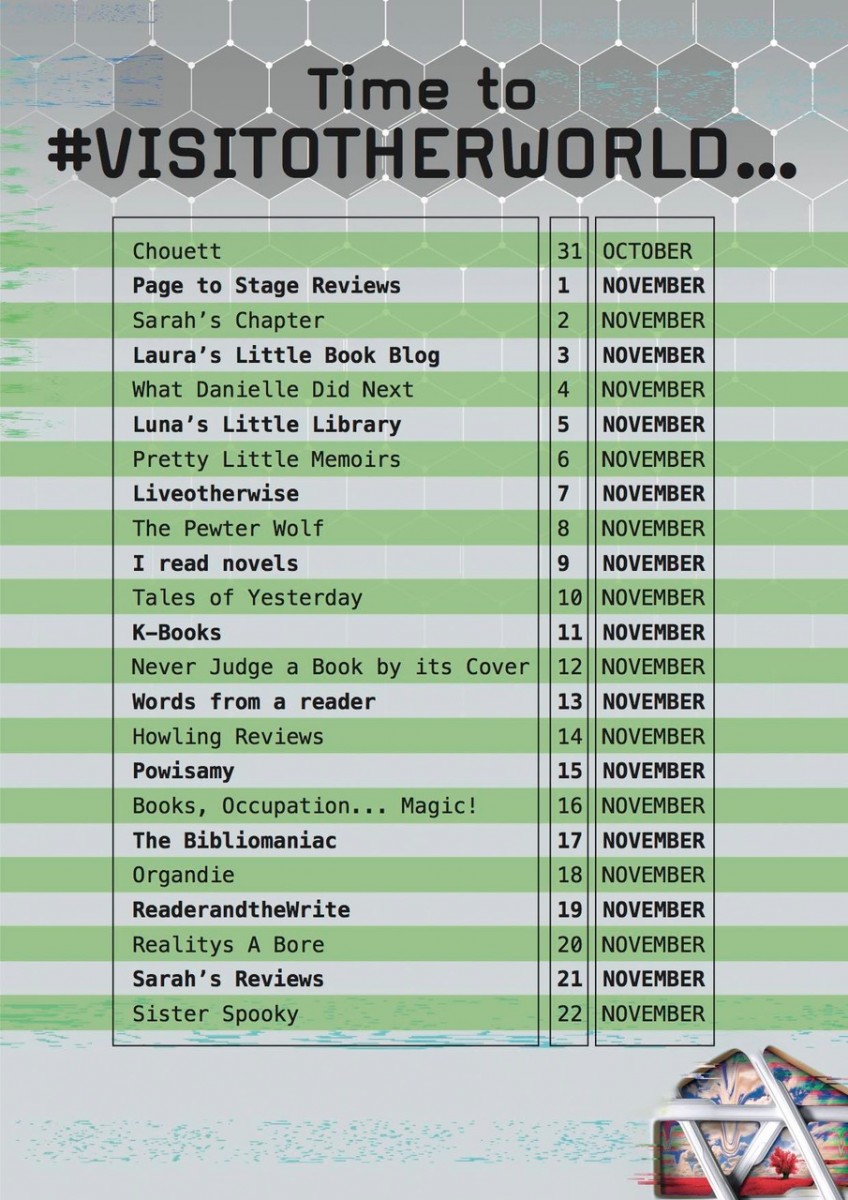 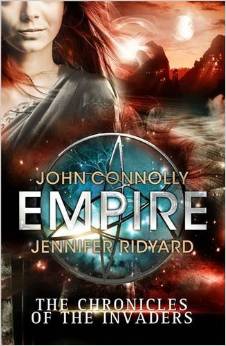 Empire (Chronicles of the Invaders 2)

As a first book to kick off 2015, and my new Read 52 challenge, this has set the bar high – it’s an excellent read. I would recommend starting with Conquest (Chronicles of the Invaders 1)

, obviously if you’ve not already read it though (thought I’d reviewed it but I don’t seem to have done, I’ll try to pop a review up soon).

Anyway, to set the scene here’s the blurb

EMPIRE is the follow-up to CONQUEST in the epic Chronicles of the Invaders trilogy by John Connolly and Jennifer Ridyard. As captivating as Pittacus Lore’s I AM NUMBER FOUR; as vividly realised as Veronica Roth’s DIVERGENT.

She is the trophy of a civilization at war with itself.

He is its rebel captive.

Separated by millions of light years, they will fight to be united.

And they will risk everything to make their world – all worlds – right again.

Now, I’ve read (and reviewed) I am Number Four recently, and I’ve got to say that I don’t think it compares to Empire at all, this is a much better read. Conquest (book 1) was a good read, set on an invaded and occupied Earth and with two lead characters, the first alien to have been born on Earth, Syll Hellais, and a teenage member of the resistance Paul Kerr. I won’t go into detail but suffice it to say that our heros by book two are both captive of a sort – Paul has been conscripted to the Illyri battle brigades and Syll is with the Nairene sisterhood, the religious order which forms part of the power structure of the invaders.

There’s more to the story than that, obviously, and this rackets along at a really good pace. Alien planets, power struggles, mystical powers, you name it, it’s here. Oh, and the occasional smattering of romance, but not much of that given the two main characters are separated by half a galaxy. Although this is labelled YA, there’s nothing to distinguish it from any good science fiction I’ve read, and the label certainly shouldn’t put off any readers. (Does it ever? Certainly not something that occurs to me to worry about.)

In fact, if it weren’t for the occasional passage stressing the youth of our protagonists, it would be easy to forget that this is YA at all. And that may be my only slight criticism, that they are both rather mature for their age and situation. Fair enough with the boy who has grown up on the captive world – surviving to 18 would probably make him old beyond his years. Syll though, pampered princess (effectively) seems to have got very street wise very quickly, and develops in other directions with surprising speed as well. Not that much of a criticism though, both characters are well rounded, with flaws as well as strengths, and they make mistakes as you’d expect.

No, the only real problem with this book is having to wait for the sequel. I have already commenced *patiently* stalking the authors on twitter, do feel free to join me 😉