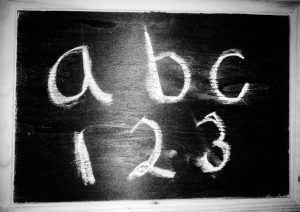 Only if you’re a Labour politician.

To: Department for Education

To ask the Secretary of State for Education, if she will make it her policy to collect information on the (a) number, (b) religion and (c) ethnicity of children being homeschooled in England.

There are no current plans to collect personal information on children receiving elective home education. The Department for Education is aware, however, of some concerns amongst local authorities about the information they have on such children in their areas. We have recently begun discussions with a range of representative bodies about these concerns and other home education issues, especially in relation to safeguarding

Oh, really. Some concerns in local authorities exist regarding home education, especially in relation to safeguarding. I’ve said it before, and I’ll say it again, home education is NOT, in and of itself, a safeguarding issue. Conflating the two is ignorant and offensive. School is NOT a child welfare solution.

Are we clear now?

I will finish on something that still bugs me from my days as Chair of the Children, Schools and Families Committee—something on which the present Chair of the Education Committee and I disagreed in those days. I am very worried that we do not know where a number of children in our country are or what stimulation and schooling they are getting. I am really worried about home schooling. In my constituency and others, I find a lax attitude to home schooling, and the ease with which people can say a child is being home schooled is dangerous territory. When it was confined to a small number of middle-class families who thought their child might be bullied at school and needed that home support, it was perhaps something we could tolerate, but I always thought that we ought to know where every child is in this country

I am also worried that people from a strong faith background are choosing to use home schooling. I see it going on in my own community and know it is going on in other communities. I have a lot of evidence that the home school is not genuinely in the home, and the children are ending up in scruffy little back rooms being taught in a way that I do not approve of. I believe that we should know what children are being taught and how they are being taught.

I think the hon. Gentleman will get an extra minute if he is lucky. May I say to him that I do not believe he does have an evidence base of any sort for these slurs against home-educating families up and down the country? Why do we not seek a point of agreement that what we should do is try to establish a better evidence base about what is happening in home schooling? If we did that, we could talk on the basis of evidence, rather than slur and anecdote.

When the hon. Gentleman and I were on the Select Committee looking at this subject we disagreed, and we will continue to do so. The increasing evidence of the larger number of home schooled children is a worry in any society. This week, we had a statement on what was happening to children in one town. I believe we have a duty as parliamentarians to know where every child is, what the curriculum is and what the qualifications are of the people looking after them.

I apologise for the lengthy quotes above. But I wanted to give you the full background.

I want to show you what this particular elected representative thinks of us, parents. If you’re in a minority of slightly awkward middle class families, determined to be different, your home education can perhaps be excused. But if the numbers increase. If non middle class families start doing it. If “people from a strong faith background” (I’m not quite sure what this phrase is alluding to, but I can’t see he means it as anything good) get involved, then he wants to know where every child is, what the curriculum is and what the qualifications are of the carer.

(I’ve half a mind to suggest that every home educator send him a diary for a week. I’m sure that would hugely improve the safety of home educated children everywhere. Would that build the evidence base they are looking for?)

Children don’t grow to a curriculum. One of the many reasons that parents choose to home educate is to be able to offer education suitable to the individual child, because a one size fits all system of education doesn’t work.

And parents don’t have to be qualified to parent. (Pauses for a moment to imagine precisely how that could be achieved. Mandatory contraception until you passed a parenting class??) And *we* are in charge of our children’s care, and our children’s education. We may choose to delegate to schools, and schools require inspection so that the left hand knows what the right is doing. Parents don’t require inspection, the family unit is the family unit, and there is still a right to privacy within it (I despair when people point to the family right to a private life as if it is a bad thing. Do you *want* to live in a house with glass walls where everyone knows what you are doing at all times? Privacy is not about hiding, it’s about being private. Think about it.)

The state is the parent of last resort, to step in when a family fails. And it’s not very good at it. Before you come gunning for families, Mr Sheerman, how about you sort out the child protection scandals within the organisations that are *supposed* to be there to protect children?

When we defeated Badman during the last Labour government, we knew it was but a battle in a war. If Labour get in again at the next general election they will again attempt to override family rights and privacies for the common good. This is laying the groundwork for that attack.