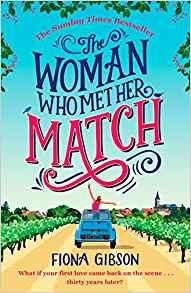 After yet another disaster, Lorrie is calling time on online dating. She might be single in her forties, but she’s got a good job, wonderful children and she’s happy. This, Lorrie decides, is going to have to be enough.

That is, until she receives a very unexpected request from France. Antoine Rousseau, who had once turned a lonely French exchange trip into a summer of romance, wants to see her – after thirty years.

But Lorrie is a responsible woman. She can’t exactly run off to Nice with the man who broke her teenage heart . . . can she?

As part of the blog tour for The Woman Who Met Her Match by Fiona Gibson, I’m very pleased to be hosting a guest post from Fiona.

WHAT I’D LIKE TO TELL MY YOUNGER SELF / FIONA GIBSON

How do you feel about growing older? Certain aspects I could do without. I won’t pretend to love the odd niggling aches, or my hair rapidly dehydrating, while another sort of hair suddenly pokes, defiantly, out of my chin. I’m not crazy about having to buy my clothes in posher stores (whereas an eighteen year-old can look great in an £8.99 dress, I most definitely do not). But having said all that, there’s one aspect of being older which knocks the sock off one’s wrinkle free youth – and that’s reaching a point in life where you know stuff.

It’s a definite benefit of just getting on with life, making a ton of mistakes and learning a few lessons along the way. Here’s what my current 52 year-old self would like to tell the young girl I once was…

– Stop worrying! Seriously – you worry so much about what people think of you, specifically your parents and colleagues but really, pretty much anyone you happen to encounter. You know you’re a bit loud, but really you’re quite shy and insecure underneath. Please believe me that it really doesn’t matter whether everyone likes you or not. Plenty of people do, and they’re the ones who matter. Life will become instantly less stressful if you just try to relax.

– A note on friends. These are the people who will bring you great joy throughout life. Don’t judge them, and do forgive their careless mistakes – because you’ll make plenty of your own. Never take them for granted. Nurture these friends and you will still be crying with laughter on a beach, drink in hand, in your dotage.

– Career-wise, you’re ambitious and love your job more than almost anything else in your life. This will change as you grow older, settle down and have a family, and that’s fine; earning a living will fit in around many other things. Right now, you think nothing of grafting away at your desk at 10 pm. However, you may be surprised by your urge to have a family and the joy they bring you too.

– Don’t panic: having children will not mean the end of your working life forever. They are only young for a very short time. You can scale down your job, then scale it up again. It is entirely possible – life has a habit of being very accommodating in this way. To inspire you and cheer you along, you’ll be surrounded by brilliant, hard-working, resourceful women all managing to do precisely that.

– A note on your parents. When your mum starts to need daily help – and it turns out she has an incurable illness – you’ll panic at first, and feel terrified that you won’t be able to manage. But you’re not alone; your family, friends and the health professionals you end up getting to know will be brilliant. And you will cope.

– A note on your naturally light brown hair. Please, never again have it cropped short and dyed black – unless you want to look like Hitler.

– Drink some water from time to time.

– Stop fixating on your supposed ‘faults.’ Yes, your nose is quite large (just like your dad’s), and that’s why they called you Concorde at school – but it’s not massive. Well, not that massive. Although you won’t believe me now, you will never have an operation on it.

– Gin jelly does not count as ‘food’.

– I’m sorry, but hangovers will become much, much worse as you grow older. By the time you hit your late thirties, you will no longer be able to shrug them off with a bacon sandwich and a can of Coke. In the worst worst cases, they can be mistaken for full-on mental collapse. But, fear not – all is not lost! You can still go out, have fun, dance madly and drink alcohol. You will still overdo it sometimes – perhaps you will never entirely get to grips with the concept of ‘moderation’ – but the occasion has to warrant the morning after. In other words, the hangover after a night on the lash with your best women friends is most definitely worth it. The one caused by slugging tepid Echo Falls at the kitchen table probably isn’t.

– Don’t sell your records. In a few years’ time you’ll want them all back.

– Finally, yes, it might feel as if there are many things to worry about right now – but, honestly, growing older shouldn’t be one of them. It’s fine, it really is. Of course, you’ll look older – so will everyone else – but underneath you’ll be exactly the same as you are now. In fact, in many ways, life is better as an older person. You won’t lose as many jackets. The friends who matter will still be your friends. And there will even be some food in your fridge.

I really rather love this. And I’m enjoying the book – not least because I might once upon a time have had a boyfriend in Paris… full review to follow when I’ve finished reading!

You can find Fiona on twitter, and the rest of the blogs taking part in the tour below. 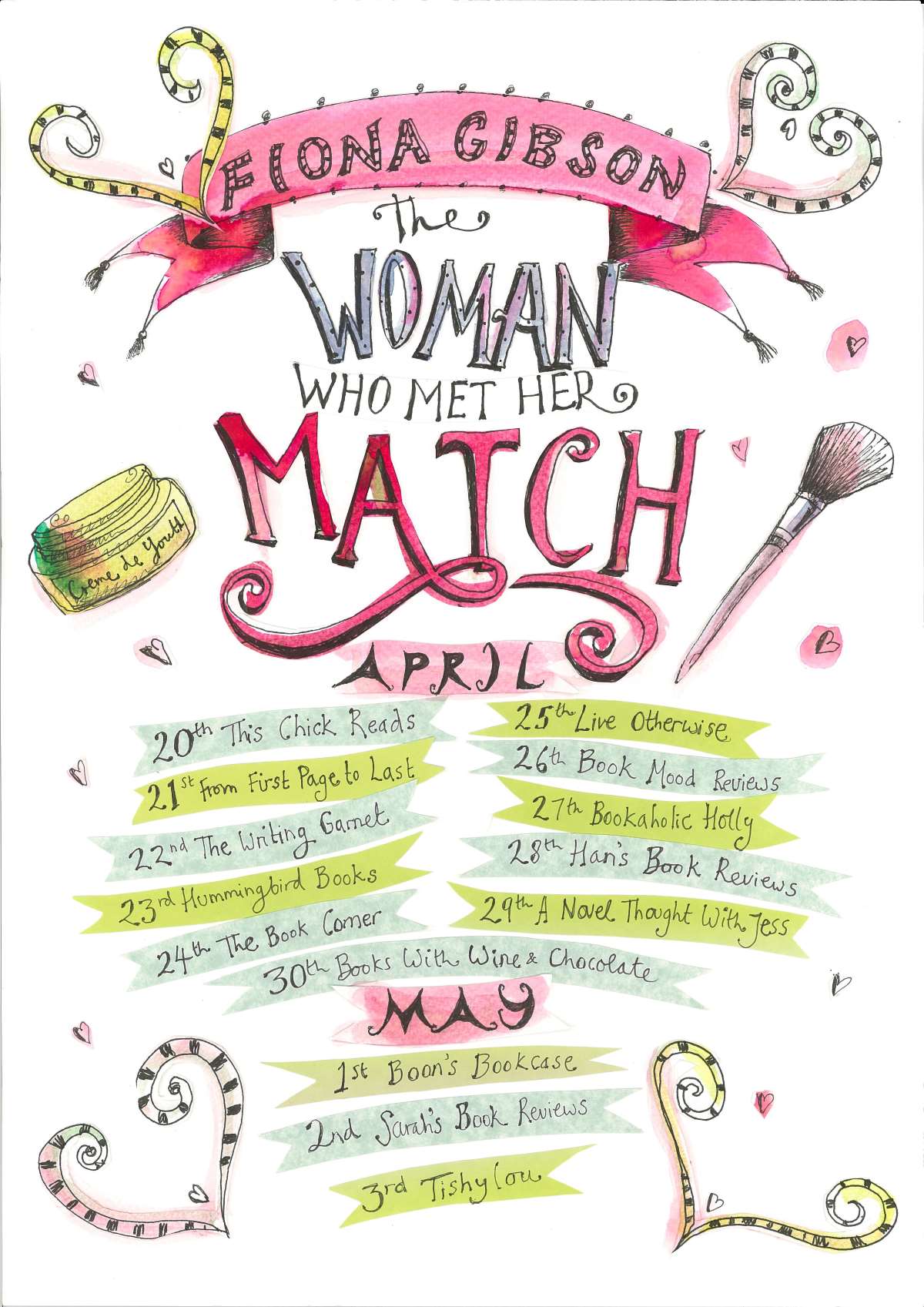