This isn’t really news, because it’s not new. It seems to be fairly endemic throughout all levels of government. For example, this wonderful exchange between the Chairman of the Select Committee and the then Education Secretary, Michael Gove.

Q98 Chair: One is: if “good” requires pupil performance to exceed the national average, and if all schools must be good, how is this mathematically possible?

Michael Gove: By getting better all the time.

Michael Gove: It is possible to get better all the time.

Q100 Chair: Were you better at literacy than numeracy, Secretary of State?

But it’s not Michael Gove in my crosshairs today. Not even a stray health visitor or midwife. No, it’s Ofsted and the Department of Education together who have come up with a jolly wheeze. They want to make it easier for schools to ‘recruit’ two year olds by changing the regulations around inspection.

A Department for Education spokesman said: “No child should start school behind their peers. This is why as part of our plan for education we are committed to providing flexible, affordable and good quality childcare, giving parents real choice.

Oh dear. Oh very dear. Let’s look at that closely shall we?

“No child should start school behind their peers.”

We’ll assume that he means age peers, or the sentence has no meaning whatsoever. So if we go into it closely, what could he mean?

There are a number of useful skills for a school based education. Remember that this usually starts at age 4 in this country, even though the legally required education start age is actually the term after the 5th birthday. What should our 4 year olds be able to do? Sit, listen? Put on their own coat, dress and undress themselves? Hold a pencil, make marks, turn the pages of a book? Hold a conversation? All of those skills will be acquired by children slightly differently. Some earlier, some later. And some children won’t have all of them by age 4.

It’s a normal distribution type of thing. (Stay with me.)

Basically, lots of things, when plotted on a graph, come out in this shape.

On this graph, the different kinds of average, mean, median and mode are all at the same place – the top of the curve. It works well if you think about average height. Most people (mode) are in the middle (median) of the range (and you get the mean by adding up all the heights and dividing by the number of people).

BUT there are some caveats. If you’re talking about height, for example, it is possible that some children aren’t reaching the height they could, because they’re malnourished. The answer is to make sure they’ve got access to good food.

And if we look back at when this idea of getting two year olds into schools was floated last year (independent), we find that the suggestion is to eradicate the effects of poverty on their performance.

Here’s a novel idea. Instead of throwing money at the effects of poverty, and coming up with solutions that won’t help, why don’t we address the causes of poverty? Just a thought. (*cough* basic income *cough*) I’m going to be writing more on that very soon, but I think this article is quite long enough already! 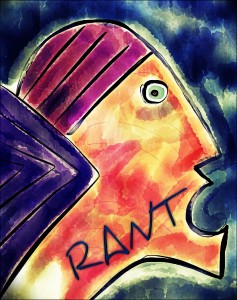 This week the submissions to the select committee inquiry have been made public. Many ppl have blogged their shock about some of the contents, or their pleasure in reading some of the reasoned arguments against the Badman review. Ppl have also wondered why the whole thing hasn’t just been thrown out – but I don’t think the select committee has that kind of power, and I have a bad feeling that when it comes down to it, they are going to do absolutely nothing to help us.

Some of the responses need reading several times over before you really get what’s behind them. I wouldn’t advise that you do this if you have any problems with high blood pressure though.

Take the ofsted response for example. Set aside for a moment the question of why precisely ofsted (the Office for Standards in Education, Children’s Services and Skills) feels the needs to get involved at all here – in my mind it’s nothing to do with them, parents are responsible for children’s education, and ofsted is only responsible for checking out institutions that deliver education on behalf of children.

Nevertheless, they have stuck their oar in. The bit that I’ve had to read and reread and then finally have explained to me slowly is this:

Current guidance states that parents may employ other people to educate their children and that parents are responsible for ‘ensuring that those whom they engage are suitable to have access to children’. Registration would not of itself prevent those who have a conviction for offences against children, including parents, step-parents or privately-employed home tutors, from home educating children. Criminal Records Bureau (CRB) checks should be a requirement of registration.

I thought that this meant that parents would have to ensure that ppl tutoring their children were CRB checked. That’s bad enough when you are talking about group ‘lessons’ where parents are usually still there with their children anyway. Do private tutors engaged by parents of schooled children need to be checked? But if you read it carefully, it can’t mean that. What it actually means is that Ofsted think that all parents and step-parents should be CRB checked as a condition of getting a license to home educate.

I don’t think I’ve ever put this on my blog before. But WTF?

A thousand times no.

And if you’re going down this path, surely you have to CRB check all parents. Remember that children are left alone with their parents for years before mandatory educational age. So when it says as a condition of registration it ought to say as a condition of registration of birth. At which point, if the parents are unsuitable you can have that nice little newborn away from them promptly before they get any bad habits and you’ll easily hit all your adoption targets.

Got a better explanation for what it means? Put it in the usual place.