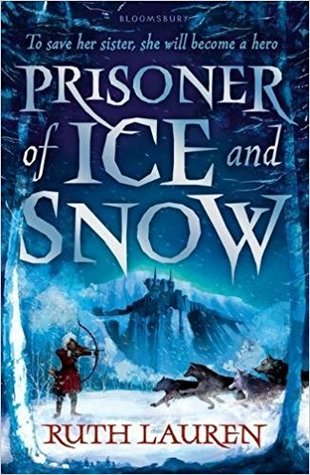 When 13-year-old Valor is sent to jail, she couldn’t be happier. Demidova’s prison for criminal children is exactly where she wants to be. Valor’s twin sister, Sasha, is serving a life sentence for stealing from the royal family, and Valor is going to help her escape…from the inside. Never mind that no one has escaped the prison in centuries.

Valor has a master plan and resources most people could only dream about. But she didn’t count on having to outsmart both the guards and her fellow prisoners. If Valor’s plan is to succeed, she’ll need to make some unlikely allies. And if the plan fails, she and Sasha could end up with fates worse than prison.

I love a good fantasy adventure, and this ticked all the boxes for me. It’s Middle Grade, which is the age level before YA, which made it a very quick read for me, but nonetheless enjoyable. Fun main characters inhabiting a well drawn world – this is an accomplished debut and I look forward to the next instalment. (There *is* going to be a next instalment, right?) It is a little dark in places (these are not adventures where you bruise your knee, dust yourself off and are home for supper), and I certainly wouldn’t hand it to Smallest just now, who is on the nervous side as a reader, but it’s definitely one I would keep on the shelf for her in a couple of years time. By which time I’ll have the next instalment, right? If I had a criticism it’s that some of the supporting characters could do with a bit more attention to flesh them out a little, but I think that’s a casualty of the age category rather than the writing.

Very much looking forward to seeing what comes next, and hoping that it’s soon!

Disclosure: I was supplied a copy of this book by Bloomsbury via Netgalley for the purposes of review. Amazon links are affiliate links. 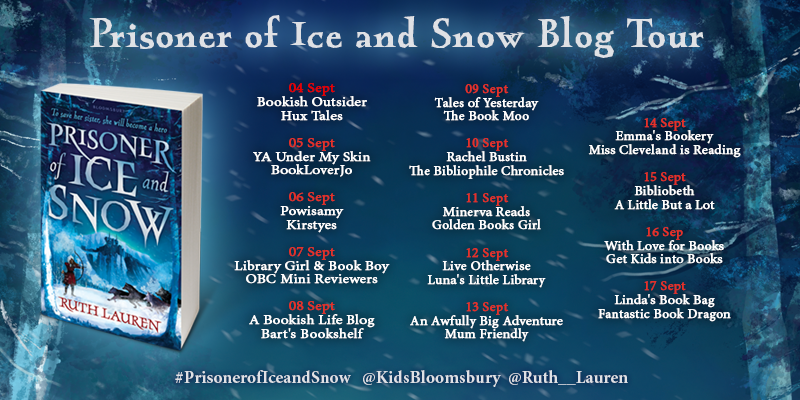 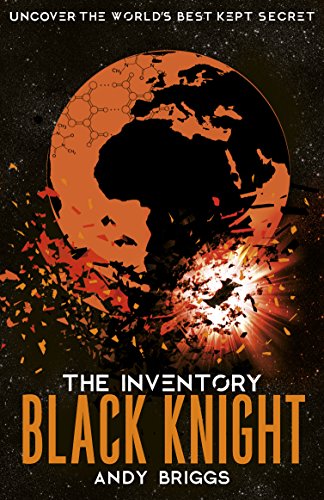 Dev and his friends are back with more mind-bending tech in this third instalment of the Inventory series. This time they are tasked with training new recruits to defend the Inventory’s incredible inventions. But will they be ready for action before Shadow Helix’s next strike?

First of all, why not catch up on Small’s thoughts on book one and book two of Andy Brigg’s The Inventory series? Now that you’re all set, you’re ready to hear what he thought of book three, Black Knight, aren’t you?

We’re going for a slightly different format this time around. Small is currently up to his neck working on a game for a competition submission so I’m trying a Q & A format on him.

Me: Tell me a positive about the book.

Me: OK, that was a bit too unspecific wasn’t it? Let’s try a different tack. Is there a sense of continuity from the previous books? Or do they stand alone?

Him: There’s no need to scan back – the required details are explained that you can just pick up and go without reading the previous books.

Me: Would you recommend this book to a friend?

Him: I would, but I would suggest reading the first two first to get the full story, it’s worth it.

. You have coding to do don’t you? Off you go then.

Hm. Not sure that worked an awful lot better than locking him in a room to write a review. Sorry Andy! if it’s any consolation, next child is nearly old enough to take over reading this series… (contemplates trying to get Smallest to write reviews. Cries.)

Anyway, to make it worth your while being here, a giveaway. 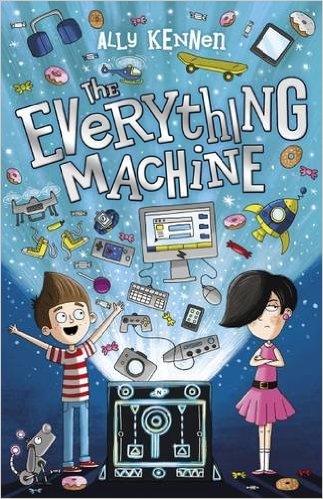 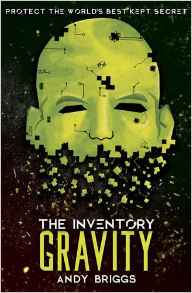 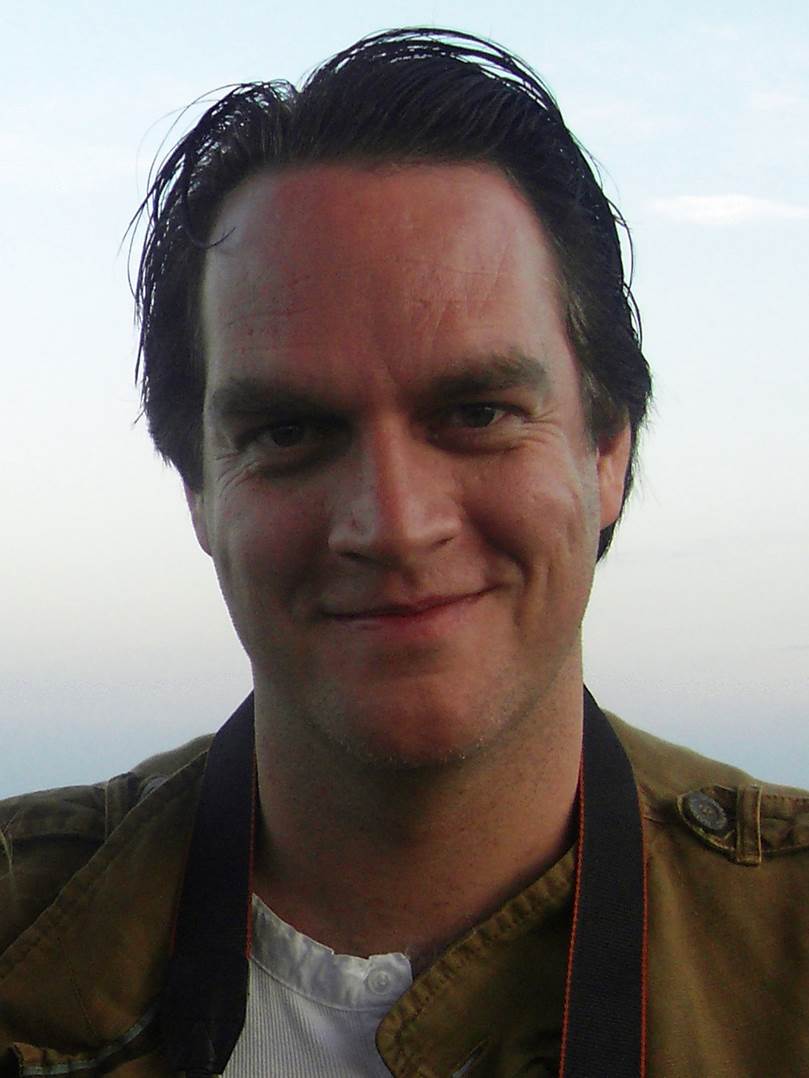 When Big was around 12 or 13 she read pretty much constantly, often books I was interested in – we’d rush to be first at a new YA, and wait impatiently for the other to finish so that we could discuss it.

Small is a different kettle of fish. Although he is an extremely competent reader, his first pleasure is gaming – anything with a screen. He does read, but it takes something a bit special to tempt him away from his games. Having said that, he goes to bed every night with an audio book, and discovering that we can borrow them from the library was a massive relief – there’s only so many times even the most ardent HP fan can listen to the dulcet tones of Stephen Fry. 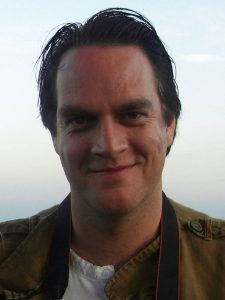 This was how we found Andy Briggs (twitter and website) – via his hero.com and villain.net books. (Do authors get PLR on audio books? I do hope so!) Which meant that when I was offered the start of his new series for review I leapt at the chance, on Small’s behalf of course. The book’s arrival tied in beautifully with a weekend away at Kentwell Hall, which meant no audio books or gaming as we were caravanning.

Small employs a first chapter rule on assessing books – that’s the minimum he reads to decide whether he’ll go on. After a few minutes reading, I asked how it was going. “I’m on page 37” was the reply – first chapter rule passed with flying colours. He read the whole book in two evenings, and really enjoyed it.

Writing reviews isn’t his favourite activity – but I asked him to supply a paragraph anyway, so here you go.

I’ve read and enjoyed previous books by Andy Briggs, so when I was given The Inventory: Iron Fist I was definitely interested. The first thing I thought about it was that its concept is very similar to the SCP Foundation Wiki or Warehouse 13- A location or organization dedicated to containment of unusual objects. In The Inventory’s case, it’s made to store highly advanced technology deemed too much for the world to deal with (whereas Warehouse 13 is dedicated to practically anything weird and SCP Foundation by definition studies anomalous objects), which, as an occasional reader of SCP Foundation myself, I found slightly disappointing- The idea’s been done before, and it’s not massively outlandish on its own, so this book definitely doesn’t get many points for originality. The character types used aren’t particularly new either- super-genius, stupid bully, and popular girl. But whether or not it’s original it’s still quite an entertaining read and got several laughs out of me.

I’m going to go with that being a positive response 🙂 (He’s 12. Enthusiasm is not his middle name!)

The Rules: if you find a secret inventory of utterly deadly battle tech.

3) Do NOT let thieves in behind you.

What’s more secret than top-secret? The Inventory. Home to the deadliest inventions the world isn’t ready for. Invisible camouflage. HoverBoots. Indestructible metals. Plus a giant creature of chaos: war robot Iron Fist. No one has ever broken past the state-of- the-art AI security system. (Seriously, most bad guys have no idea this stuff is even there.)

Problem 1: the security robot wasn’t ready for a gang of kids wandering in.

Problem 2: they’ve ONLY brought the ruthless Shadow Helix gang in behind them. Seriously dumb, but it’s a bit late for ‘sorry’.

Say hello to trouble: the Iron Fist is in the wrong hands!

If you are, I’ve good news for you. I have a copy to give away! Entry via the rafflecopter widget below – good luck. 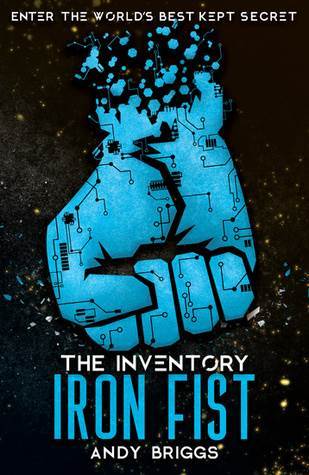 And if you’re not lucky, you can buy via Amazon (affiliate) Iron Fist (The Inventory)

Disclosure: we were supplied with a copy of Iron Fist for review, links may be affiliate links.