So, last week I wrote about the Montessori method and materials. I recommended a couple of books – I’ve now found Montessori’s Own Handbook (kindle)

for just 36p. I can’t resist that myself quite frankly!

I also talked about making my own version of a spindle box. (The spindle box is discussed in Discovery of the Child

.) Today I actually made it.

The materials – a file box, 5 toilet rolls, double sided sticky tape (Blue Peter eat your heart out) and stickers. You’ll probably need scissors and a pen too. (I did.) 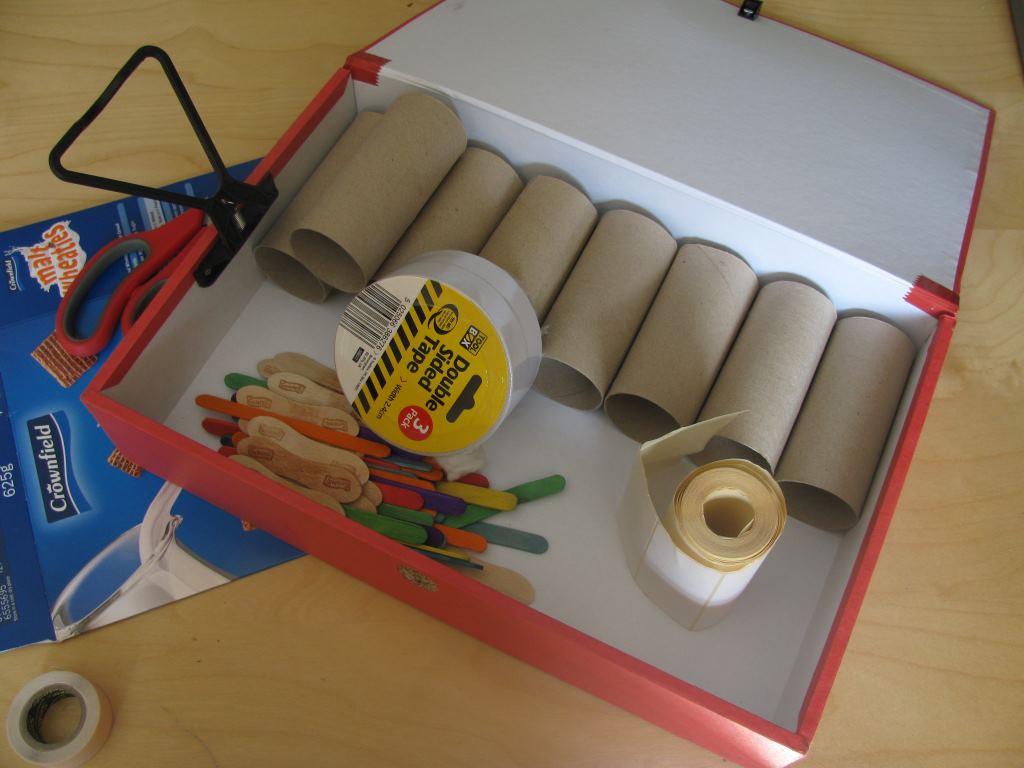 I took the hinge thing out of the file box, and cut the toilet rolls in half, giving me 10 half rolls to use as compartments. 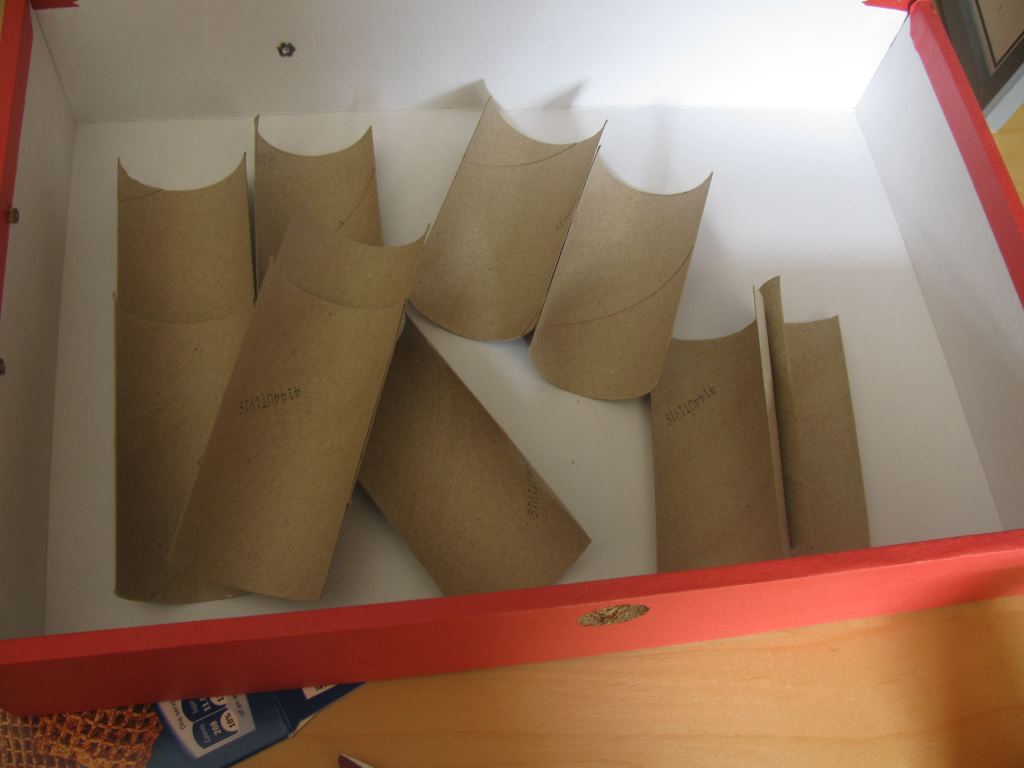 There are three pieces of double sided sticky tape running across the box, waiting for the toilet roll compartments. 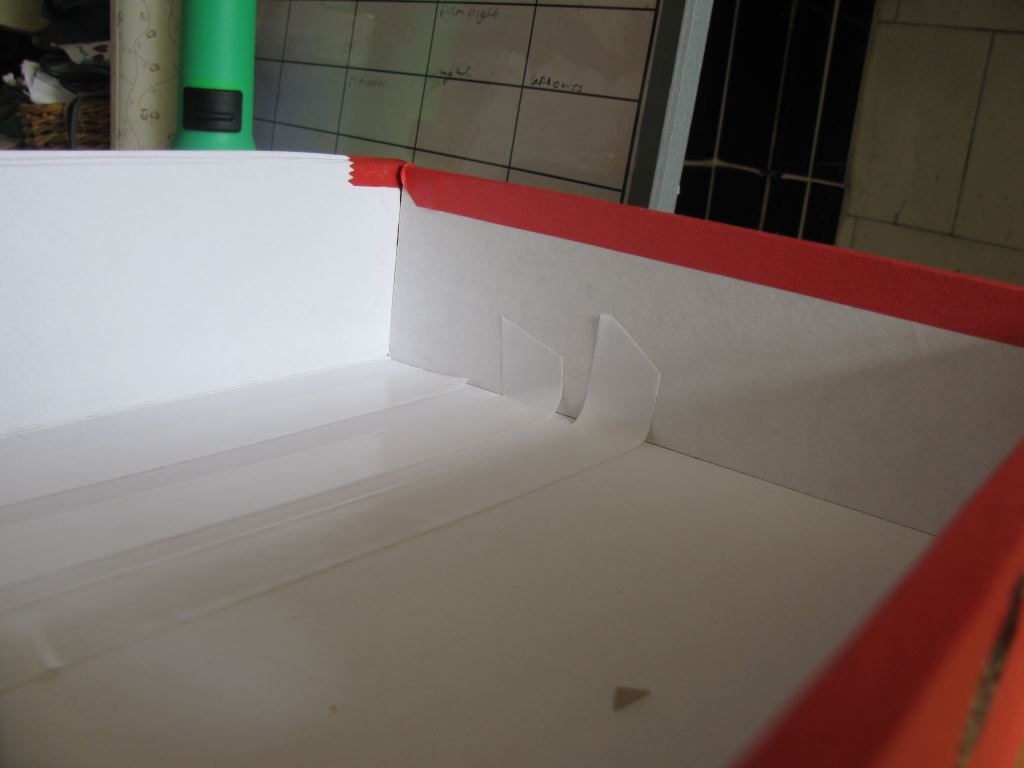 First of all, I stuck the toilet roll halves together, figuring that this would stabilise the construction. 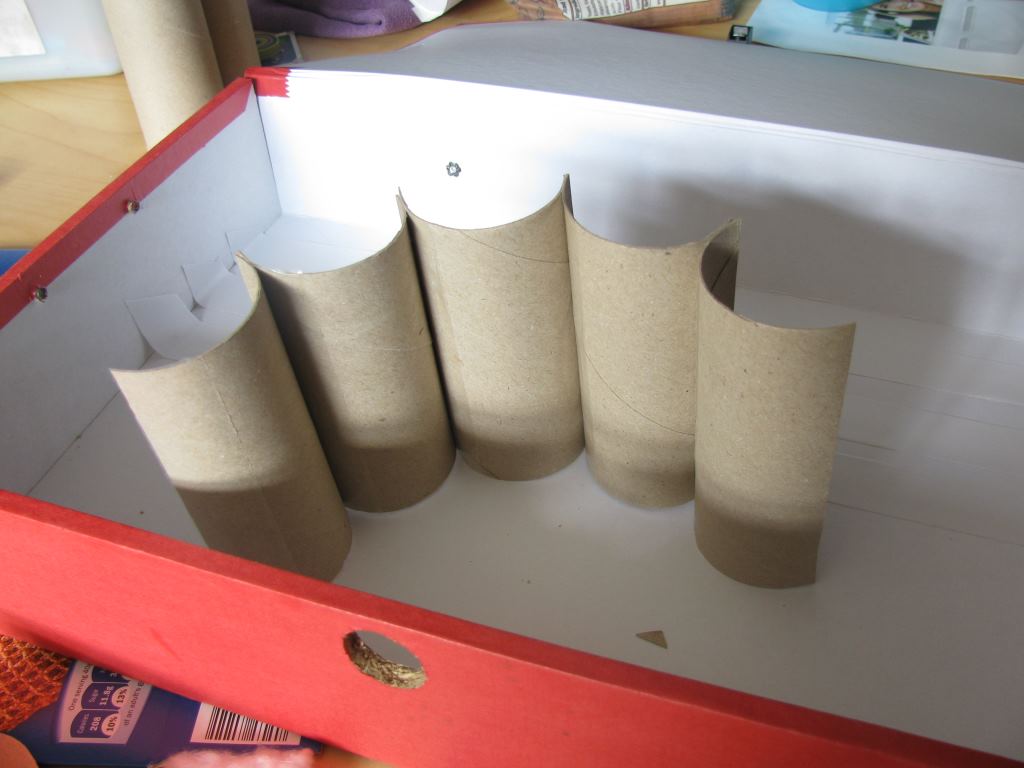 All ten in a row. 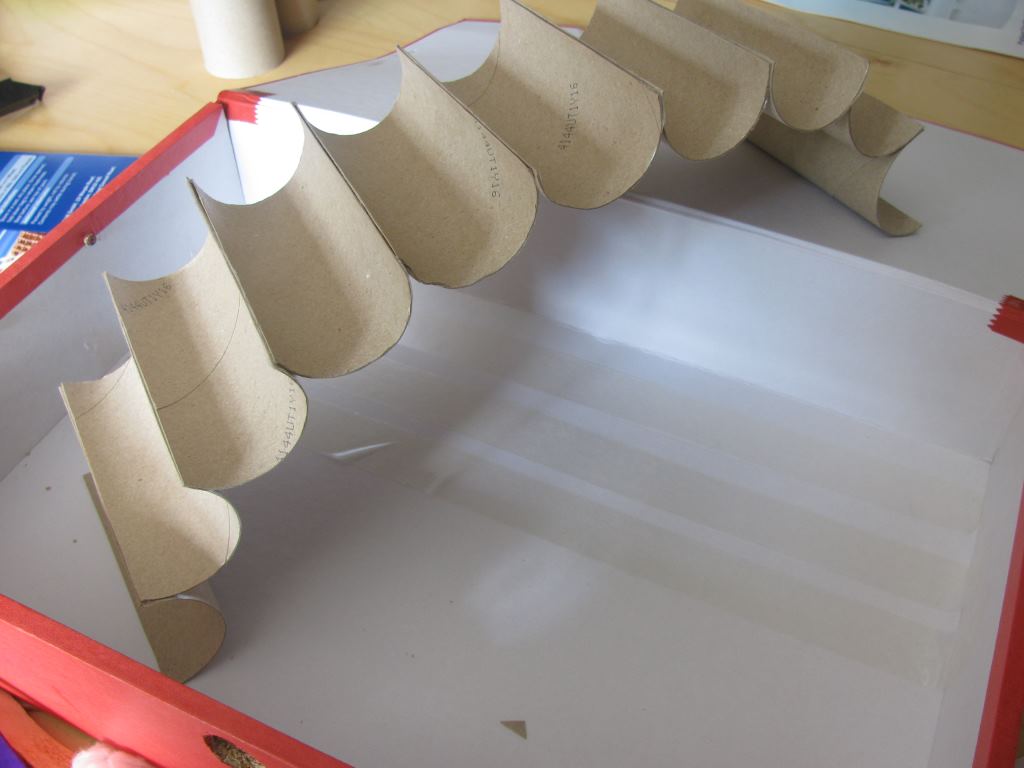 Now with the compartments stuck together and stuck down, it’s starting to look like a spindle box should. Just needs the numbers. 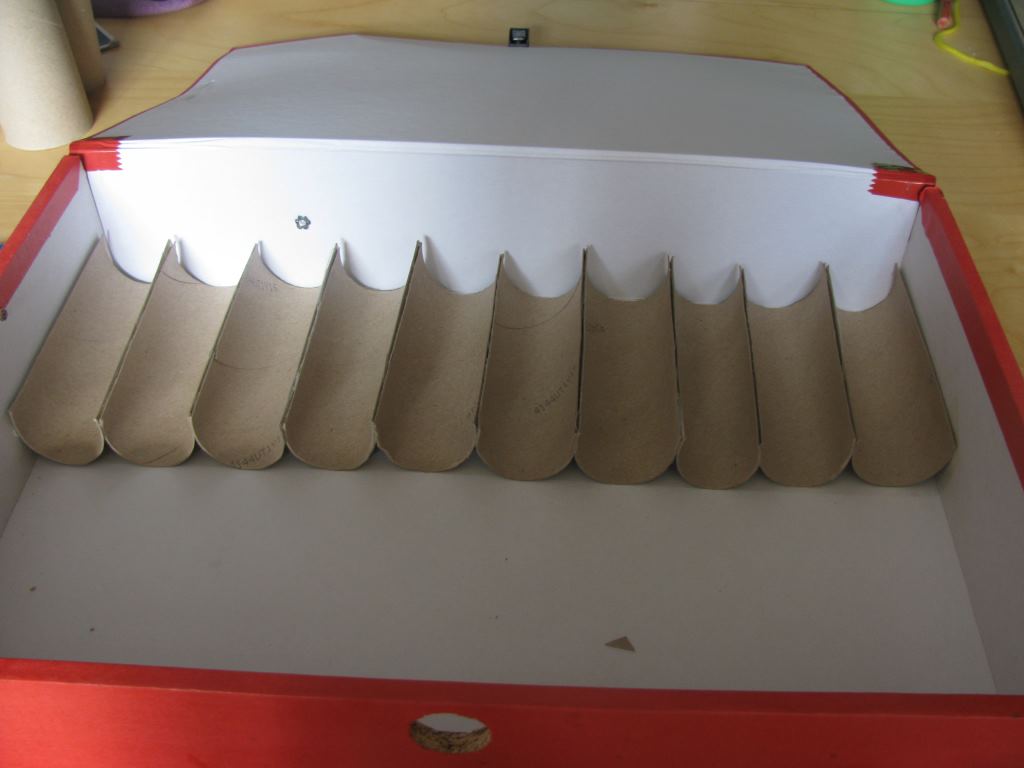 And here they are. Zero to five, written in and stuck down. 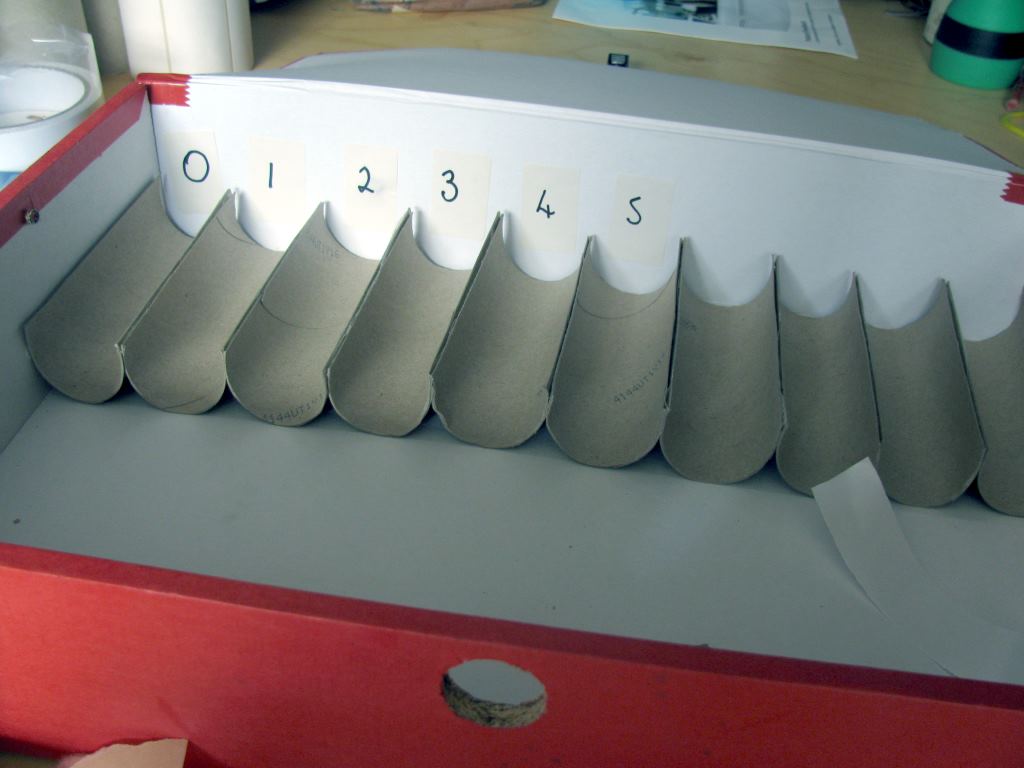 Ready and waiting for a child to interact. 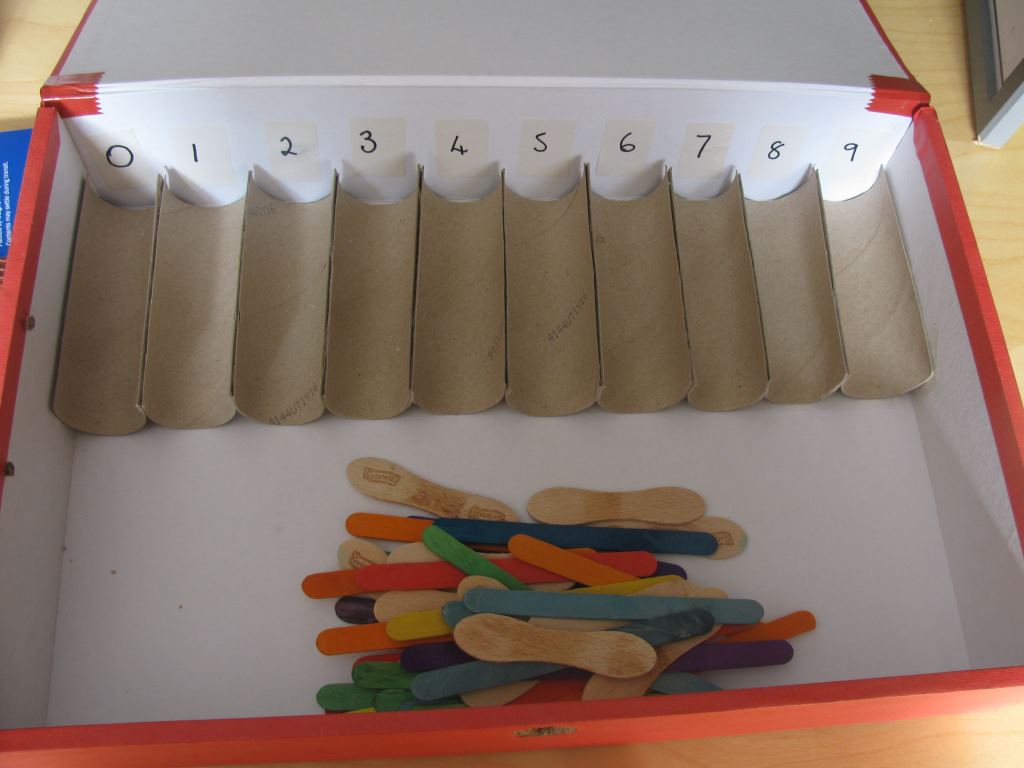 With spindles. Every bought box I’ve seen has been beautiful wood with pleasing identical wooden spindles. My box is using craft and recycled lolly sticks. I actually rather like the effect. (You provide exactly 45 – if the child goes wrong somewhere along the way they will either run out or have spindles left over. That’s the self correcting aspect of the box. Of course, they could make two mistakes that cancel each other out, but this is less likely.) 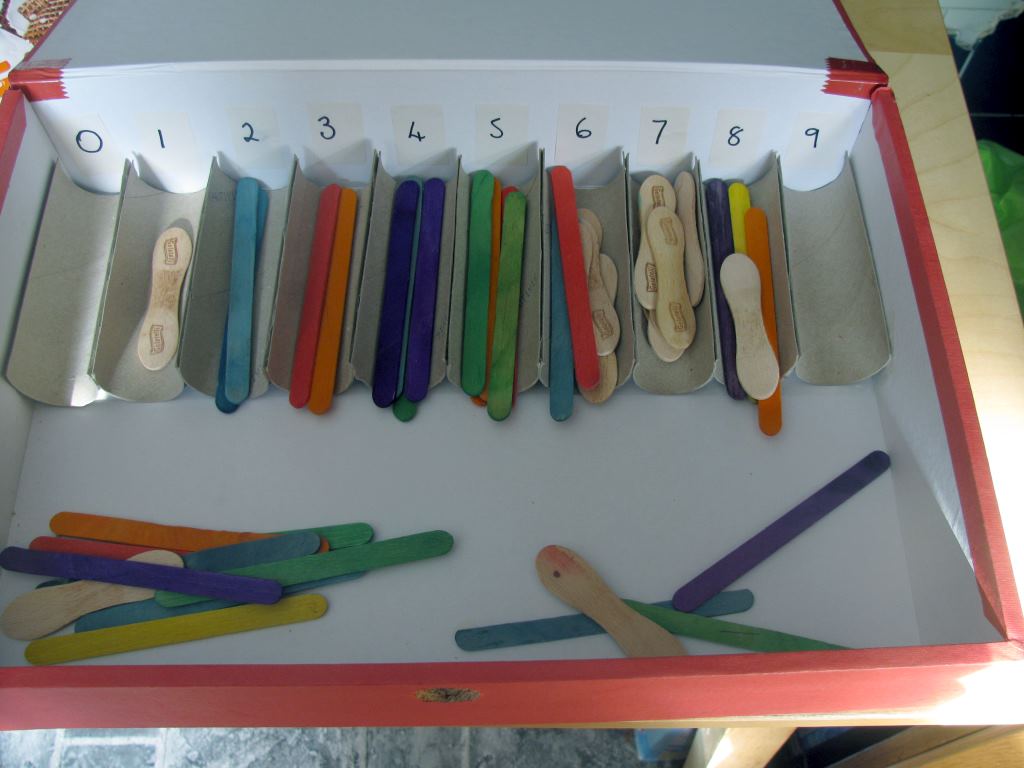 The spindle box is used to link concrete numbers of items with the abstract numbers, and reinforce the nothingness of 0. You can find the lesson in Shu-Chen Jenny Yen online montessori albums here. We’ve already had one good run through with Smallest (although we weren’t sat in a good position for me to take pictures) and it led to an excellent discussion of zero. I’ll also make a zero game (again) which is just slips of paper with numbers written on, kept in a basket or box. Then you take it in turns to pull out a number, and perform an action, like clapping, according to your number. If you get 0, that means no claps.

It’s more fun that it sounds, and can be quite hilarious 🙂 Good article about the zero lesson on Muddlepuddle here.