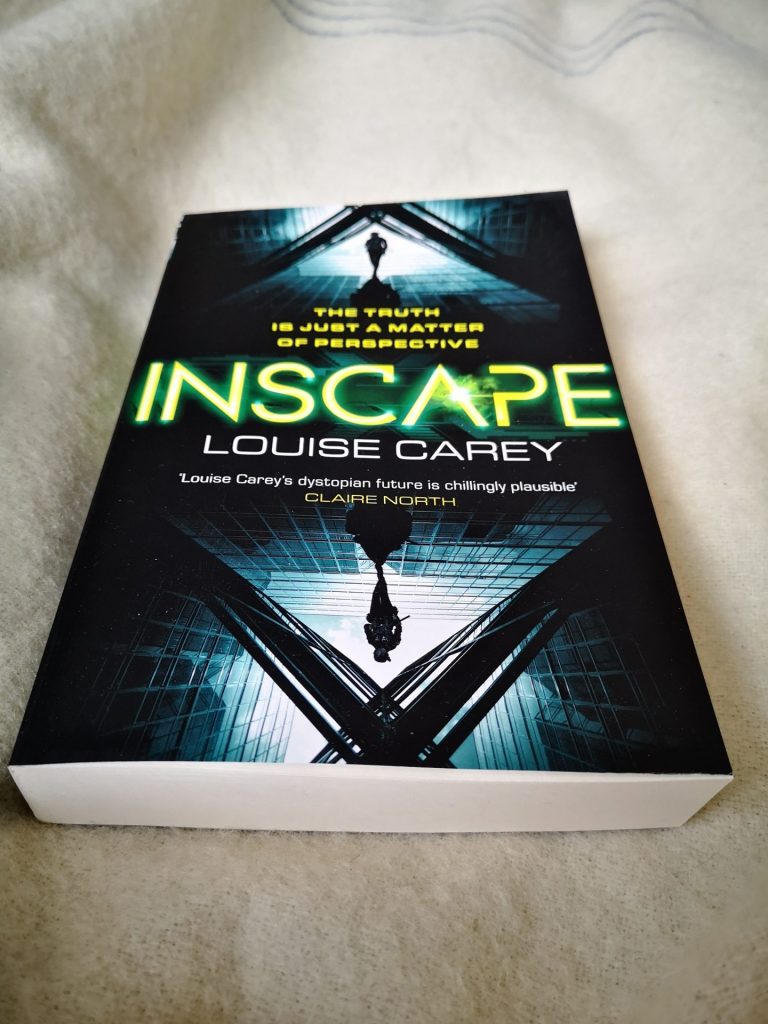 Inscape by Louise Carey publishes on 21st January. Available from bookshop (affiliate) and other booksellers. Copy supplied free for the purpose of review.

Warning: use of this gate will take you outside of the InTech corporate zone. Different community guidelines may apply, and you may be asked to sign a separate end-user license agreement.

Do you wish to continue?

Tanta has trained all her young life for this. Her very first mission is a code red: to take her team into the unaffiliated zone just outside InTech’s borders and retrieve a stolen hard drive. It should have been quick and simple, but a surprise attack kills two of her colleagues and Tanta barely makes it home alive.

Determined to prove herself and partnered with a colleague whose past is a mystery even to himself, Tanta’s investigation uncovers a sinister conspiracy that makes her question her own loyalties and the motives of everyone she used to trust.

I hate to publish a review post without finishing the book, but despite my best efforts, I’m not quite at the end of Inscape. This doesn’t reflect badly on the book – it’s a great read, rather on my ability to concentrate in current situation. (Please tell me I’m not the only person struggling with the focus needed to actually read a novel at the moment?)

The book is SF that rockets along, told in third person present tense. This isn’t one of my favourites, I usually find it a bit obtrusive, but it’s done very well in this book and has the effect of keeping the pace up and the story really flowing. I can easily see YA readers enjoying this as it sits in that crossover area with many similar characteristics to YA novels.

Tanta, the lead character, is great, and watching her character develop even in the short time span of the book (there’s a lot going on very quickly) is fascinating. I’ve just got to the part where it really starts getting involved, and you should all be impressed I’ve put the book down to write this review. Well worth a look, I recommend this for anyone enjoying futuristic dystopian fiction. 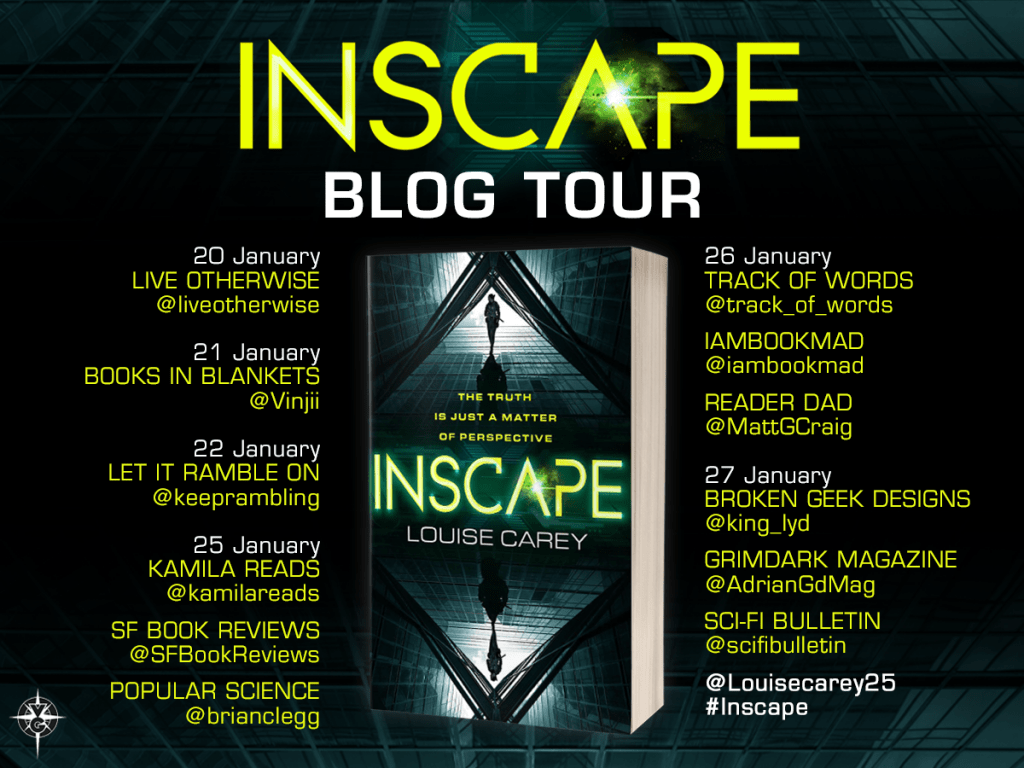 I very much enjoyed Dark Parties by Sara Grant, so I was very happy to be chosen as a Gollancz Geek to review Half Lives.

The blurb from Goodreads.

Present day: Icie is a typical high school teenager – until disaster strikes and her parents send her to find shelter inside a mountain near Las Vegas.

The future: Beckett lives on The Mountain – a sacred place devoted to the Great I AM. He must soon become the leader of his people. But Beckett is forced to break one of the sacred laws, and when the Great I AM does not strike him down, Beckett finds himself starting to question his beliefs.

As Beckett investigates The Mountain’s history, Icie’s story is revealed – along with the terrifying truth of what lies at the heart of The Mountain.

Sara Grant’s HALF LIVES is a dystopian chronicle of the journeys of two unlikely heroes in their race against time to save future generations.

Right, so you’re caught up with the fact that you’re getting two stories in one here? To help you differentiate the two narratives are in different fonts? Or is it typefaces? They look different anyway. Even if they didn’t, there’s a very different feel to the writing of the parts. Icie is a teenager that you feel you could have met. Or if you’re ancient like me, could be parenting 😉 while Beckett is far more remote. She has all the usual hopes and fears of teenage years, like how she can survive without a mobile phone, while he is busy running a society. (I’m trying really hard to avoid spoilers here btw, because I hate that in reviews.)

I found Icie much easier to read, even though I didn’t really like her. She’s shallow and self-centred, even though she knows it, and she’s not a feisty peppy female role model. Which is good, I think it’s possible we’ve had a few too many of them around recently. Beckett quite frankly I wanted to slap, although that might have been the language that he uses – liberally sprinkled with Whatever, Just Sayings and quotes from facebook. You might be beginning to guess where his little society originated. I also felt that his half of the story didn’t really feel all that new – a bit stereotyped after the apocalypse stuff, which is disappointing in an author who feels capable of much more. I was also expecting more of a connection between the two halves of the book – which might just be me misreading some of the blurb that’s actually on the book as opposed to the stuff above from Goodreads. (Can’t check as trapped under sleeping baby. Again.)

But did I enjoy it? Would I recommend it? Yes. I read it in two sittings, having carried it around for weeks trying to find the right moment to sit down and savour. (Tip for those reading while parenting/blogging/tweeting. There are no right moments. Just get off twitter and read.) I’ll be passing it to Big to see what she thinks – she’s only recently read Dark Parties, so it’ll be interesting to see her reaction to this. Particularly as I think she’s rather nearer the target market. For other parents wondering if it’s a suitable read for their teen, there is some violence and sex. As well as apocalyptic doom. So completely up to you.

Disclosure: I was supplied with a copy of this book for review. Opinions are as ever my own. The banner below is an affiliate link to Hive, where you can buy from independent bookshops online, while supporting me too. Win win 🙂