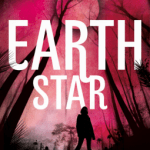 I very much enjoyed Earth Girl, the debut SF from Janet Edwards. So when I saw via twitter that the sequel was being released for review via netgalley, I couldn't wait to get my hands on it. 18-year-old Jarra has a lot to prove. After being awarded one of the military’s highest honours for her … END_OF_DOCUMENT_TOKEN_TO_BE_REPLACED