It’s not the same as home education outside of a pandemic. Which is only to be expected.

But things I’ve learnt over the years of home educating 4 children are still coming in handy. Things like if something doesn’t work, change it.

So we’re flexing a lot, dropping things that don’t work for us, and bringing in other family activities to replace the things we can’t do right now. Board games are popular again. We’ve played Game of Life, Monopoly, and (affiliate link) Dragonwood in the last couple of weeks.

Dragonwood turned out to be particularly educational. The main lesson is to pay attention – Simon and I were figuring out our chances of particular results from our dice rolls, without noticing that the dice aren’t regular 1-6 6 sided dice. They’re 6 sided, yes, but the sides are number 1, 2, 2, 3, 3, 4. Which means you have a completely different set of probabilities going. 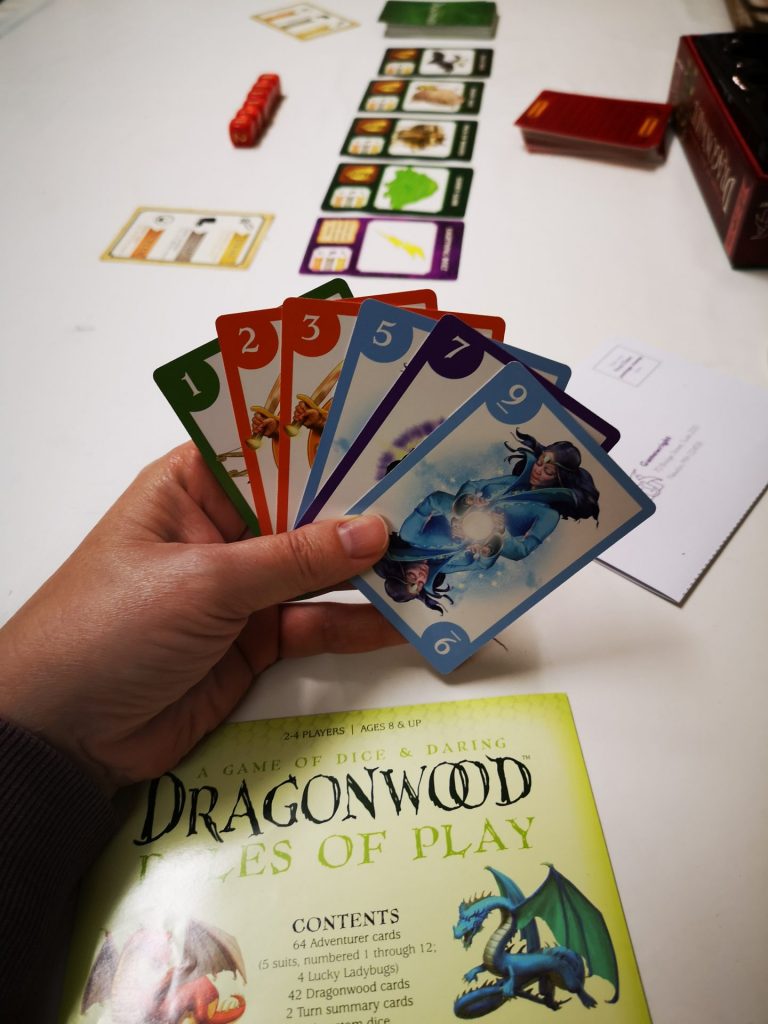 Other things – I’m taking advantage of a lot of online workshops and resources. We did an Etchr lab mini workshop on painting fantasy creatures, which turned out to be very pokemon focussed, making for very happy children. 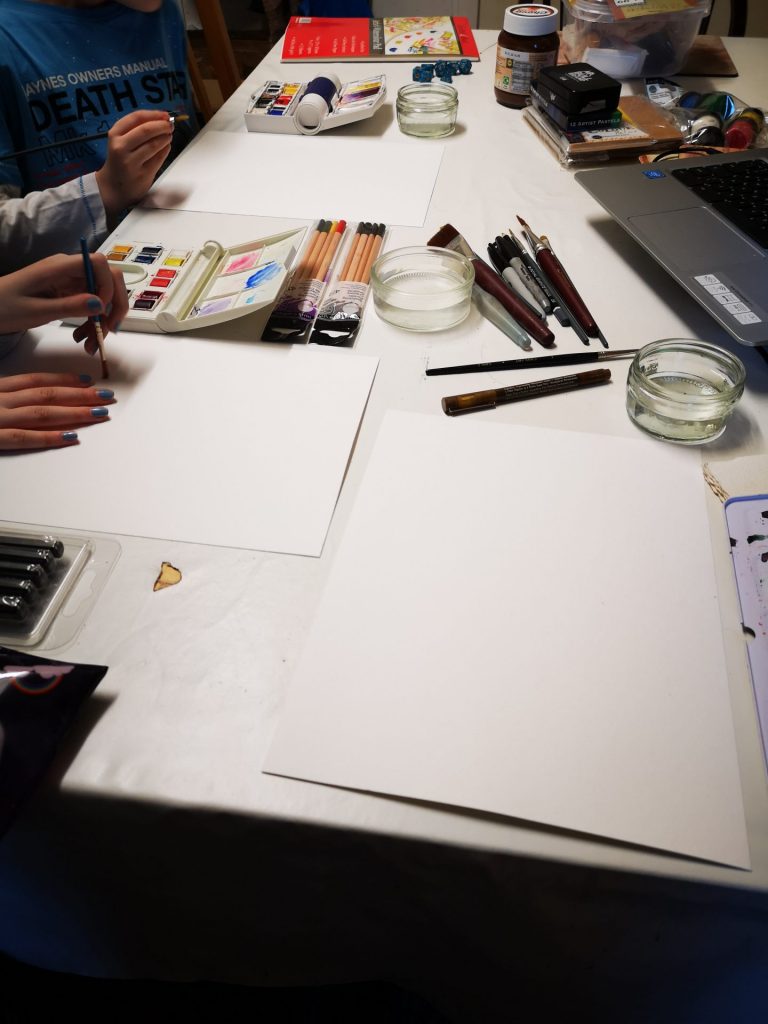 I enjoyed it too, but was at a slight disadvantage in terms of the creatures, which is why my final creation looks more like an orange snail than the fish it’s supposed to be based on. Honest. Highly recommend them anyway, was £5 for a 90 minute session, and there were very few people in the zoom call, so we got to chat with the artist and choose the pokemon we wanted. Brilliant.

The children are having weekly sessions with their local computer club, and nearly daily social zooms too, which has been a lifesaver for keeping up some social contacts for them. We don’t tend to do a lot over winter anyway, but of course we lost all our usual camping and group holidays last year, so zoom is much needed.

Day to day basics are covered with skoolbo, mathletics and duolingo – I added a free French lesson for Tigerboy from Collins Parents but he tells me it was easier than the Duolingo he’s been doing. He’s shown remarkable commitment to that, been really impressed with his dedication.

We’re getting near the end of our current readaloud, so I need to hunt down something to replace it. I might work up a topic based post on it as well, in case Smallest in particular wants to fill out her subject knowledge around the Second World War, which is when the Midnight Guardians is set.

All in all, we’re pottering on much as we would always, but with that awareness that we can’t just do stuff, go out, or meet up with people. And no, it’s not ideal, but we’re doing OK. Hope you all are too.