I have mentioned regularly on social media how dedicated I am to charity shops. We’re fortunate to have around 10 in relatively easy walking distance, and I visit them a couple of times a week. As well as books and clothing, I look carefully at their games, craft and kids sections. Recently I’ve picked up several good board games, and I thought it might be worth sharing a quick review to try to get me back into blogging.

Most recent purchase was Ingenious from Green Board Games. Bought for the princely sum of £2 in Basic Life Charity, and available for your delight and delectation from a number of sellers on Ebay (affiliate link).

I’m pretty sure I’ve seen this played before, possibly at a home ed camp? We didn’t have it though, so I was very happy to see it. My experience with board games is that Green Board Games are a good brand, and I don’t think we’ve had any from there we’ve strongly disliked. 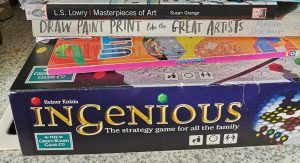 In play, it borrows from dominos. But the pieces are two hexagons on a tile, and the board has hexagon places. You score by counting up the straight lines leading from where you’ve laid your tile, and across the different colours or shapes as the game continues. A nice twist is that your finishing score is actually taken from your weakest score across the shapes, meaning that you have to strategise to play all the colours as you go. Game is for 2-4 players and there’s a team variant, so plenty of ways to involve the whole family. 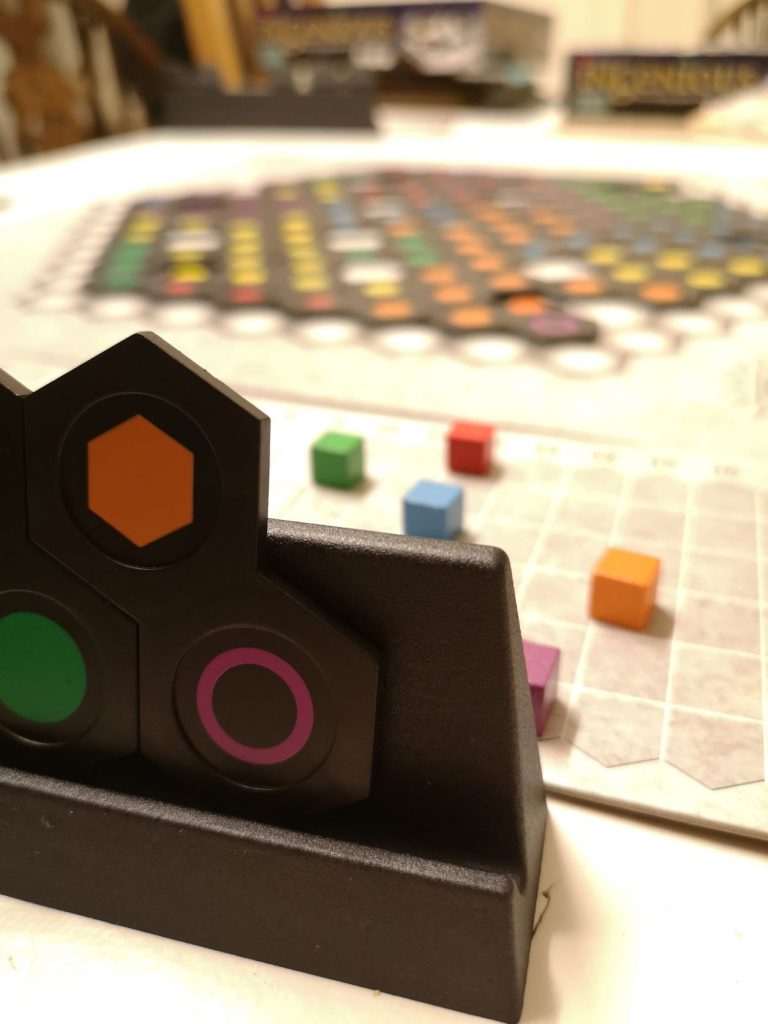 At some point recently also picked up a new copy of an old favourite. Many years ago I set up a coop to buy Set in the US and distribute it to families around the country. I think now you can probably buy it on Amazon, though this was the first time I’ve ever seen it in a charity shop. As I’ve no idea where our old copy went, I was pleased to grab a new one, and it’s been played several times since, including at a home ed group session. Again on Ebay, although most of the copies are in the US I’m afraid. 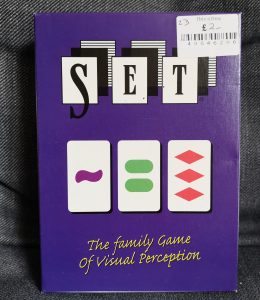 This can be played as a group or as a patience game, and the idea is you have to find the sets. Each attribute must be either all the same, or all different, so you could have all cards with one shape on them, all purple, all solid, but then they’d have to be one of each of the three different shapes. It’s a lot harder to explain than it is to demonstrate. 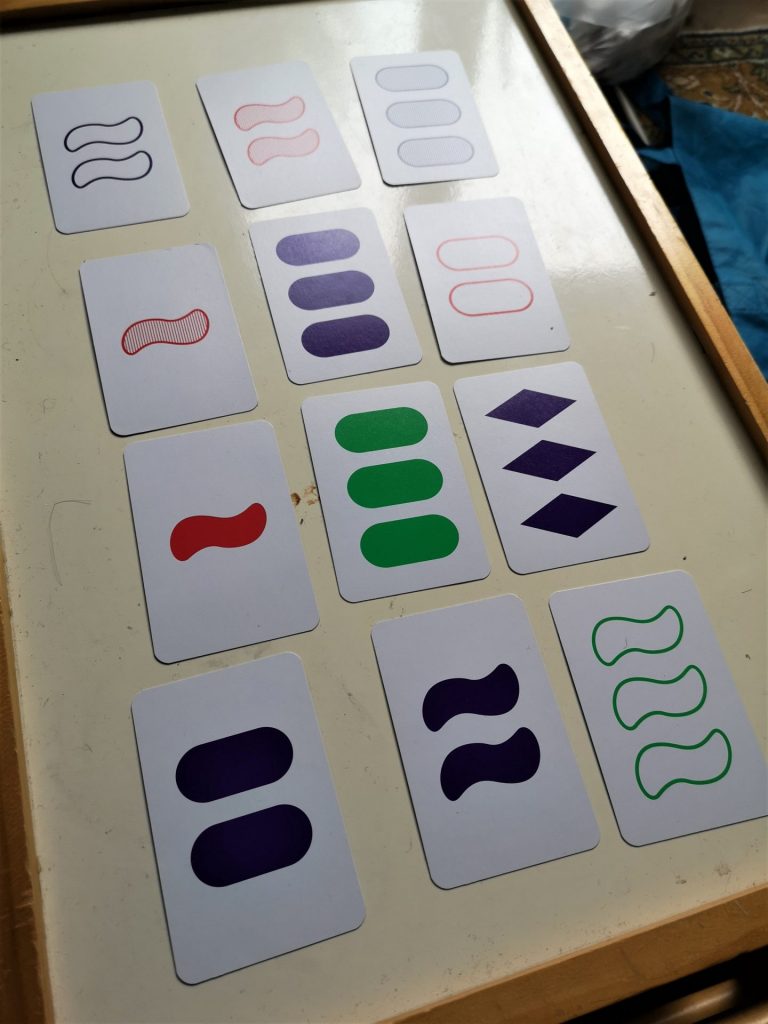 The final game of this review was one completely new to me. Retsami appears to have been designed by someone relatively local to us, but I couldn’t find out much about it. It’s played on a chequered playing board, with pieces not dissimilar to draughts. But there’s also a square spiral that marks the board, and you’re trying to get a piece to the centre. You can be taken by opponents pieces that are behind you, along any straight line, horizontal, vertical or diagonal. There are a few copies of this one on Ebay. 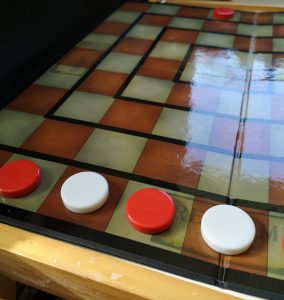 I might go find the game and get a picture and add it in, as I’m not sure that explanation is doing it much justice.

I think it’s a game with definite potential, but Tigerboy didn’t really cotton on, and didn’t want to play again, so I’ll have to find another opponent. Or bribe him. Whichever.

So there you go, three charity shop games that have been varying success. Do you use charity shops and have any games you’d recommend I should keep an eye out for?