Can I be defined by a set of numbers?

Which coincidentally is what I’ve just scored on an autism test. Apparently 80% of adults with autism score over 32. And the one where they score 30 or less I got 17.

I don’t think of myself as different. And yet, I’m aware that I’m pretty much always out of step with the rest of the world. That things that seem obvious to me just aren’t to other people. And vice versa – I have never and will never understand the attraction of soap operas or reality TV. (Not least because the latter isn’t. Real that is. Which is just annoying when you like terminology to be precise.)

I posted before about my suspicions about myself. Lots of people read the post and were supportive. I was very grateful. And it’s due to advice I’ve received following that that I’ve done this test.

It’s a recognised test. Not just some internet spoof. And I don’t come out borderline, I’m well up in there.

I’m a little surprised. I think of myself as borderline, but as I try to step outside msyself and analyse objectively, I realise that actually, I really don’t get it.

And do you know what? I’m alright with that. I actually feel a sense of relief. Maybe instead of trying so hard to be one of the crowd I can just set about taking down all the walls and be myself for a while. Let’s face it, fitting in is doing nothing but tiring me out and making me feel lonely. So perhaps I can stop being so tired and just maybe I’ll get some acceptance without having to try so hard? 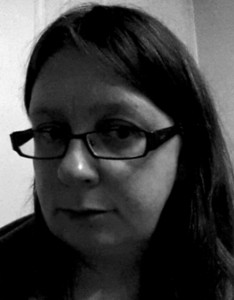 This is me, the person who can’t eat Wensleydale cheese or touch velvet, because it quite literally makes my hair stand on end. (Just thinking about it makes my hair stand on end.) This is me, who won’t recognise you twice running, not and be able to put your name to your face. The person who though half deaf will be driven slightly mad by a repetitive noise that no one else can hear.

This is me, who cares ever so deeply, but might not know how to express it. Who knows how to send hugs via twitter but hasn’t a clue how to do it in real life. Who forever misses the undercurrents in conversation, feeling like I must have been missing when people discussed whatever it was that I just don’t know about.

This is me, loving words, but with no pictures in my mind. This is me, able to hold an entire computer system in my head, go straight to a line of code and debug it, but unable to fill in a form without panicking in case I get something wrong.

This is me. I may never get a formal diagnosis, but I know this is me. Autistic me.