You may or may not be aware that I have an occasional series of posts on the theme of Dreams and Regrets. (If not, follow the link.) Today I’m happy to add to that series as part of the Rafferty Lincoln loves blog tour, with a guest post from author Emily Williams. 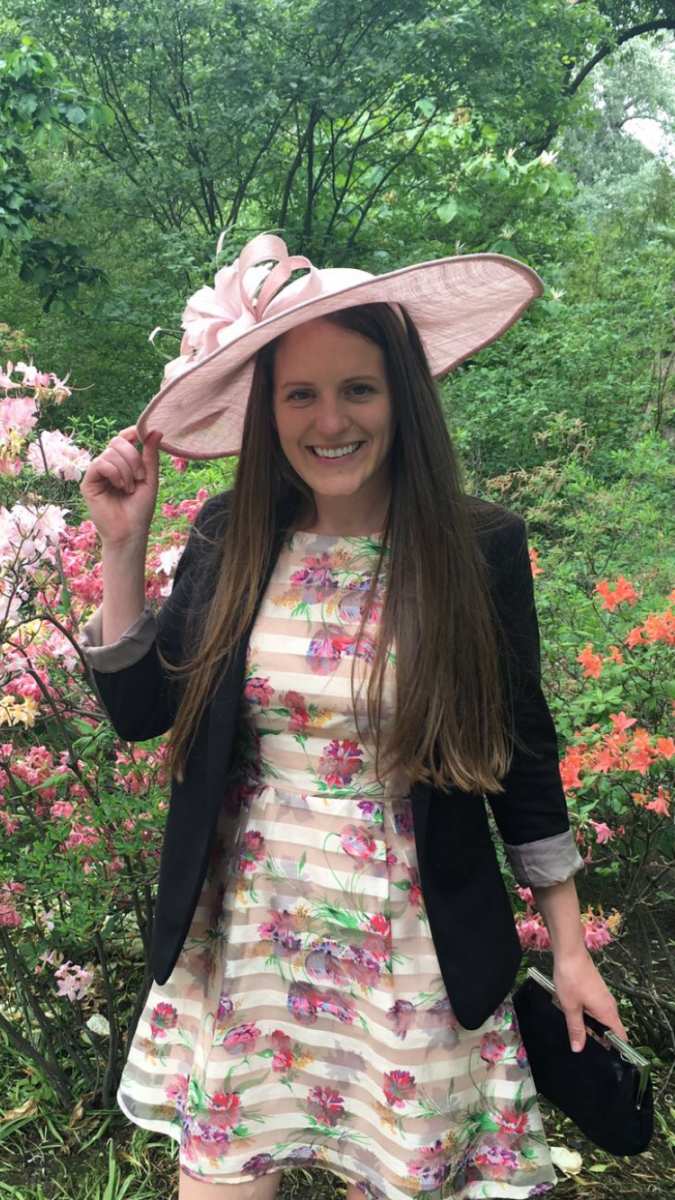 When Jax first talked to me about her dreams and regrets series for her blog, I was very excited. There are so many dreams in my head and I think I could talk forever about them! My dreams have evolved over the years but the central core – writing – has always been there.

My dreams during childhood were mainly pony-related. I spent hours fantasising that I owned a horse, buying all the equipment and saving my pocket money for the horse that never was. I read and saved every horse magazine going and grew a good collection of pony related non-fiction books and hundreds of pony stories, which to this day I still have. I guess the pony dream always stuck with me. Despite, in my early twenties, finally getting that pony the dream of horses and ponies is always there and still makes me smile.

I wrote endless pony stories and developed the dream of becoming a writer from an early age. This would be as early as primary school, when I first learnt to write. The stories always had animals in them, and mainly ponies or dogs. It was during secondary school that the dream became more concrete. Another child had had a story published in a magazine and I was jealous. I realised that it was writing that I wanted to do and wanted to become good at. The teachers were a great encouragement.

I continued to write stories, for my eyes only, right up until college, when I knew that I wanted to find an audience for my stories. University and boys took over for a while, but in my head, there were still stories. The dream never went away until the idea for Letters to Eloise (Amazon affiliate link) arrived. Never before had I a whole novel in my head bursting to get out. For once, I planned and developed a strict timeline. I always thought the dream was possible, I just didn’t think I’d ever have the motivation to finish.

When a publisher friend of mine printed me the first proof copy of Letters to Eloise, I knew I’d found my niche in life and the childhood dream of writing had begun.

I don’t have many regrets in life but I do regret not starting to pursue my dream earlier. I regret those wasted years and years spent unhappy at what I was doing with my life. I wasted my twenties. Although Letters to Eloise was already in my head, I didn’t sit down to write the novel until my late twenties/early thirties. I dabbled with short stories, occasionally sending them off to be rejected. But I didn’t properly give writing my full concentration.

I had a full-time job, a career that I was good at. However, the writing dream was always there, always niggling in the background waiting to be heard. I just wish I’d listened sooner and started writing those ideas in my twenties and not my thirties. But who knows, maybe I just wasn’t ready then.

A word from the author…

I wrote Rafferty Lincoln Loves… as I have always wanted to write a horse involving horses. I read many pony stories as a child, but have found that there are very few to read as a young adult/adult so I wanted to fill this void. I have been around horses from a very early age and spent many years saving to afford my own horse. Sadly, due to a road accident and then a fall of a horse, I can no longer ride. However, my passion and love for equines hasn’t diminished. Due to arm injuries from the accidents, I have had to dictate the novel, Rafferty Lincoln Loves… and am donating the proceeds of the novel to the British Thoroughbred Retraining Centre – a charity I have supported since childhood.

Many thanks for supporting the novel and I do hope you enjoy it!

The blurb of Rafferty Lincoln Loves…

Rafferty Lincoln doesn’t like horses. Not one bit. But when the popular high school girl of his dreams, Liberty Ashburn, pulls him into a world of lead ropes and horse brushes, who is he to say no?

Except this isn’t any old horse. This is the missing racehorse, Profits Red Ridge. The horse Rafferty and three of his friends are hiding from the world. And Liberty Ashburn isn’t just any ordinary high school girl. How far will Rafferty go to win her over?

An intense, witty and powerful coming of age story with startling consequences.

The proceeds from the novel ‘Rafferty Lincoln Loves…’ will be donated to The British Thoroughbred Retraining Centre.

BTRC is dedicated to improving and promoting the welfare of retired race horses through education, retraining and suitable rehoming in order to ensure that our Thoroughbreds have a rewarding and valuable life after their racing careers have ended.

Each year thousands of horses leave racing, some because they reach the natural end of their career and others through injury or lack of ability. Established in 1991, The British Thoroughbred Retraining Centre was the UK’s first charity dedicated to ex-racehorse welfare, retraining, rehoming and protection for life.

‘It is fantastic to see a contemporary novel for young adults embracing passion and love for horses, as well as advocating for their welfare. Emily’s fast-paced novel not only explores the relationship and incredible bond between horse and rider but also delves into darker aspects relevant to today’s challenging world of growing up. Rafferty Lincoln Loves… deserves to be celebrated for bringing an important cause to the forefront of today’s young adults.’ Frankie Dettori MBE

‘I am thrilled to have written this novel for the BTRC and to be donating the proceeds to such an important and dedicated charity for the welfare of retired racehorses.’ Emily Williams 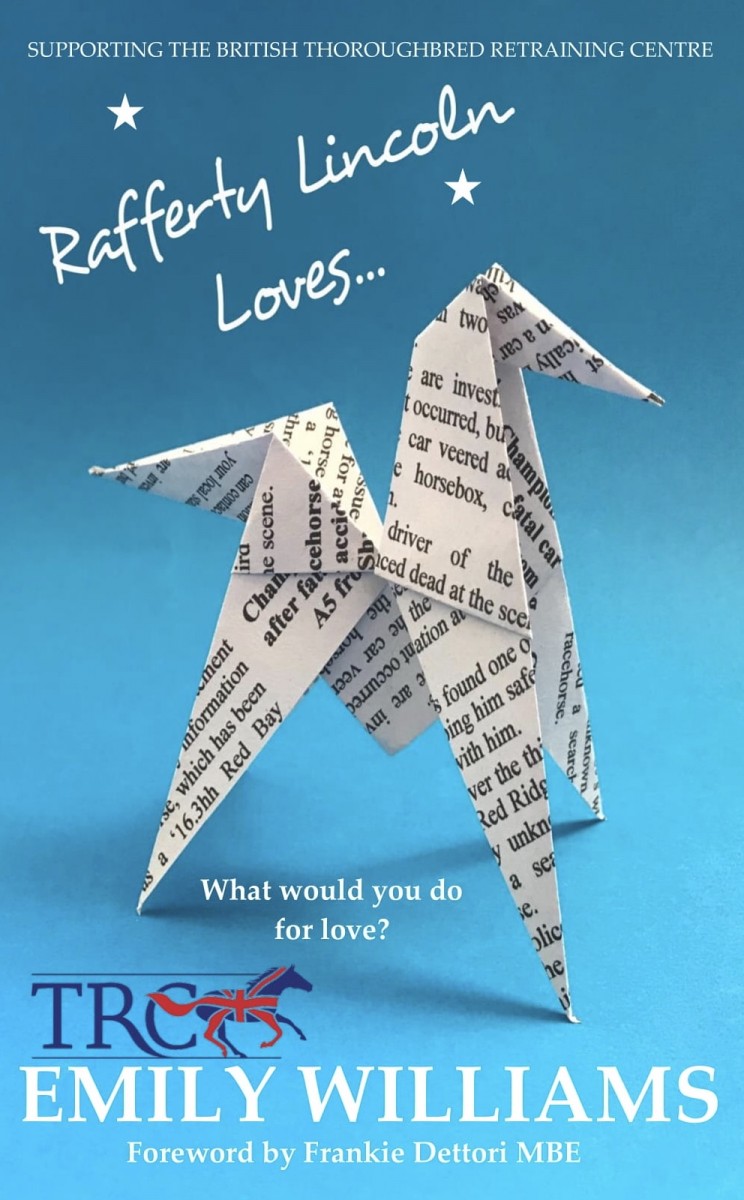 Emily Williams lives by the seaside in West Sussex with her family and a menagerie of small pets, including her own horse Bella, and welsh mountain pony, Lucy. After graduating from Sussex University with a BA in Psychology, Emily trained as a primary school teacher and teaches in a local school.

Rafferty Lincoln Loves… is her first YA novel after the success of her debut adult novel, Letters to Eloise, released in 2017.

Find out more about Emily’s other books on Amazon

Read reviews and find out more on her blog