We’ve been reading and enjoying the Inventory series by Andy Briggs since Small reviewed book 1 (read that review here). It seems only fitting that we are taking part in the blog tour for book 4, Winter Storm which finishes the series, and I’m very happy to give you a taster of the book by hosting an extract – read on to enjoy Chapter 1. 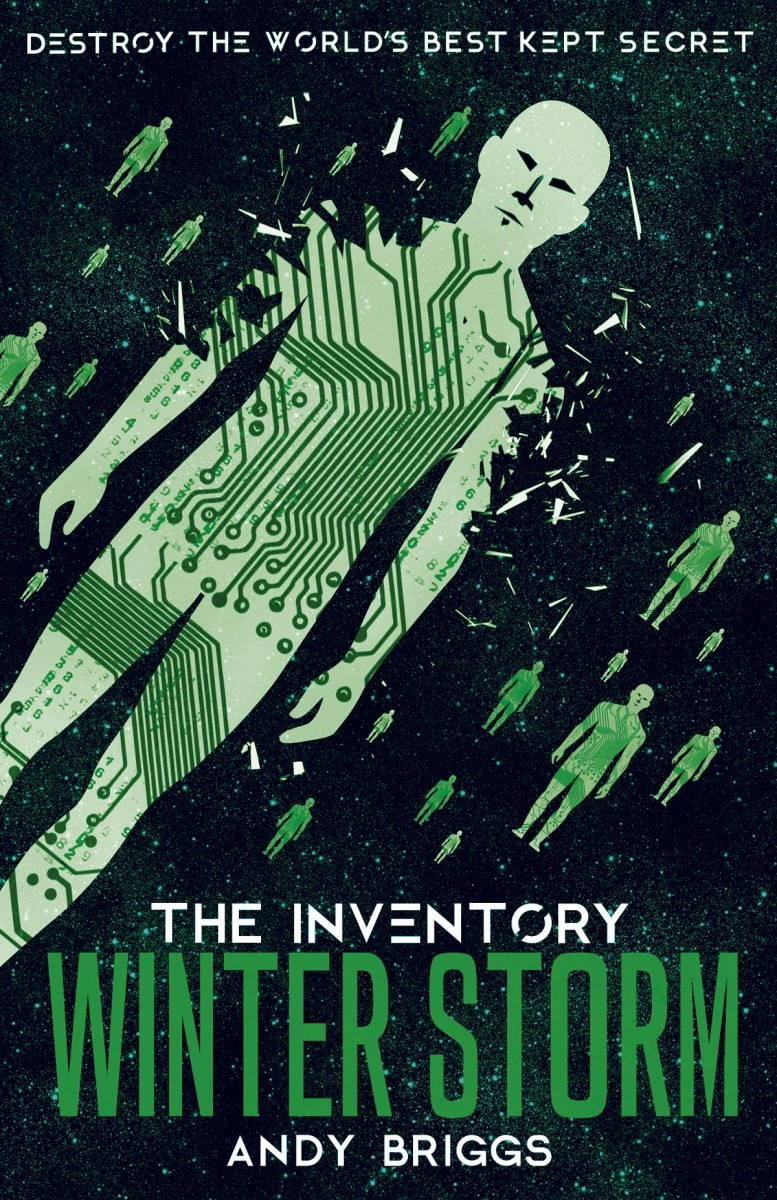 “Revolutions start with the tiniest of moments.” Onslow Winter stopped pacing the stage, extended his arms then slowly drew them together until his index fingers were touching. It was a touch of showmanship the technological genius had brought to every presentation over many years. “And we have the most awesome small there is!”

The thousand-strong crowd of technology journalists leaned forward in rapt anticipation like the star-struck fans they were. From the moment Winter had become a telecoms billionaire with the launch of his revolutionary mobile phone, he had been a technology superhero, and fan devotion to him had only grown over the decades. Even his wrinkles and saggy jowls had become trendy.Every event at Winter Tech was like a pop concert, and secrecy about each new project launch was absolute.

“With our revolutionary nanotechnology, we will reinvent how we invent!”

The lights in the auditorium dimmed. A single spotlight stabbed down centre stage as Winter gestured to a box on the floor, one that the audience had assumed was a speaker. It started to change shape, extending into a vertical column like a hundred years’ tree growth in time-lapse. As it stretched two metres tall, the audience oohed in appreciation, then burst into applause. Winter waved his hand to encourage them to keep going.

“Nanobots. You’ve all heard of them before. Some of you have seen them. Tiny mechanical robots that can work together for a greater task. But these. . .” He paused for a moment to admire the black monolith that had formed onstage. It was so matt black that it seemed to suck the illumination from the spotlights pointed at it. “These are something else. They are not tiny robots. No. What you are looking at are the first bio-bots. Like you, like me, this column is built of living components, each a millimetre long, that have been engineered into a

You could have heard a pin drop in the auditorium as the assembled crowd tried to work out what he meant. That was the trouble with being Onslow Winter: his mind worked far ahead of most people’s. The corners of his mouth twisted into a smile as gasps of astonishment slowly rippled through the crowd as the audience began to understand.

“It’s something more than a robot or a cyborg. Capable of adapting to its environment and shaping itself with almost limitless possibilities! It’s a living bioborg. I call it Winter Storm.”

With that, the smooth monolith suddenly whirled like a tornado, with a sound like a billion marbles clattering together, before finally taking the shape of a towering arm that pivoted and waved at the crowd. By now the applause was deafening. People had taken to stomping their feet on the floor in admiration.

Still the whirlwind turned – and the resulting construction made everybody freeze in silence. It was a seven-foot-tall humanoid. A matt-black robot formed of smooth contours. The head was in the shape of a sleek futuristic biker’s helmet. Although it was featureless, people felt their skin prickle as the head turned side to side to study them. The lack of eyes didn’t mean they couldn’t feel the living machine’s gaze bore into them.

With a soft clump that sounded like it was walking on bubble wrap, the humanoid stepped forward – then raised its fist in triumph.

On cue, the crowd went wild with cheers and thunderous clapping. The applause was so loud that it almost drowned out the explosion above them.

A circular section of ceiling blew away in a shower of smoke and plaster dust. People began scrambling for the exits, only to find them blocked by menacing thugs wearing body armour, their faces concealed behind black plastic shields like hockey masks. They wielded peculiar rifles with a white central chamber from which a faint mist steadily poured. With a twitch of the trigger, one of the men shot a blast of frigid air across those nearest him, immediately encasing them in ice.

“Do not panic,” boomed a voice from above, and a figure slowly descended from the hole in the roof. There was a faint whirl from the antigravity boots he wore as they carried him to the stage, where a shocked Winter stood. “You will not be harmed.”

The frozen people suddenly shattered into countless ice shards. The villain sighed and gestured to the broken pieces.

“Correction. Nobody else will be harmed if you just cooperate.”

Onslow Winter was nothing if not a performer. With the frightened eyes of hundreds of people on him, he raised himself to his full height and approached the newcomer. Behind him, the Winter Storm humanoid mirrored his stance, acting as a towering bodyguard. Winter stared at the figure’s eyes, which were white, with no pupils. They were unnerving, to say the least.

“Onslow Winter, I am here for your wonderful Winter Storm.” The newcomer gestured to the humanoid. “Hand it over, or I will freeze your adoring fans, one by one.” He gestured to the audience.

Winter licked his dry lips and finally found his voice. “Wh-who are you?”

“I am your biggest fan.” The figure’s smile was absent of humour. “But you may call me the Collector.”

You’re hooked aren’t you? Just in case you want a tiny bit more, here’s the blurb:

In the fourth and final book of this gripping series, all the Inventory’s secrets are revealed.

Having learned a troubling truth about himself in the Black Zone of the Inventory, Dev is called back into action to defend the world’s greatest store of futuristic tech – and he’ll need all the help he can get from his friends. The Collector is back and as menacing as ever, and now he’s stolen Winter Storm, a swarm of powerful biobots, which he is using to infect and control people. Who can be trusted now?

Now I’ve got you 🙂 I guess you’ll want to know a little more about the practicalities. The book came out on 1st February, and is available from Amazon here (affiliate link) as well as other bookshops. The cover (up top) fits beautifully into the rest of the series, which shiny green writing and a futuristic picture (they really look great together on a shelf).

And don’t forget to check out the other posts on the blog tour. 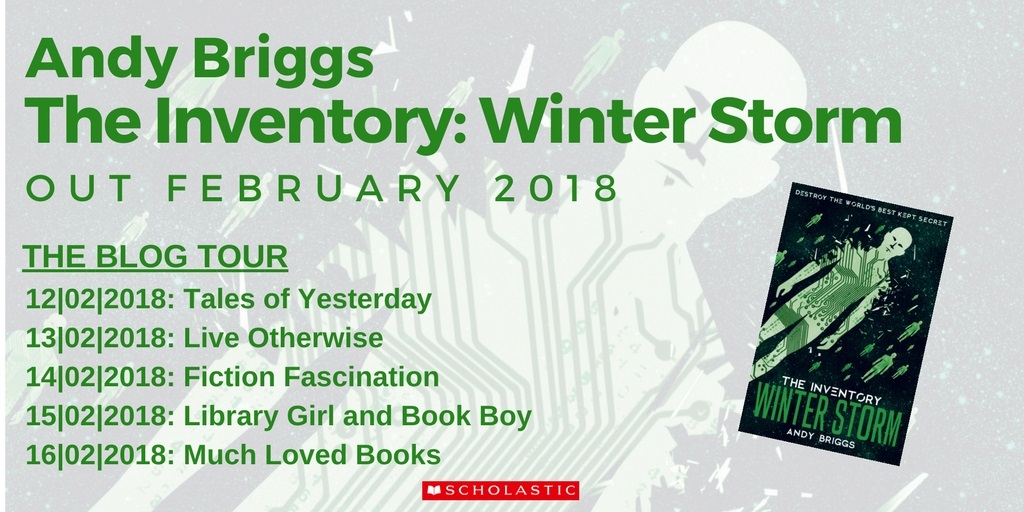