I don’t know what I was expecting from Little Fires Everywhere, but what I got was a compulsively readable book, filled with fascinating characters on a slow but inexorable dance towards the disastrous start of the book in ways that I couldn’t have anticipated, and couldn’t wait to see unfold. 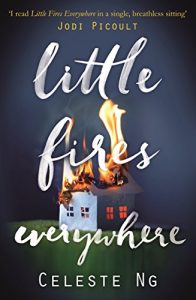 Everyone in Shaker Heights was talking about it that summer: how Isabelle, the last of the Richardson children, had finally gone around the bend and burned the house down.

In Shaker Heights, a placid, progressive suburb of Cleveland, everything is meticulously planned – from the layout of the winding roads, to the colours of the houses, to the successful lives its residents will go on to lead. And no one embodies this spirit more than Elena Richardson, whose guiding principal is playing by the rules.

Enter Mia Warren – an enigmatic artist and single mother- who arrives in this idyllic bubble with her teenage daughter Pearl, and rents a house from the Richardsons. Soon Mia and Pearl become more than just tenants: all four Richardson children are drawn to the alluring mother-daughter pair. But Mia carries with her a mysterious past, and a disregard for the rules that threatens to upend this carefully ordered community.

When the Richardsons’ friends attempt to adopt a Chinese-American baby, a custody battle erupts that dramatically divides the town and puts Mia and Mrs. Richardson on opposing sides. Suspicious of Mia and her motives, Mrs. Richardson becomes determined to uncover the secrets in Mia’s past. But her obsession will come at unexpected and devastating costs to her own family – and Mia’s.

Little Fires Everywhere explores the weight of long-held secrets and the ferocious pull of motherhood-and the danger of believing that planning and following the rules can avert disaster, or heartbreak.

I absolutely loved this book – although when I read the first page I really didn’t expect to. I don’t generally like books that spoil their own ending as it were, but it turns out there’s so much more to this book than the way it starts (or ends). The characterisation is superb, and the plot unexpected in some places, which scream at the character obvious in other parts. Not that I mean it’s cliched, more that you can see what’s coming before the character does, and you get so invested in them that you want them not to make that bad decision. But they do, and it’s still deliciously well written so you keep on going, hoping against hope it will all turn out for the best in the end.

I’m definitely going to track down and read her other book – if it’s half as good as this I’m in for a real treat. 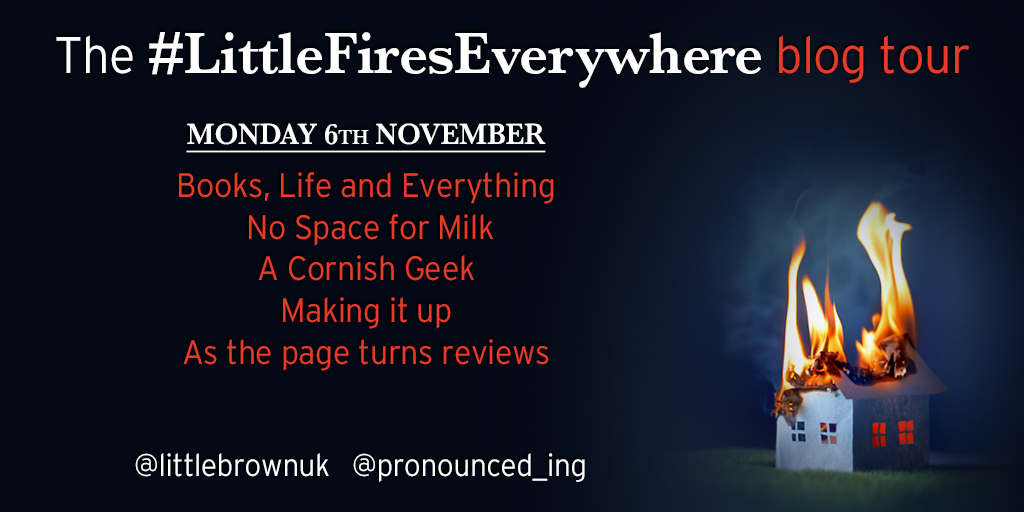