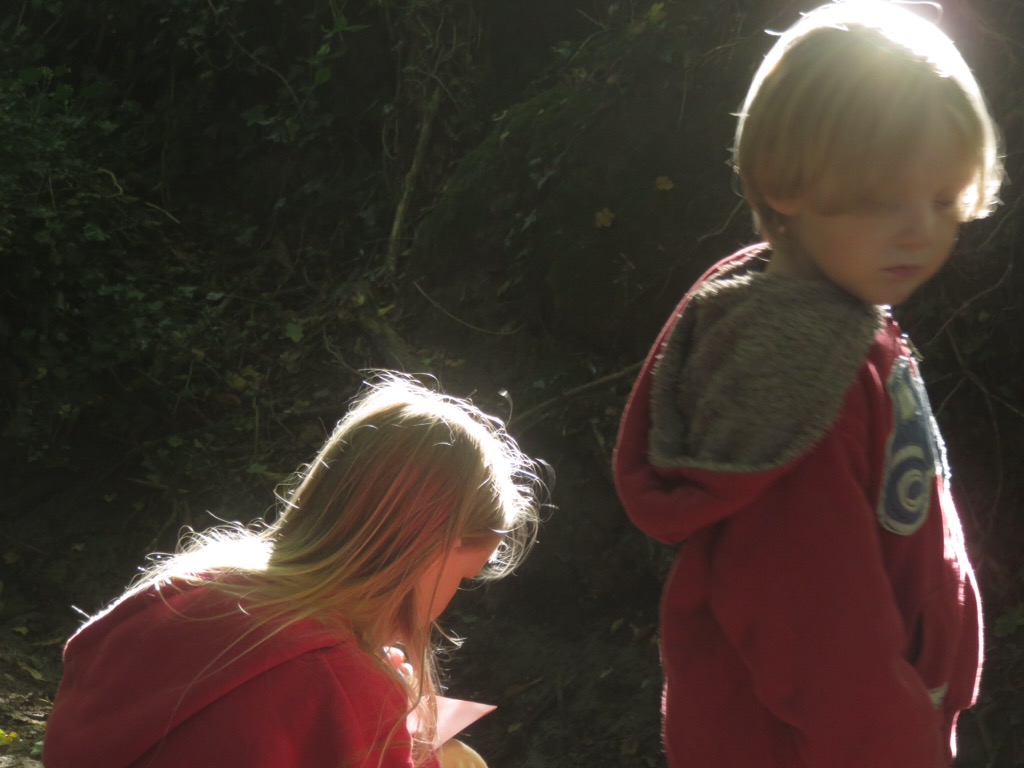 There were a number of negative headlines around home education (or homeschooling as some parts of the media will insist on calling it) following a counter terrorism speech by a senior police officer in which he mentioned the possibility of homeschooling (yes, I know) being a possible contributory factor in the rise of extremism/ home grown terrorists.

He talked about a whole bunch of other stuff too, but I guess it just fit to criticise home education at the start of a new school year, so that was what the headlines focussed on. I saw the headlines, groaned a little, and moved on. I’m kind of weary of the negative uninformed attacks from people who can’t be bothered to do any research.

This evening thoigh, the phone rang. I was out in the garden office* trying to plan a series of articles and Big brought it out to me, saying Sandra from LBC. Would I be happy to go on line with Iain Dale this evening?

I’m not a huge fan of LBC. But I will stand up for home education whenever and wherever, so yup, I’m in.

Turns out since our last chat Iain has warmed somewhat to the idea of home education. He still has qualms, niggles, areas of concern, but he’s coming round. Which is nice. So instead of discussing terrorism, which he dismissed as a ridiculous concern, we talked about isolation, parental expertise, resources.

The thing is that home education isn’t like it was even a decade ago when we first started. Back then there weren’t very many meetups – so we set one up. We were spread around the country so we built a virtual village and had camps a couple of times a year. We told each other about cool resources, collaborated on group buys to get decent prices and made do. And it worked. Our children came out of it fine.

Nowadays even quite small towns often have a choice of meetups each week. Local colleges have wised up to a new market and are offering part time GCSE courses or vocational qualifications. (Hence Small starting maths and English next week, yay, I don’t have to find an exam centre!) Companies have noticed we exist and have started building resource packages for us, and there are so many educational apps, websites, tutor centres etc etc.

One thing Iain said that I didn’t pick up on at the time was that he didn’t feel he had the expertise to teach a 7 year old. Which if you ask me is rather a sad indictment of the education system as is. I’m not dealing with classroom management issues. I don’t have to keep abreast of the latest educational fad/must do/ absolutely can’t. Instead I can develop an understanding of my children and their interests and facilitate their learning. I can help my 7 year old learn to code when she’s interested in doing that. Craft with my 5 year old or build Lego. Find a Japanese class for the 14 year old (and boy did I earn brownie points for that one!) Teaching one 7 year old doesn’t require me to be that much more advanced than she is, and if she asks me something I don’t know, then I can teach her how to look it up.

The other point I didn’t get around to mention is that there is a strong and supportive home education community both locally and nationally. Today I went to a meet with a group of other parents – the children played, the parents chatted. Locally there’s been a lot of negotiation with a college over potential pre GCSE offerings, and I kept up with that even though it isn’t relevant to us just now. Home education is very much a community activity, and we help each other out.

Our children aren’t isolated, far from it. Are there things they are missing out on? Probably. Just the same as not all kids in every school get the same opportunities as each other or my children. That’s the reality of life, you can’t fit everything in. Not every child can be a world class athlete, and a creative musician, and a linguist, and a scientist. You have to make choices, that’s just how it works.

I’m generally happy to take questions on home education, so if there’s anything you’d like to follow up on, please drop me a comment in the box. Looking forward to hearing from you.