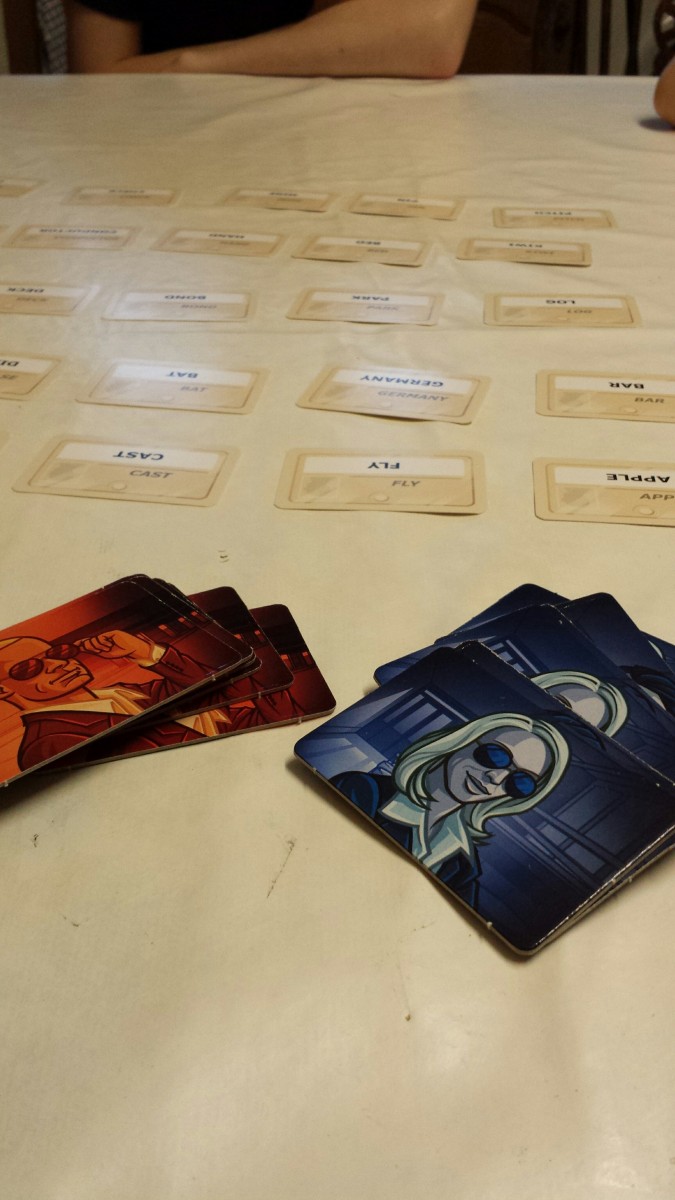 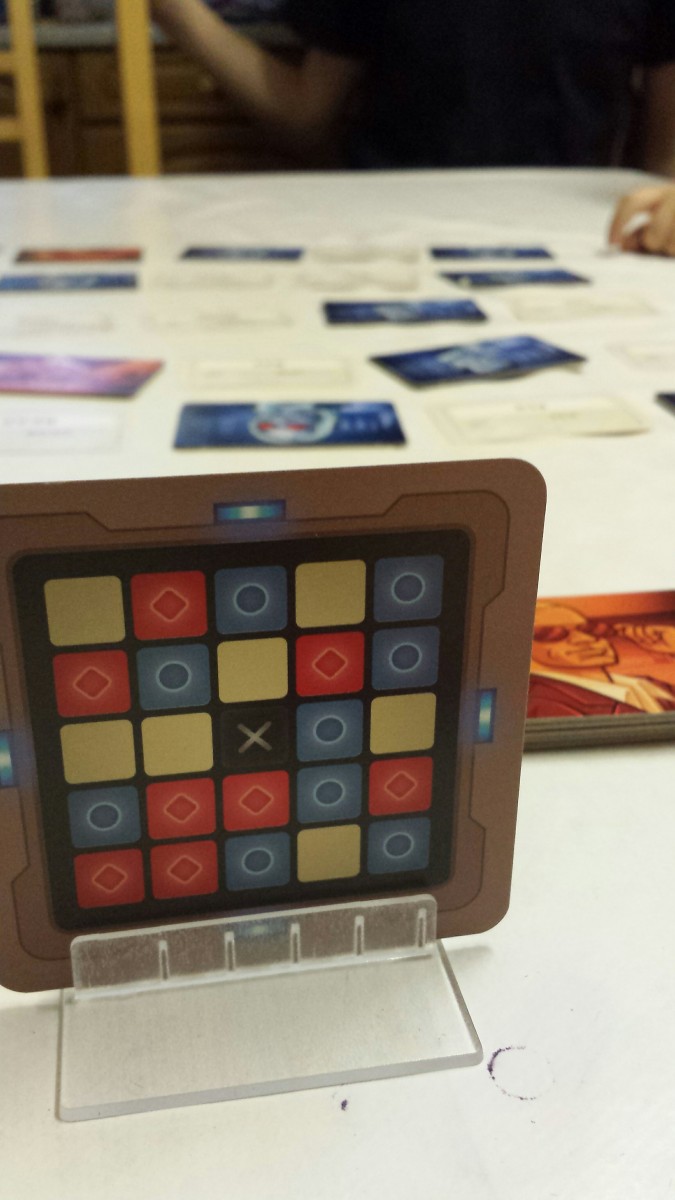 One of the best contacts I made at the recent Blog on conference was the Blogger Board Game club. Once a month we will be sent a new game to play as a family and give feedback on, and our first game was Codenames. (Amazon affiliate link)

I’m not sure these slightly dingy pictures give you the full idea of the game. You can play it competitively, in which case you’ll need at least two teams of two players, or in this instance we played it as one team against a simulated opponent. This meant that even the youngest members of the family could join in, and while the box says age 10 up, actually Smallest at 7 was pretty effective.

The idea is that you have a spymaster (or two in the competitive version) and field operatives. The spymaster is trying to tip off their field operatives as to the identity of agents in the field, represented by Codenames cards laid out in a grid. You do this by giving a one word clue and the number of cards it relates to, so when Apple and kiwi were Codenames on the table I said “fruit, 2” and that worked pretty well. I think even Tigerboy could have joined in if we’d read through all the cards with him to begin with, but decoding the words and the clue at the same time was a little much.

This worked really well as a cooperative family game that went pretty much across the ages, and I think there’s lots of scope for adjusting/adapting it. I think it would be very challenging as a competitive game – you don’t want your players turning over the opposite team’s cards, so fine tuning your clues takes quite a bit of thought. Definitely a success here, and a good camping/holiday game given really it’s just a few sets of cards, so easy to transport.