It’s Monday morning, and all over the country children aged from 3 or 4 upwards are heading to nursery, school, college, what have you. Education, after all, is compulsory.

Some children didn’t head out to school this morning. Some of them stayed home. Maybe some got up and sat down at the kitchen table with books and it looks quite a lot like how you might imagine a schoolroom. Maybe some of them headed out for the day, to a zoo, or a soft play, or a music lesson, or a stately home, or a library. Possibly some of them are still in bed, and will get their day started later, with a book or a film, or computer time or arts or crafts.

Basically there are as many ways to home educate as there are families home educating, and I’m hoping that the blog hop this post is kicking off will show you a whole bunch of them. (I don’t know whether we’ll make it to 100, that could take a while, but I’ve got my fingers crossed.) There’s also a #100daysofhomeed photo challenge kicking off on instagram/facebook/twitter if you want to check that out.

Tomorrow’s post up now with Care at Secret Life of a Homeschooler, today I’m going to tell you how things work for us.

Once upon a time we used to do typical day picture posts and I thought about doing that again, taking a picture every hour through the day to illustrate what we get up to. But there’s not really ever a typical day here, and it wouldn’t show you the wealth of what we get up to, so instead I thought I’d tell you about the week around today as it were.

Friday was mainly a home based day. We’re not early risers – I’m a bit of a night owl and the kids seem to take after me. Big gets herself up and out for sixth form, leaving for her bus about 7.50 – I try to get up and make her lunch to take with her, and most of the time I manage it 😉

Next kids appeared between 8 and 9, Smallest and Tigerboy. Breakfast together, and then getting dressed, and I had a plan to do some science, from a rather fab folder I got from the works. 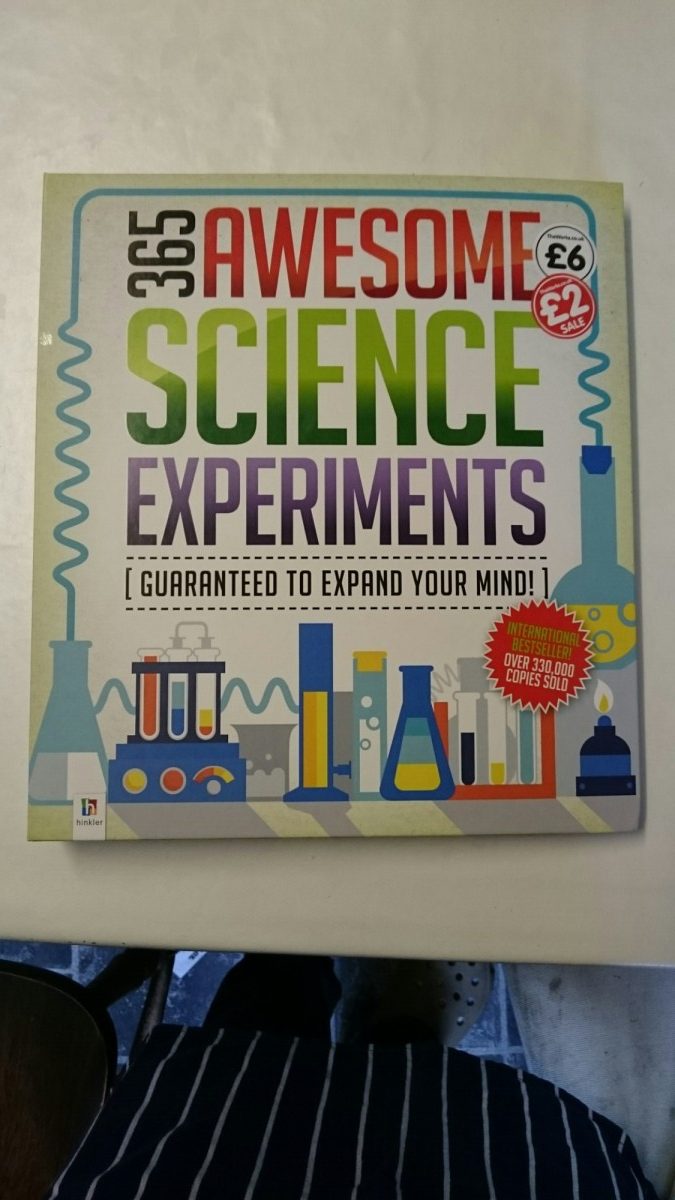 (Check it out yourself here The Works – affiliate link)

We went through it together a while ago and basically they want to do science that ‘looks like’ science, so I’d ordered some borax from ebay and we made slime. (See science bob here if you’d like to try this one. ) 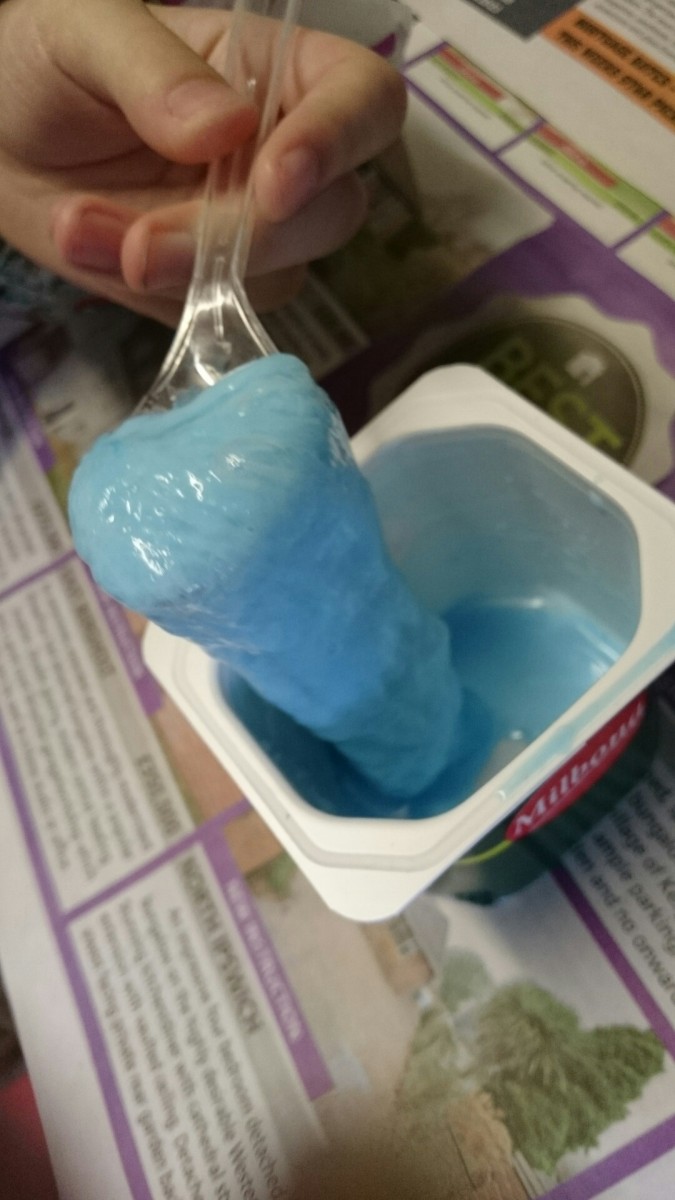 Prepping for that, doing it and clearing up (carefully and thoroughly given that borax is poisonous – we took precautions including aprons and so on) took us nearly up to lunch time, so more food on the go and then I was out and about shopping and picking up Big, which meant that there was some duplo, Scratch and cbeebies. When I got back in I finally set up Slime Rancher for Smallest – she’s been looking forward to that for ages, but we didn’t have a computer up to running it until last week (graphics card issues. Don’t ask me, I don’t do hardware.) Small must have got himself up and organised at some point – he is pretty self driven at the moment, and his days include Japanese, coding, guitar and a regular walk – he usually covers around 5 miles.

Evenings usually include a family sit down meal sometime between 7 and 8, although Friday was a bit later than usual because Big teaches with the swim club until 8.30. Then the little ones have bedtime stories – I read to them, then Smallest reads it over again to Tigerboy, then songs and finally lights out.

Saturday was a bit unusual in that I got up early with Small and we headed out to a not very local college who are exploring the possibility of putting on GCSE courses in Maths and English for home educators. It would be one day a week for a year, and would be a massive help, as accessing qualifications outside the school system is hard to organise in terms of access to materials, and actual exam centres. It can also be very expensive, as centres often charge way over the actual exam price. We were very lucky that Small’s computer club organised an iGCSE course for computer science last year, which included the exam at cost (£52 iirc for the exam itself). Anyway, the college visit was very promising, and there’s even the faint possibility that the course will be put on more locally which would be amazing.

Then I dropped him off at a charity games jam, and came home to spend the afternoon doing more Slime support.

Sunday is our slowest day, apart from swim club in the evening. Smallest has just moved up to the big pool, and it’s a stretch from her comfort zone, the club have been being very supportive though. Big teaches with the club on a Sunday too, and today she was called in to do a lifeguard shift as well. Because of that we had a split meal – I fed the little ones before Big got back. Too many late evening meals don’t do them any good. Tonight’s bedtime story was a family favourite – Tom and Small from Clara Vulliamy. Apparently the word once was particularly challenging, not surprising given how weirdly we pronounce it.

Monday. Starts with guitar for Small taught by a very experienced guitar tutor who also happens to be a local home ed dad. All sorts of skills in the home ed world. I’m planning to do some more science with the little ones in the afternoon, or some art (we’ve been looking at Picasso, I think I’ll do a separate resource post during the week as this is already kind of long!) Tuesday is our monthly skate and play meet up, in the same not so local town as the college. Other Tuesdays we have soft play at a local sports centre which is lovely as it’s actually a walkable meet up 🙂 At warmer times of the year we’re planning to do more out and about meets with local families, but soft play is a good fall back when it’s cold.

Hopefully this post gives you a bit of insight into our approach to home ed. I wouldn’t say we’re complete unschoolers – I’m a little bit too nervous to completely trust the flow, and I stick my oar in to guide activities, like giving Small a shove towards GCSEs. I view this as meeting my responsibilities to not foreclose his opportunities in the future – if he’s got the basics covered, he’s got a lot more choices open to him. It has to be said though that there are lots of ways to tick those boxes now, and I might do a more detailed post on that sometime soon.

So there you go – a few not very typical days in our not very typical lives. Hope that’s given you a little insight into a child led/or semi autonomous approach. It varies from child to child and time to time – if I wrote it up again in the summer, the pattern would be very different and involve a lot more out and about. (I might just do that actually, think it would be interesting.

If you’d like to join in with the blog hop and host a day on your blog, feel free to drop me your details via my contact form and if you’re wondering about the technical ins and outs of home education, I’ve a page on that too.

As people blog, I’m hoping they’ll include their links in the blog hop code below, so that we can all find all the posts easily as well as by jumping from blog to blog. I’ll also be back this afternoon with a blog badge – but I’ve kind of run out of energy and time for now. Sorry!

Don’t forget to check out Care at Secret Life of a Homeschooler tomorrow! 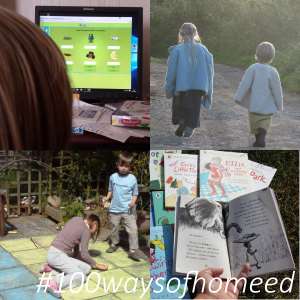