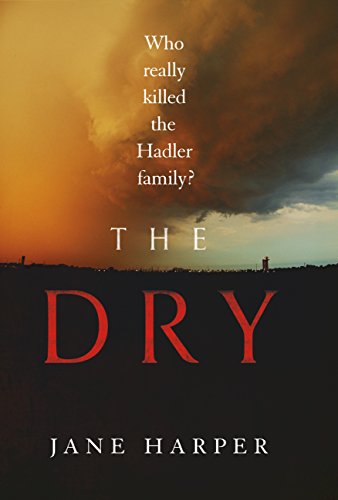 Amid the worst drought to ravage Australia in a century, it hasn’t rained in small country town Kiewarra for two years. Tensions in the community become unbearable when three members of the Hadler family are brutally murdered. Everyone thinks Luke Hadler, who committed suicide after slaughtering his wife and six-year-old son, is guilty.

Policeman Aaron Falk returns to the town of his youth for the funeral of his childhood best friend, and is unwillingly drawn into the investigation. As questions mount and suspicion spreads through the town, Falk is forced to confront the community that rejected him twenty years earlier. Because Falk and Luke Hadler shared a secret, one which Luke’s death threatens to unearth. And as Falk probes deeper into the killings, secrets from his past and why he left home bubble to the surface as he questions the truth of his friend’s crime.

I didn’t know quite what to expect from The Dry from the blurb above. I certainly didn’t expect a book that wove the past and the present together into a hypnotic whole that ate two days effortlessly when I started reading it.

I don’t usually sink into contemporary novels in quite this way, but I think maybe something about the alien (Australian) environment allowed it to be different enough to my day to day life to make this utterly absorbing. I found the descriptive passages enthralling. I also don’t read that much crime any more (although I used to devour Agatha Christie, Dick Francis, Reginald Hill and Sara Paretsky) but on a lot of levels this didn’t feel completely like a crime book. The gruesome (yes, very) current day murders are the launch point for the narrative, but a lot of the focus is on a death in the past, and the exploration of the lives of the main actors throughout.

I enjoyed this much more than I thought I would, and will be keeping an eye out for future work from Jane Harper – this is a very accomplished debut on so many different levels.

Disclosure – I was supplied a copy of this book via netgalley free for review, and links are affiliate links. 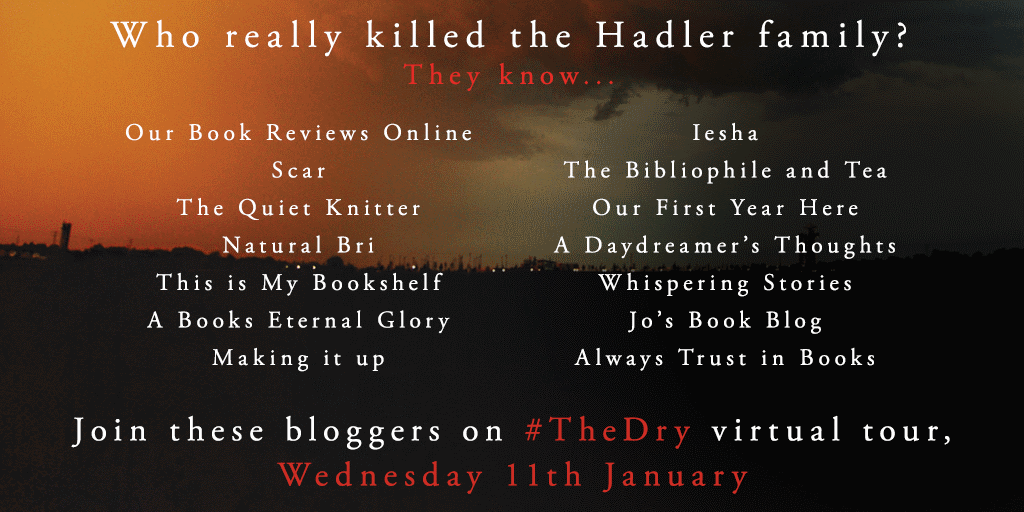