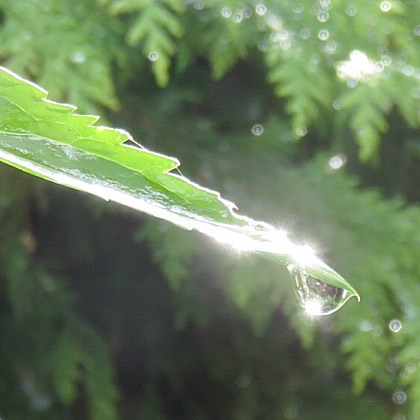 A friend linked me to this interesting research article, the experience of the hidden curriculum for autistic girls at mainstream primary schools. It got me to thinking, about autism, girls and things that are hidden in plain sight.

The hidden curriculum under discussion here isn’t quite the same as the one that springs to mind when I think of the term – but then again, I’m a home educator and I’ve read John Taylor Gatto: Dumbing Us Down: The Hidden Curriculum of Compulsory Schooling

Instead we are told:

The hidden curriculum is widely accepted to be ‘that we are not taught directly yet are assumed to know’ (Myles and Simpson 2001, 279). It includes rules and customs, perhaps, fashions or trends, and may change and evolve over time; critically, though, it is always implicit and unstated (Myles, Trautman, and Schelvan 2013). Variables include age and gender, ‘culture and circumstance’ (Endow 2010, 2).

Which in turn made me think of Jennifer O’Toole’s The Asperkid’s (Secret) Book of Social Rules: The Handbook of Not-So-Obvious Social Guidelines for Tweens and Teens With Asperger Syndrome

(affiliate link). I’ve read part of that – it annoyed me somewhat because the rules aren’t consistent. Most people don’t follow them at all times and some people get away with breaking them at will, while others very much don’t.

But what’s the effect of the hidden curriculum, and being completely oblivious to it? For the girls in the study it’s wide ranging, and a little heart rending.

The study followed three girls of primary school age to see how they interacted, what they thought of how everything worked, what their parents, and what their educators thought. What is most striking for me is the differences between those views.

The criteria for completing a task successfully were not always made explicit for Amy or Gem, which impacted on understanding and achievement. In a science lesson, Amy’s group got an equally valid but different result to their teacher, Mrs F, but Mrs F would not accept or discuss an alternative answer

Gem struggled when teacher instructions were inconsistent, confusing or without rationale. Her teacher asked a lot of ‘test’ questions, such as when had they drawn a silhouette before and why was she not able to throw the javelin well; Gem was told her answers were not the ones the teacher was thinking of (although they were valid).

The existence of one ‘right’ answer is a difficult thing for many children to cope with – for a child already struggling with isolation, anxiety and the environment they are in, this could well be overwhelming.

And when the adults that are supposed to help you completely misunderstand you? This is a common theme for parents:

This masking of difficulties was most successful by Gem, whose teacher questioned the parents’ approach to discipline as Gem only exhibited explosive behaviour at home: ‘I don’t have to cope with anything’.

(I am very much hoping that at the end of this study the teacher received some training to understand how autism works, how children can spend the whole day squishing everything difficult inside themselves, only to explode where they perceive themselves to be safe. In other words dear teacher, you are not making that child feel safe, while the parents very much are.)

And as for this approach from a SENCO?

’. Amy said that it would help her if there was somewhere at school she could go to be on her own. However, the SENCO stated that she had ‘had to discourage’ the time-out space as Amy had wanted to spend too much time there.

Did you not think to ask WHY she wants to spend time there? And what else you could do to reduce the requirement for it, rather than just saying no?

I could go on snipping bits out of this article with increasingly desperate commentary, but if you’ve any interest in autistic girls and education, the best bet is for you to read it yourself. If you are a parent, you are going to feel dismay when you read that teachers didn’t bother to access external information and support, favouring their own interpretation/ assessment over parents and indeed professionals. However, you might want to arm yourself with a copy of this article, and wave it around a bit. If you are a teacher, there’s a huge amount in there for you to pick up on and use to critically evaluate your own interactions. I have mainly highlighted the negatives. For a third girl in the study, there are a lot of positive outcomes, and it is largely about the environment being ASC friendly.

One of the things that springs to mind is from our own experience – I took time to explain communication requirements to a swim teacher once upon a few years ago. When she fed back to me a few weeks later, she agreed that my assessment and suggestions were spot on. She also said when she adapted her communication to suit the needs of the autistic child, the rest of the group performed better.

This says to me that this hidden curriculum is more hidden from ‘normal’ children than you’d think, and that clear communication, well crafted expectations, and staying on top of feedback helps *all* children more than you’d realise. Food for thought, this autism awareness month?

The most recent instalment of my experience of autism past diagnosis “Autism, anxiety and mindfulness” You can find everything I’ve written on autism by checking out the autism tag, linked below the post.