There’s been a lot of mentions of home education (or homeschooling) in a variety of media outlets over the last 6 weeks or so, I thought it might be useful to do a round up with some commentary. 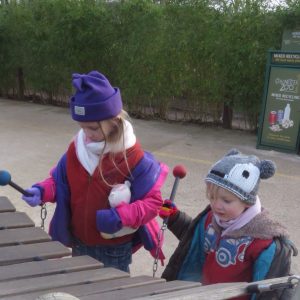 The mentions started back in December, with a couple of articles based around the same statement on radicalisation. So we had the Independent and it seemed pretty much every media outlet ran with the story. (Check them out if you like. The articles are a touch repetitive, given that there’s basically one unidentified source for this particular allegation.)

I replied to that set of articles at the time, with my take on it – it reminded me of the Badman review under the last labour government.

A couple of weeks later, there was the announcement of a new timestables test, and I had a bit of a rant about it on twitter.

Why do children need to be tested up to 12×12 tables? Currency is decimal now. Almost as if there's no research/plan re #TimesTables

I was kind of surprised when I was contacted to be on BBC news, and got to talk quite a bit about home education rather than just maths.

(I think it went OK. I haven’t watched – I hate my voice. And I couldn’t see the interviewer – I was talking to my iPad, so if I look like I’m looking all over the place instead of at her, that could be why!)

I think the next burst of stories was based around Nadia Sawalha and the news that her children haven’t been in school for a year. You can find that on the HuffPo, in the mirror, and the mail (sorry, I don’t link to the mail). And of course it was on Loose Women itself, it was not what you’d call an enlightened interview to be honest, but Nadia was very up front about it all. The sun was less than admiring of her honesty, although the tweets they chose to feature made me blink a bit.

A couple of days later, the leaked report into the death of Dylan Seabridge hit the news, and suddenly it felt like everyone had an opinion on home education (or home schooling as the BBC will insist on referring to it) and what it’s all about. And obviously, people started calling for a register. Again.

Programmes featuring the debate included The World tonight on BBC radio 4, where Clinton Lee challenged Neil Carmichael over how a register would help. (It wouldn’t. I blogged my response, obviously.) Over the next few days, home education was featured on Vine (except it was Feltz) LBC (I managed to get through on that line, having been screened out of BBC2) and even Woman’s hour.

Not all the coverage, (and there’s been a lot!), has been negative though. There’s a good article in the Express. And we discovered that Nadia isn’t the only celebrity home educating these days, we already knew about Emma Thompson, but now there’s Charlotte Church as well.

And if you fancy taking your homeschooling on a more exotic turn, you could give worldschooling (or indeed, living as I like to call it) a whirl, as described in the Guardian this week. (I love the quote from the dofe spokeswoman, who can’t quite entertain the idea that some children don’t go to school at all, and it’s not actually mandatory, and there are alternative ways to do things.)

It seems unlikely that home educators are going to drop out of the headlines any time soon, and if you want to track what’s going on, there’s a handy new page over on facebook.

I’d like to hear what bloggers and other home educators have to say on any of the above, or the usual kind of home education topics (how do you do it, which cupboard do you keep the kids in anyway (yes, that’s a joke!), that kind of thing) so I’m holding another home education carnival. What’s a carnival? it’s a bit like this post – a whole lot of links to articles other people have written. You can see my previous call for posts and the actual carnival from a couple of years back. If any of the prompts take your fancy, just write up a post, and drop me the link, either in the comments below, or on twitter and in a couple of weeks I’ll gather them all up into a post for people to peruse at their leisure. (I’ll mail contributors with the link to the carnival post, so they can link to the roundup from their post, making it easier for people to find all the posts too.)

Looking forward to hearing what you’ve all got to say!