Smallest had a pottery tea set. It’s been broken once or twice, and glued back together, but it suffered a catastrophic smash a couple of weeks ago. This made her sad.

While wandering around a shop just to see what it was about I spotted a tin tea set that I knew she’d love, but didn’t buy because I was doing other things that day. Then I went into a different branch of the shop to buy it for her, and they didn’t have one 🙁

Which meant that somehow I ended up going into the first shop with Smallest in tow, and trying to work out how to buy it without her seeing. If Big had been there we’d have managed – I wouldn’t have had to really explain, she’d have known what I was thinking. Small and I aren’t quite on that wavelength, so we ended up with the tea set in the trolley, and me saying it was for a giveaway.

So when she unwrapped it today she was surprised and thrilled. And immediately forgave me for lying to her. 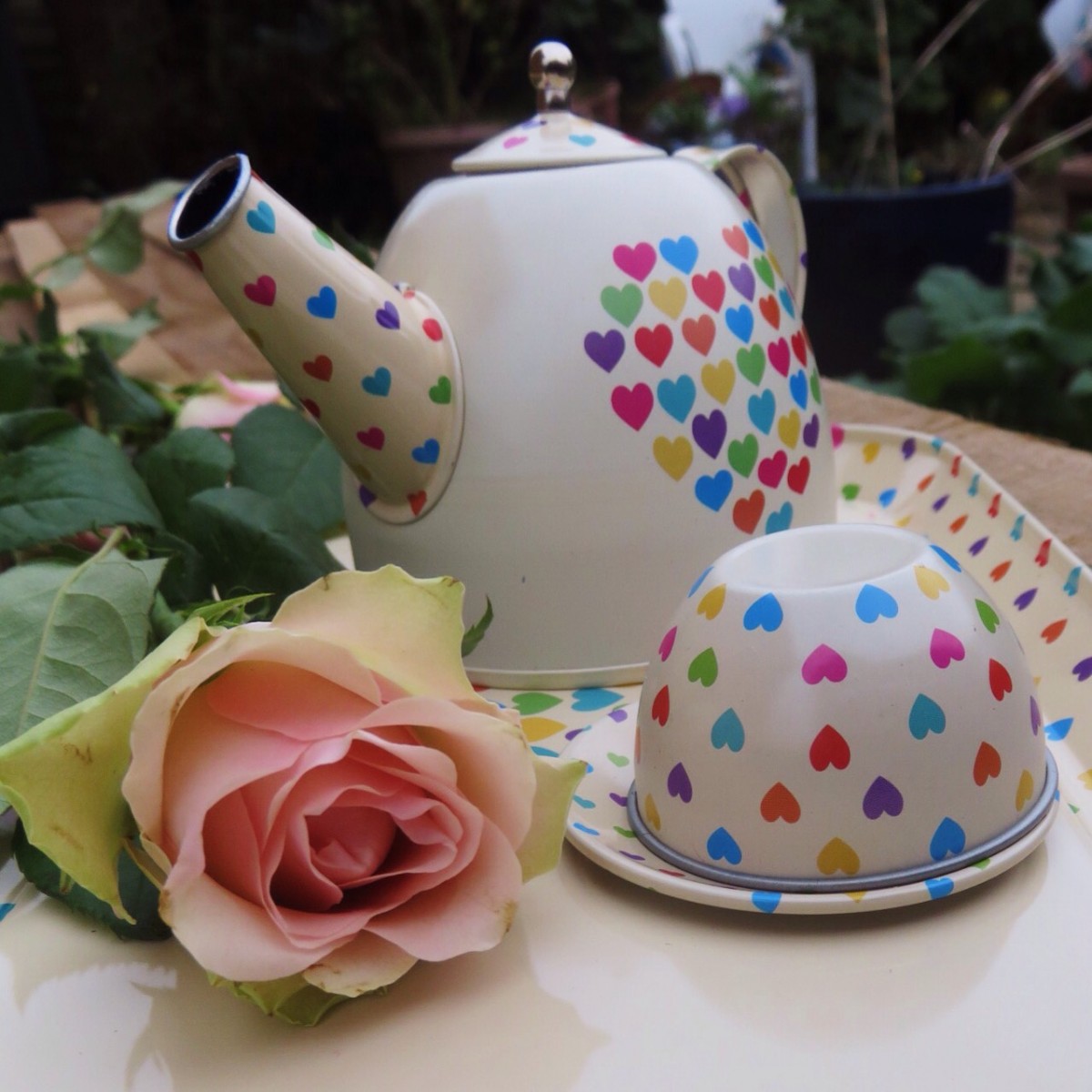 It really is a very pretty tea set. Apparently tomorrow we are having a tea party, that may last all day. We will be getting one sweet from the bag that Small bought her, and drinking real drinks out of the the tiny tin tea cups.

She’s had a lovely day, even though she had to wait until this afternoon to get her presents (we were waiting for Big to get back from school to take part. We did ask if she was OK waiting, and she was). I think she’s planning on basically doing birthday day two tomorrow.

I still owe her a card, she wants one with a drawing of her on it, and today I couldn’t quite figure it out.

Sneaky feeling I have something I’m meant to be doing. Aargh.