Today I went to London. I spent hours on a train (with a book, and a sketchpad) in order to go to the launch event of the third in a series of books that I haven’t read.

Ahem. Is it OK to admit that?

It’s just it’s JK Rowling. And while I haven’t gotten around to reading the Cormoran Strike novels, I am a fan. Harry Potter was the first book I read to Big as a baby. An unconventional choice perhaps, but reading aloud settled her down, and trust me, anything that did that was a good thing.

I harboured a faint hope that she might appear, even though I knew it wasn’t on the cards. And given that the prize for the overall day is signed books, I knew I was unlikely to even get one of those. But still. 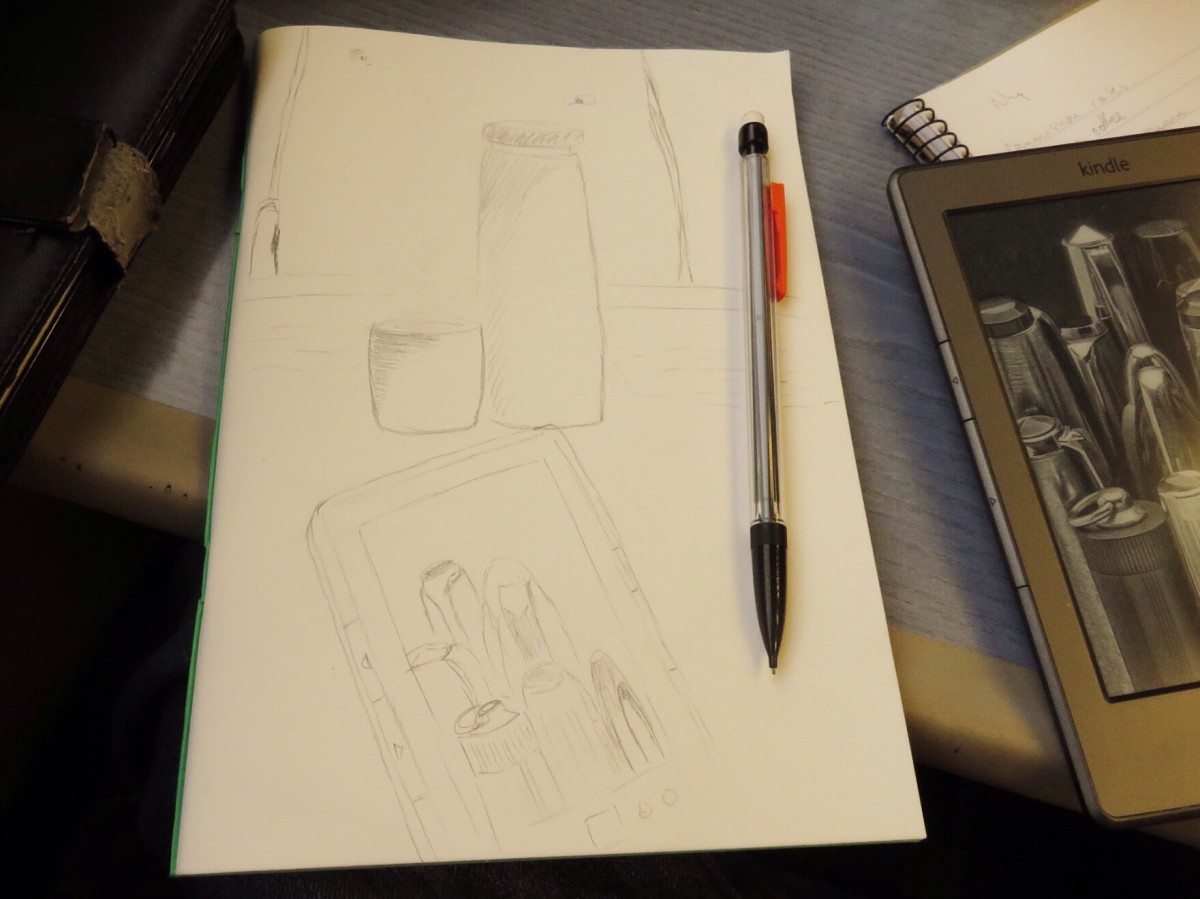 The flask in this picture is wishful thinking. I’d picked up a bottle of water, which, trust me, wasn’t up to the job required. Quite pleased with the sketch though.

I was an hour early to the location, Time Run London, only sign of which is this doorway in a run of low industrial type units near London Fields overground station. Fortunately as I started loitering, Jess from Little Brown appeared with a clipboard and swept me up to find coffee. 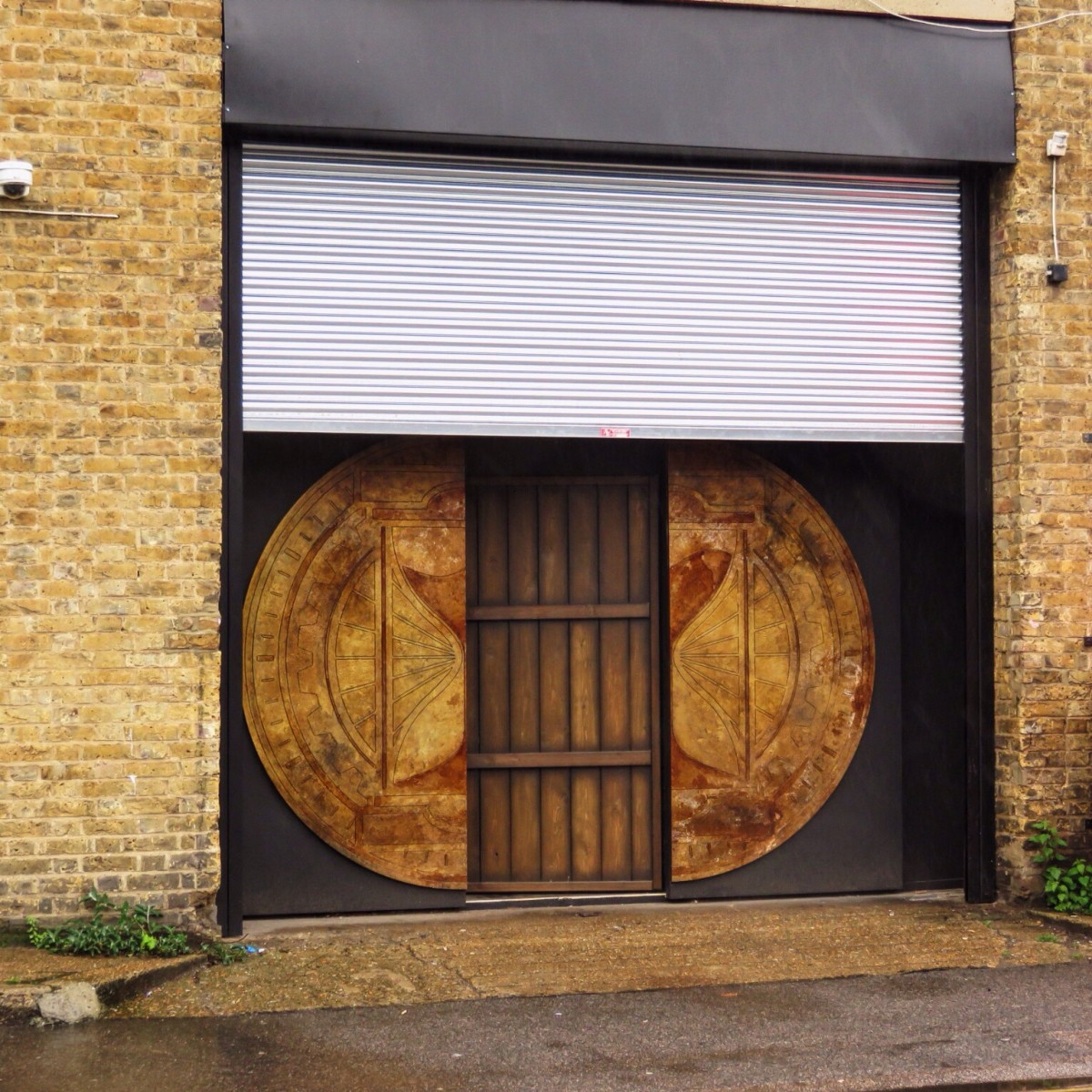 The coffee was here. 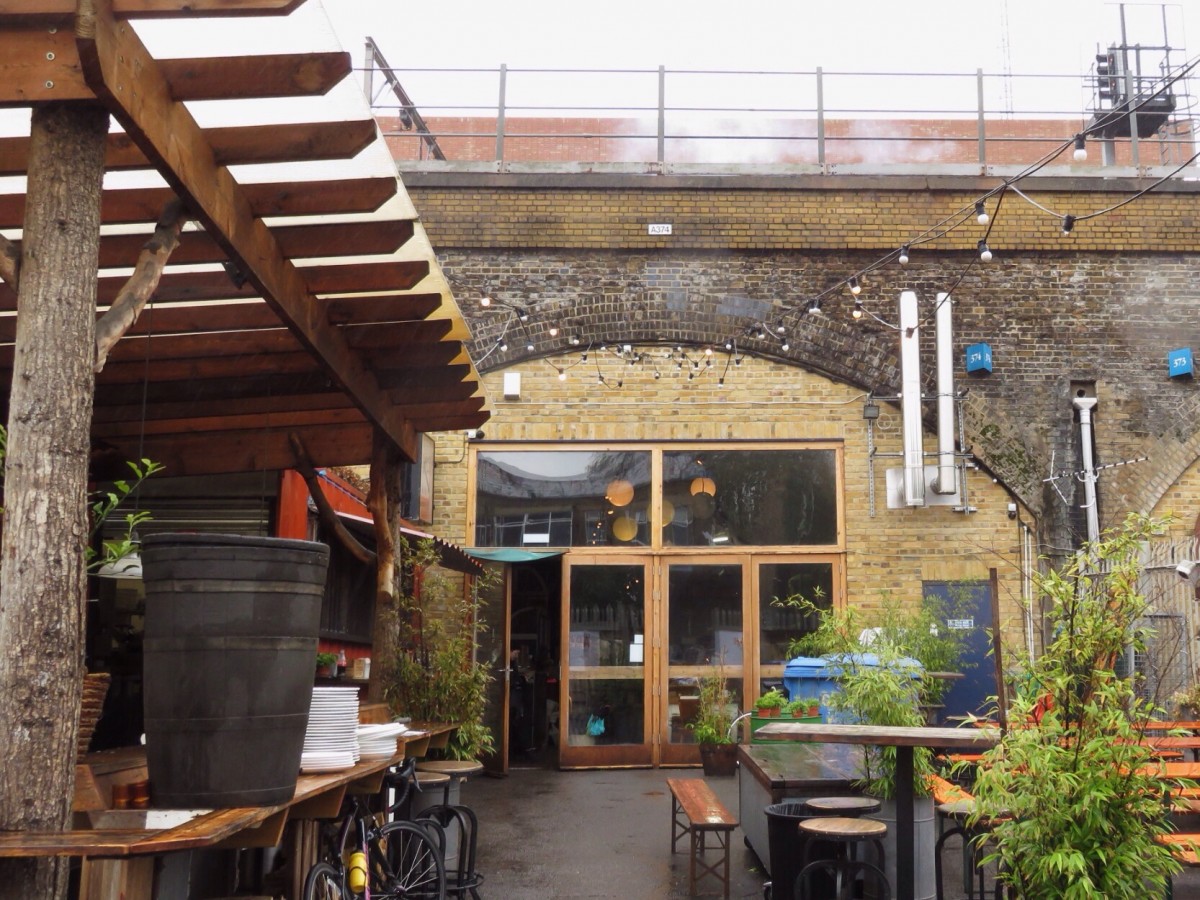 It rather amused me that on the train down I’d been reading The Shepherd’s Crown, with a scene set in a dwarf workshop under some railway arches. And now I was heading into a coffee shop and roastery under the overground.

Nice coffee. See? (This image may be seen again on Instagram at some point Labelled Hipster Coffee 😉 .) 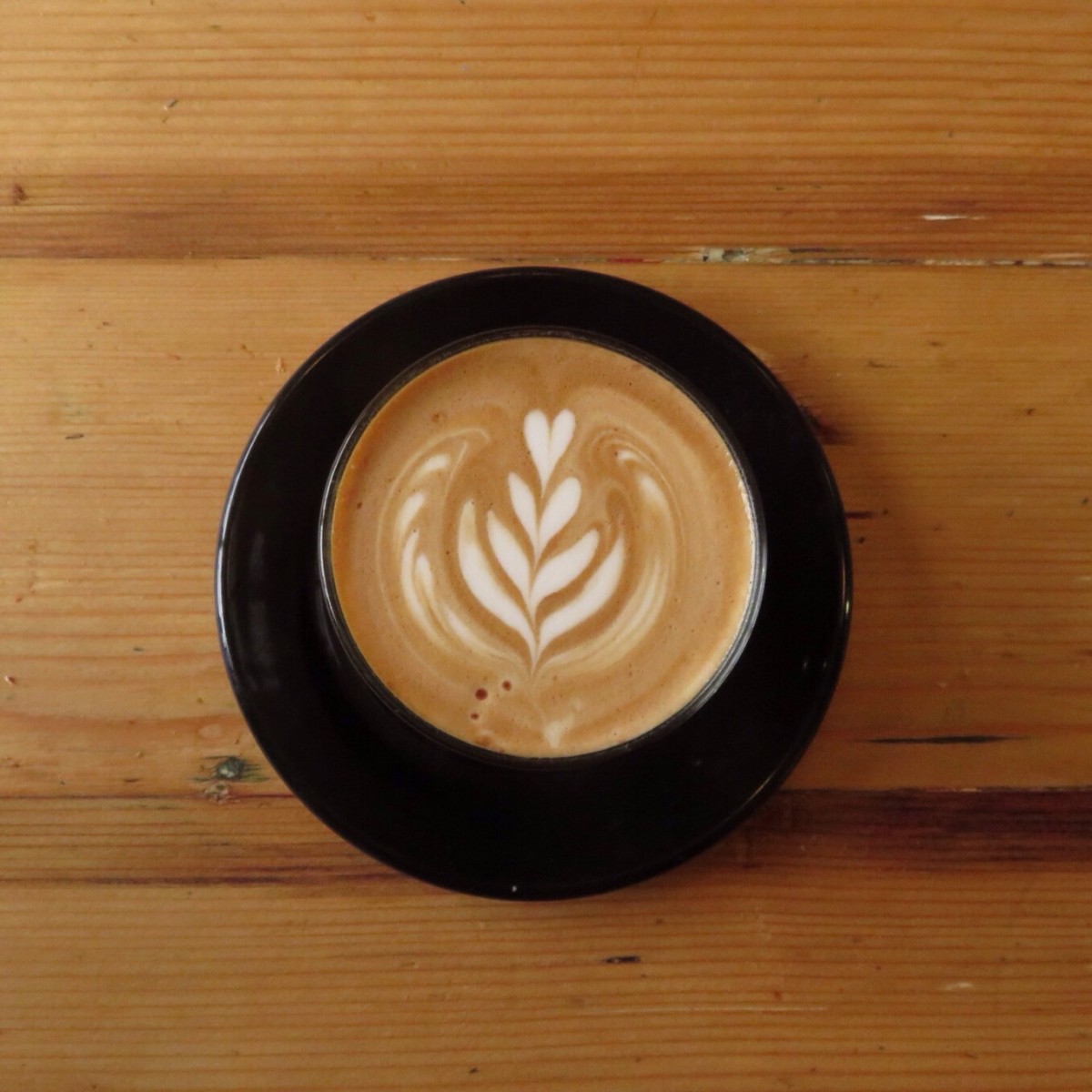 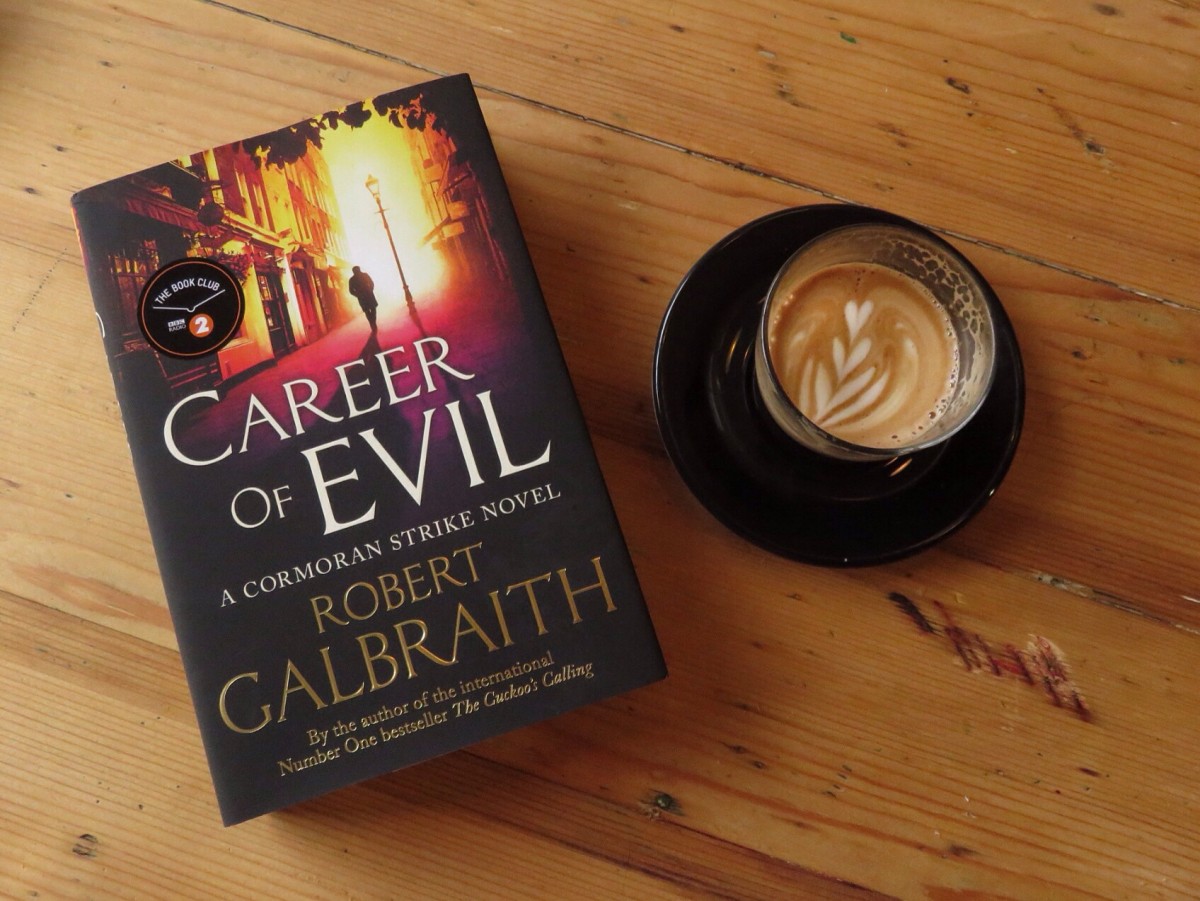 But before we got our books, we had our Time Run experience.

We were put into teams – our team was Detective 5.  And then we were given a spiel by a very debonair chap, played by Adam Lannon, and led to a room full of puzzles, which we had 40 minutes to solve.

I kind of don’t want to give any spoilers, although I think the event was just today? It was utterly exhilirating though, and reminded me of days on the support team then you walk in and everything is broken, and you rally the troops and fix All The Things.

(What? I miss those days. I miss being sarcastic and energetic and very very good at what I do. Did.  I’m very good at solving puzzles.)

Even though we’d only just met, we turned out to be a pretty good team – everyone solved something that no one else had spotted. And for a little while we were in the running for a signed and dedicated copy of the book, but it wasn’t to be.

Team 5 challenge complete! #MakeMeADetective @RGalbraith Had so much fun, can we do it again please? #london #detective #puzzles

TThat was a bit hard to take, actually. A day trip to London at short notice is quite expensive (eyes watering at what the guy who came down from Glasgow must have paid!), and yes, I got a goody bag of the book, and a beer, and some matches but no JK or even a signature?

I may have to meditate on some raindrops for a while. And here’s some I found earlier. 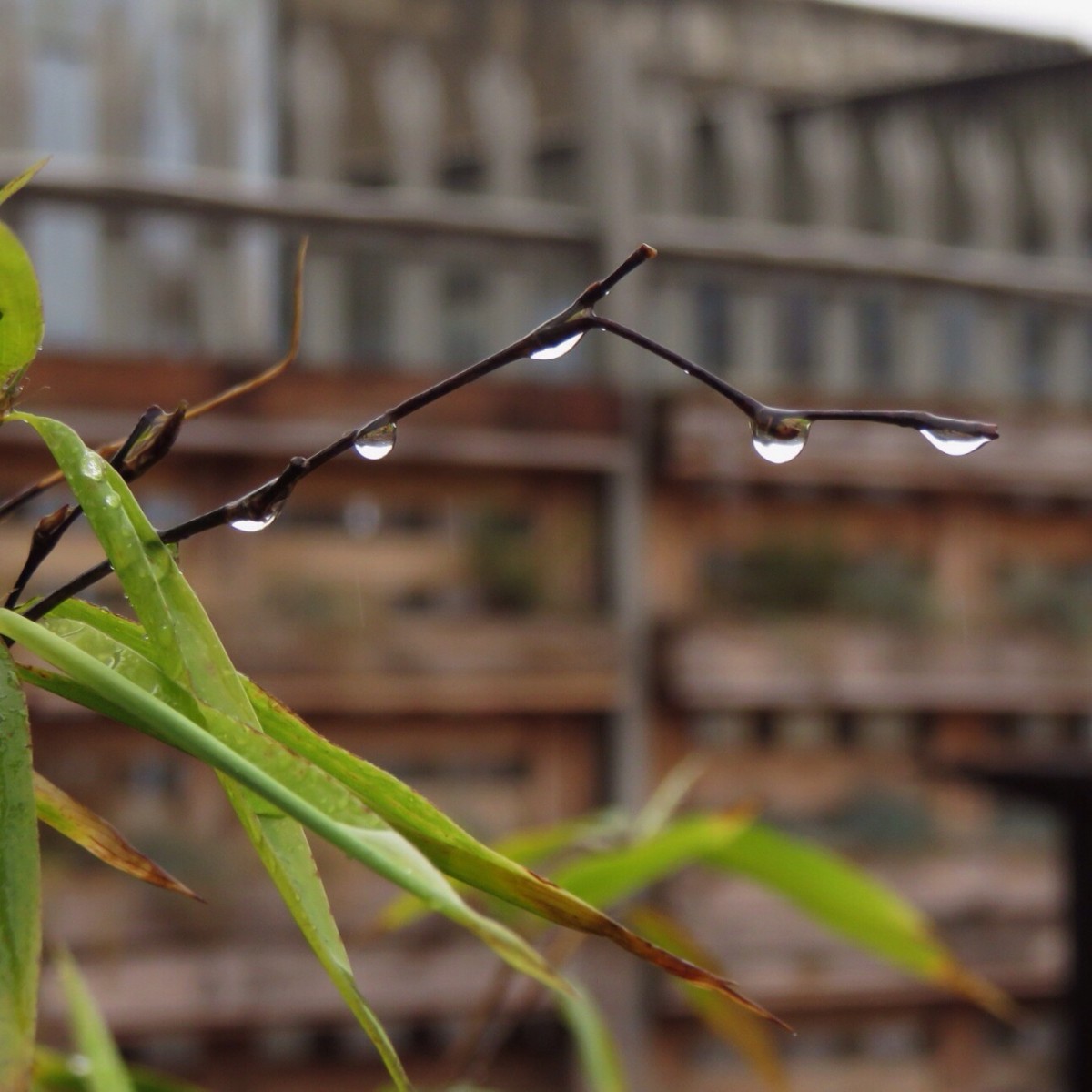 (Turns out part of the reason I was so disappointed was I’d forgotten to eat lunch. Mini quiche, mocha, chocolate bar and chocolate dessert later, and I’m back to just slightly disappointed. Just a  touch more meditation needed perhaps.)

On the bright side – I overcame my anxiety re talking to strangers, was outgoing, didn’t go into any kind of shutdown despite the horrendous noise of the roaster, and I think I did pretty well in the complete uncertainty of the puzzle situation. So so tired now though. Only got dinner to get through and then I think it’s an early night for me.

Congratulations to the winners, whoever they were, and thanks to Crime Vault and Little Brown UK for the goody bag and Time Run experience. Now, what do we think – do I need to read the first two books first, or shall I just launch straight in? 😉

Ooh, one of my team members, Harriet from TheScribbleBug  has  done an event report with a book review – read it here.