{feeling} like it’s rather more than 2 steps back for every step forward at the moment. But I think a very large part of that is my own perception, and that’s something I need to work on.

{washing} all the things. And wishing there weren’t quite so many things. So much bedding, and Tudor kit, and uniform. Have successfully washed and dried all of Big’s uniform again anyway, which feels like it’s going to get more challenging as the weather deteriorates.

{hurting my head} trying to get to grips with GCSE maths. It’s not the maths, I’m pretty confident with that. It’s what the strategies are to get the mark you want, which wasn’t something I ever had to confront with O level. You just worked through the paper, getting as much right as you possibly could, and then you worked through it again,  checking your answers, and filling in any gaps. And your working. Always show your working.

{enjoying} the sunshine. And the moon, which has been quite spectacular this week. I’m planning on getting up to see the supermoon tomorrow night as well.

{Not enjoying} ferrying children around. Big has got another cadet weekend on this weekend, which has involved two early starts. In fact I need to go to bed, because I’m driving in the morning.

{designing} a creative challenge. Anyone up for it?

{pondering} miscommunications following my mumsnet post. Apparently I was smug, patronising, and had baited people with the headline primarily to drive traffic to my blog to earn pennies. All I can say to all of that is that I wish it really was possible to find out everythingh about someone and their motivation in just 800 words. I had no intention of causing offence, hohum and all that.

{drawing} not enough. I need to remember that time flicking around twitter doesn’t make me feel achievement at the end of the day, while as little as 10 minutes drawing does. 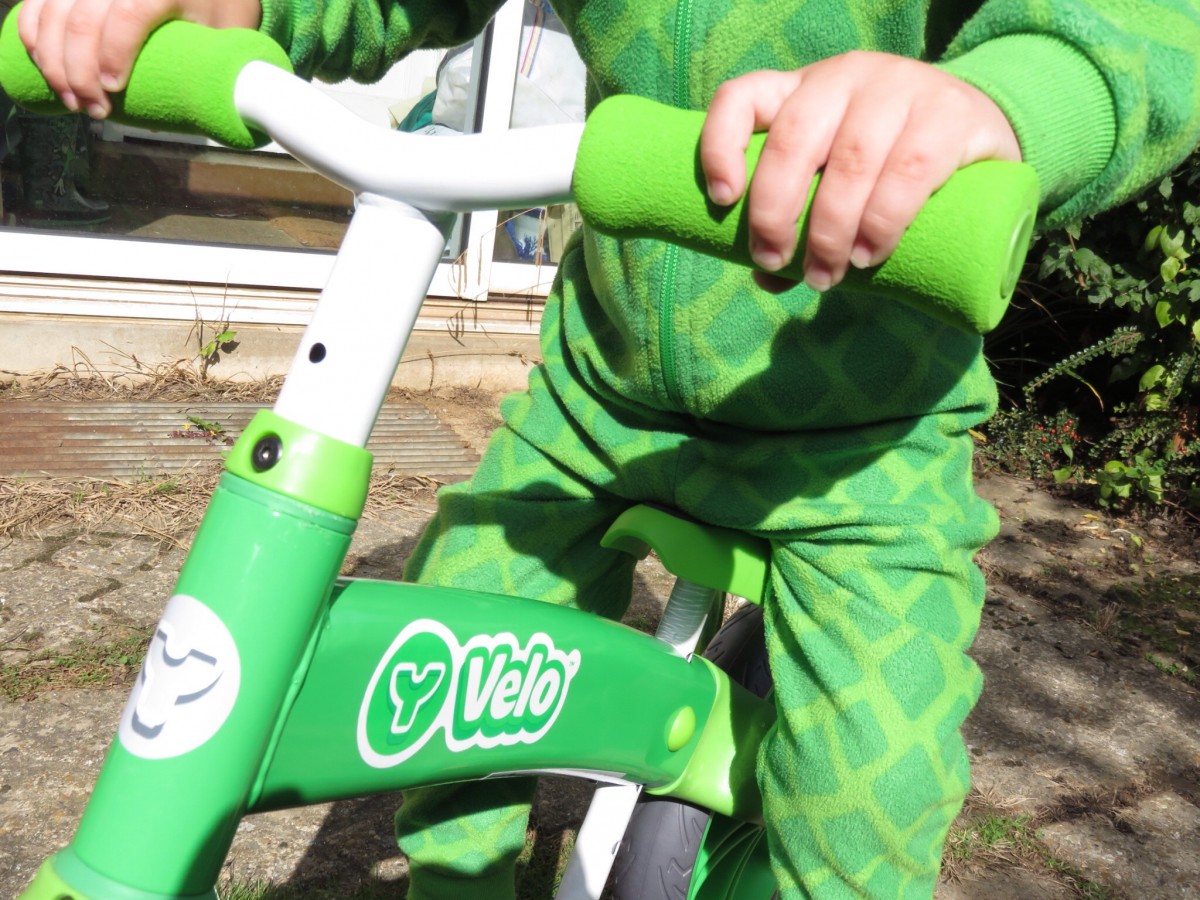 This is a dragon riding a green balance bike, the Y Velotion, sent for review. It’s a very happy dragon 🙂 The bike arrives in pieces in a box, and after a slight hiccup with me struggling with one of the bolts (I really have very weak hands!) it went together very easily, and feels extremely sturdy.

I love balance bikes. I love how quickly and easily a child climbs aboard and is run/riding about the place. Tigerboy is 3 (“and a half!”) and he’s the perfect stage for this. Give him a little while and I won’t be able to keep up wth him, and half the battle of bike riding is won.

Definitely a win as far as he is concerned.

Big has done her first mock exams, and the results she’s got so far say she’s pretty well positioned for her GCSEs. More results to come this week. She’s spending the weekend on yet another cadet activity, and is well on the way to her next star level too. Small had a great weekend at Kentwell last week. On Tuesday he was the only page, and at age 12, met and greeted every school party as they reached the great house. Genuinely impressive. Smallest has cracked coins this week – I found a tin of loose change in the garage and told her she could have every pound she counted out. She’s up to £5 so far. Tigerboy, as detailed above, is learning to ride a balance bike.