I’m thrilled to be kicking off the UKYA extravaganza blog tour today with a guest post from the wonderful Sue Ransom. Sue is the award winning author of the best selling Small Blue Thing trilogy, with her latest book, The Beneath published in March this year. She manages all this alongside a full time job and a family. What regrets could she possibly have? Read on to find out more… 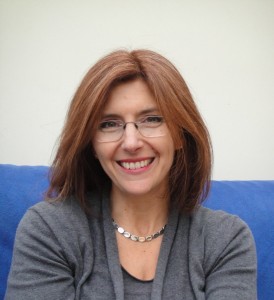 When Jax first suggested that I do a post in her ‘Dreams and Regrets’ series, I wasn’t sure what I might write. To many people I’m living the dream – I’ve had four books traditionally published, they’ve been translated into several languages and one has won an award. What do I have to regret? Why aren’t I just enjoying what I have?

But the more I thought about it, the more I realised I have plenty to say.

I started writing because I had a dream – I wanted my young daughter to have a book which resonated with her and which described her own, familiar world. All her favourite books were set in America, it seemed. So I wrote a story just for her, as a birthday present. I wrote about her school and her friends, and a girl who might be like my daughter would be when she got to seventeen. It took months, and throughout that time I kept dreaming that she would love it, that I wouldn’t be faced with the nightmare scenario of her finding it a bit lame. And that dream came true. She did love it, and then another much more secret dream came true as well.

Although I’d written Small Blue Thing just for her, in some quiet, buried part of my brain a little voice kept repeating the same thing: “You could get this published. You could be a proper author. You could go to fabulous author events.” I didn’t share those thoughts with anyone, and I almost keeled over with excitement when the first publisher to see the manuscript offered me a three book contract.

In no time at all I was standing in the printer’s factory, holding one of the first of thousands of copies

of my book coming off the production line. And I now have a whole bookshelf of different editions of the books, a dream I never dared to have at all.

So what of the regrets?

There are plenty of them too, and they are mostly due to my lack of courage. I still have a day job, and I know I’m in a chicken-and-egg situation. If gave up the day job I would have more time to write and promote my books, and then I’d sell more books. And if I sold more books I could afford to give up the day job.

It’s a tough call, but one day I hope that I’ll have the courage to make that dream come true as well.

For now, I’ll meet as many readers at as many events as I can cram into my annual leave, and continue writing in snatched moments perched in corners. And the more readers I meet at events like the UYYA Extravaganza, the braver I get. It’s so encouraging to hear that people like what you’ve done, that maybe you’ve inspired them in some way.

So maybe one day soon I’ll take the plunge. I hope so.

Thanks for joining us Sue – and I hope you find the courage to take that plunge soon, I think it would be a fantastic thing for all of us.

You can find out more about Sue on her website, via twitter, and of course her books are widely available eg Sue Ransom at Amazon

Do make sure you check out the rest of the blogs in the UKYA extravaganza blog tour, and don’t forget to get your tickets for the event itself – find out more on the UKYAX website 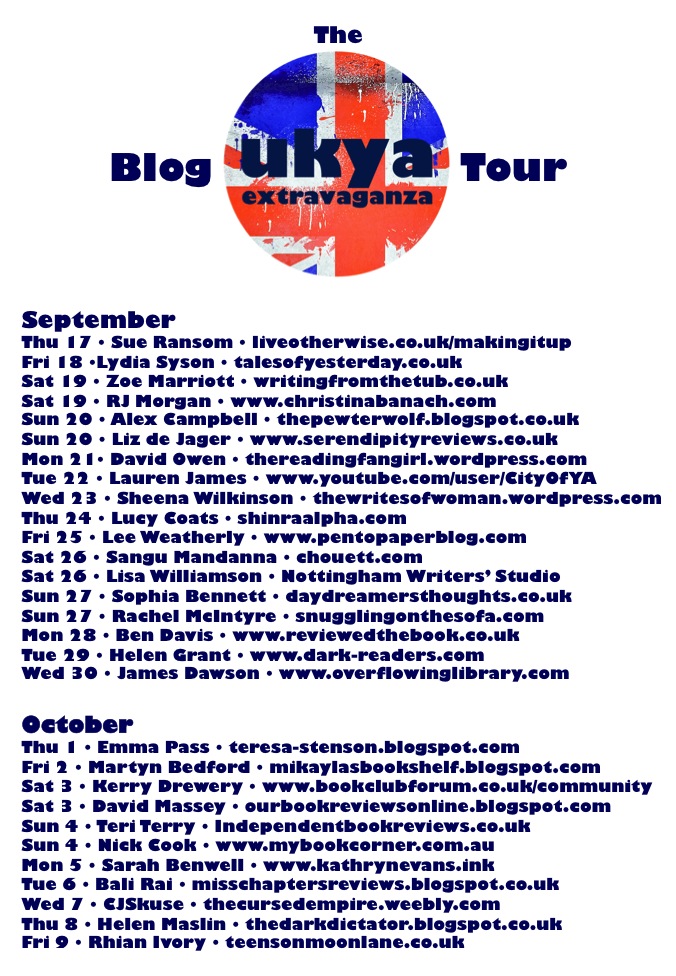