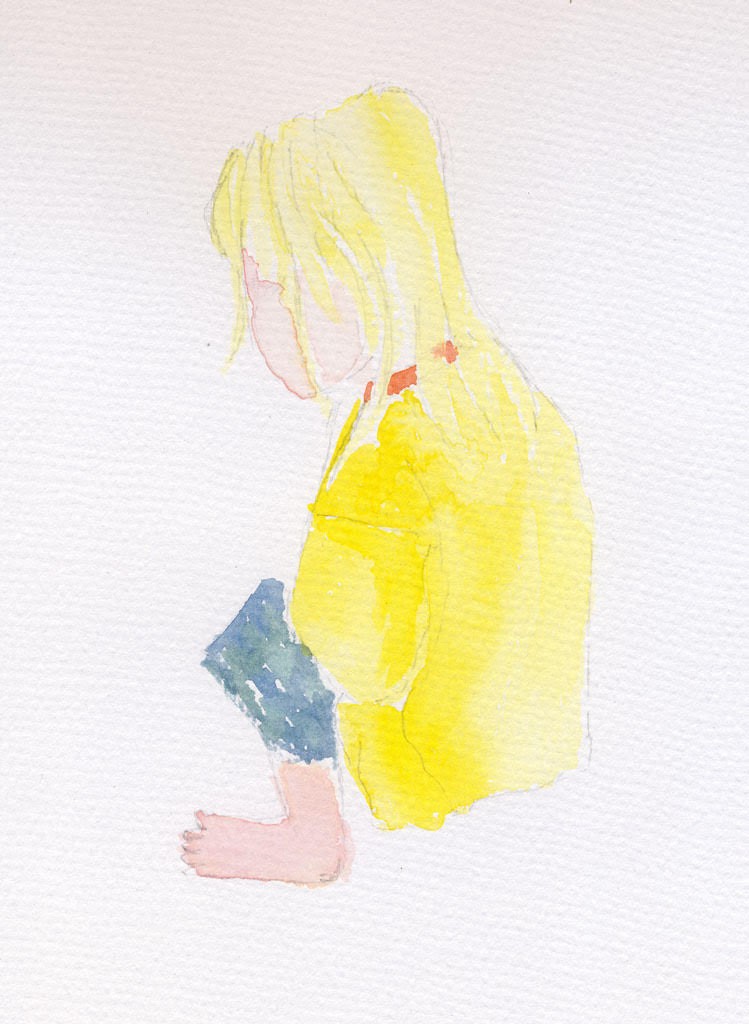 Tigerboy isn’t quite ready for potty training. I keep trying, but given that his preference for doing no 2 (sorry!) is hiding in a corner in best “I’m not pooing” pose (see above), I don’t think we’re quite there.

He will use the potty, but I find that we often degenerate into a Joyce Grenfell-esque exchange.

“Because that’s where you do wees.”

And so on. It’s kind of tiring. And doesn’t always end quite so quietly 😉

He’s kind of got the idea during nappy changes. And he can pull Pull-Ups down, not up quite so well though. (Two legs, one hole. Oh dear.) He won’t tell me between nappy changes though, and although we’ve tried a few garden days without anything in the way of the urges as it were, it’s been very unsuccessful so far.

But I keep plodding on with it. And I’m pleased to say I’m working with Huggies Pull-Ups, and they’re a vital weapon in the war, not least because he likes the look of them. The hidden picture is backfiring slightly though – he likes to see it. Which means he’s less likely to try to keep the pull up dry (the picture only shows when it’s wet). I’ve yet to go for reward chart and stickers, they may feature somewhere in our future though.

So, apart from reward charts, what are your potty training tips? Any truth to the idea that boys are later than girls with this sort of thing? (My unscientific sample of two girls and one boy so far would have them about even I guess. Big was early, Small was next, Smallest was slightly older, but when she did switch to pants, very quick with it all.) And tell me, do your children hide in a corner for that moment, or is that just mine?

Disclosure: I’m a brand ambassador with Huggies Pull-Ups and am being recompensed for my posts related to the campaign.