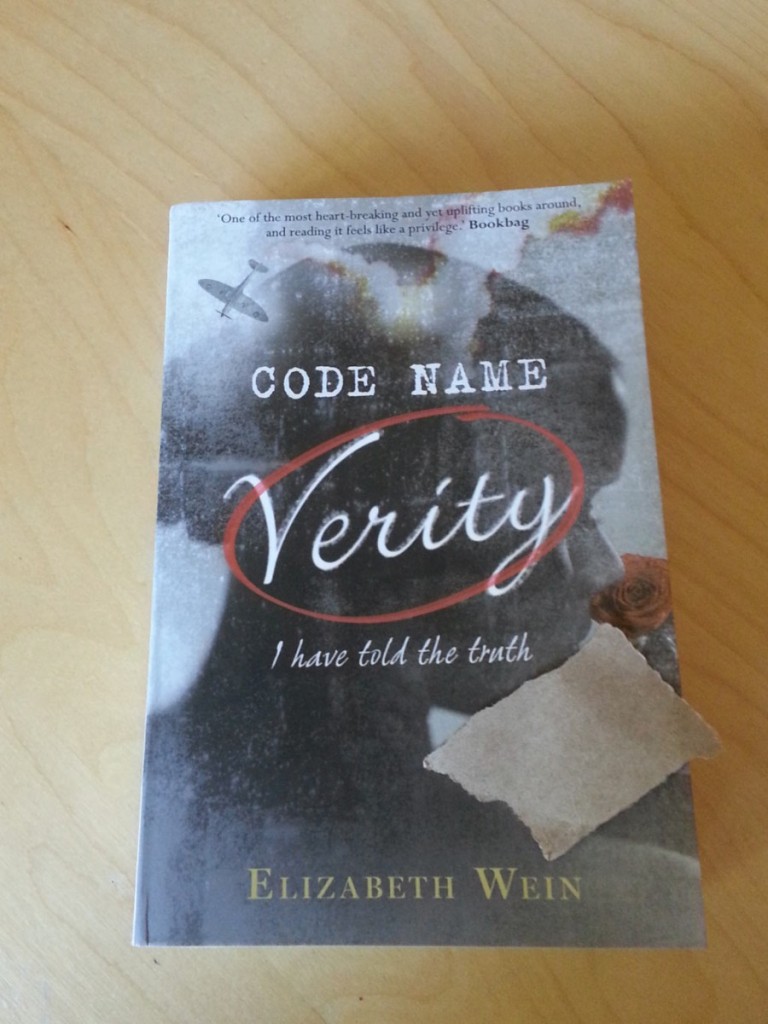 Only in wartime could a stalwart lass from Manchester rub shoulders with a Scottish aristocrat, one a pilot, the other a special operations executive. When a vital mission goes wrong, and one of the friends has to bail out of a faulty plane over France, she is captured by the Gestapo and becomes a prisoner of war. The story begins in ‘Verity’s’ own words, as she writes her account for her captors.

Truth or lies? Honour or betrayal? Everything they’ve ever believed in is put to the test…

Tim read this months ago, maybe a year or more, and has been encouraging me ever since to read it. And a while back I did pick it up and start it and while it was OK, it just didn’t really grab me, and I put it down again.

Then I did my unfinished books post. And started finishing books.

Maybe it was just that the start was a little slow. Also, what the narrator is saying about herself doesn’t make for easy reading. She’s not a lovable character – she doesn’t seem to like herself very much. But the story that she’s telling grows more and more interesting, and then when the book switches to the second viewpoint, it all becomes so much clearer.

I kind of want to go back and read the beginning now that I’ve read the end. Pick out the clues that I’m sure are there. Read the subtexts, the story between the lines. This is a book that will stand reading, rereading, discussion and debate I think. And also, maybe this time I’ll be able to read the end without crying, because quite frankly, I wept buckets.

There’s a page, you’ll know it when you reach it, that I had to stop and reread three times until I accepted it. (I hate spoilers in reviews, I hope that’s non spoilerish enough!) I’m still slightly stunned. But it was right. It fitted. You know how sometimes a book has a twist, and it’s so obviously just to get the writer out of a plot hole? This isn’t a twist as such, it’s just not where you expect/ hope the story to go. And that’s as much as I’m going to say.

Tim is reluctant to read any more books by this author because he doesn’t see how they could be as good as this. I think if they’re half as good they’ll be good enough, so I’m going to seek them out. And we’re proposing this as a family book club title, think Big will enjoy it, not sure whether Small is quite ready for it yet though – we’ll let him judge. If he isn’t, then we’ll get round to discussing it in a couple of years when he is.