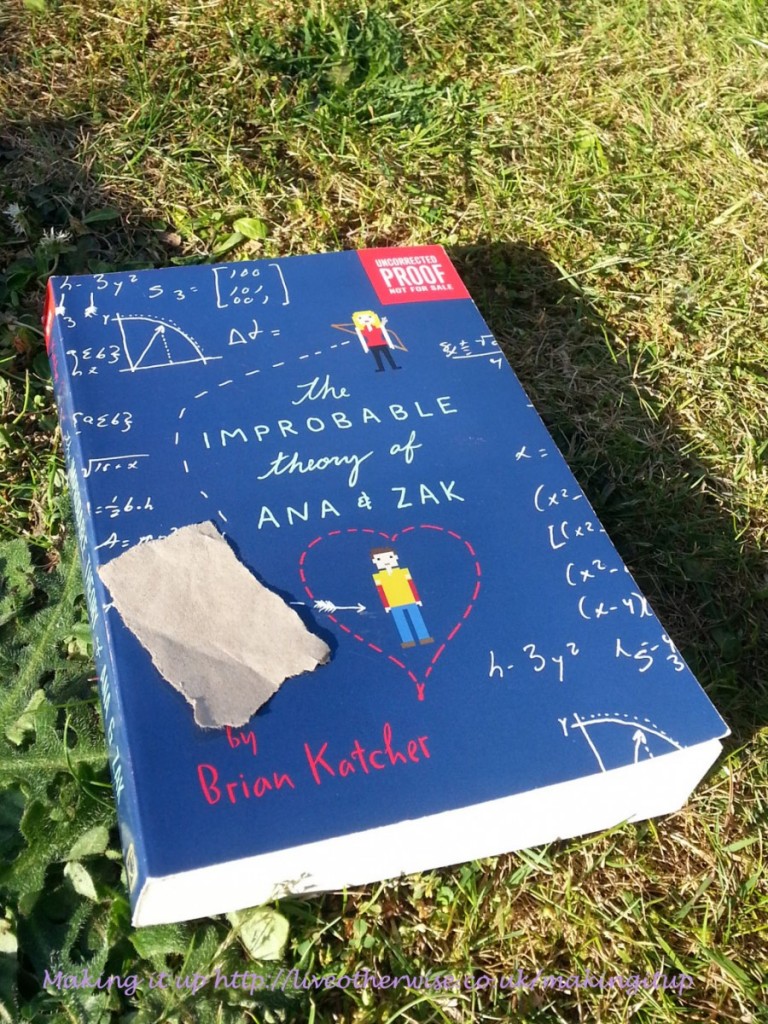 Perfect for fans of Nick and Norah’s Infinite Playlist and The Statistical Probability of Love at First Sight, The Improbable Theory of Ana and Zak is Stonewall Award-winning author Brian Katcher’s hilarious he said/she said romance about two teens discovering themselves on an out-of-this-world accidental first date at a sci-fi convention.

When Ana Watson’s brother ditches a high school trip to run wild at Washingcon, type-A Ana knows that she must find him or risk her last shot at freedom from her extra-controlling parents.

In her desperation, she’s forced to enlist the last person she’d ever want to spend time with—slacker Zak Duquette—to help find her brother before morning comes.

But over the course of the night, while being chased by hordes of costumed Vikings and zombies, Ana and Zak begin to open up to each other. Soon, what starts as the most insane nerdfighter manhunt transforms into so much more. . . .

I started this in a tent at Kentwell on our last morning there, having had it sat throughout the week untouched. There isn’t actually a lot of spare time around the whole wrangling children, reenacting and walking to and fro that goes on there.

Shame really, as it’s exactly the kind of light entertainment I could have done with if I hadn’t been kind of exhausted throughout. It’s not challenging at all, and nothing terribly unexpected, but for those days that you just need something fluffy, pretty much perfect.

The romance is lighter than expected, it’s more about coming of age distilled into one evening. Think John Hughes movie without the depth and you’re in the right zone. There is a little romance, as well as a lot of silliness and a fair number of in jokes, so if you’re not up to date with your Trek v Wars, some of this may go over your head.

Do I recommend it? If you’re looking for good YA romance, I’d go for a Jen E Smith first of all to be honest, but if you like a bit of SF con with your romance, this will be perfect. I’ve handed it off to the teen, I’ll let you know what she thinks if she gets round to reading it.