(amazon link). We had dinner before film, and the little ones went to bed, so we could watch something a bit more adventurous. Bruce Willis is usually a good sign that an action movie will at least be fun, although it turned out that this wasn’t really an action movie. The humour went largely over Small’s head, and none of us appreciated that the end of the film is shown at the beginning, but it turned out to be better than expected at that point. Have linked Amazon affiliate (your support is appreciated etc) but we watched on Netflix – #StreamTeam excellence.

. He’s been on at me to read this forever it seems, and now I’ve finally picked it up I’ve got to admit it’s very good. Not quite sure where it’s going though, which feels a little off balancing.

{eating} the quick and easy bacon sandwiches. In freshly baked baguettes, as I had to buy those part baked things, as no shop in town had any. What’s that about then?

{visiting} local Brewer’s Fayre to review their arts and crafts activity morning. Bit of a mixed bag with this – the arts and crafts was very similar to what I do with them at home, though obviously the glitter wasn’t on my carpet in this case 😉 (which may, quite frankly, be sufficient reason to visit!) However, the visit was free, included a Beano magazine with drawing stuff in it, as well as the paint, glitter and glue, cup of sweets, a balloon, and 2 1/2 free hours in softplay. There was also an option to get faces painted, which Tigerboy went for (see below) – I think that’s usually an extra when you attend the softplay. Well worth checking out what your local Brewer’s Fayre does in school holidays – this was halfterm May-hem, and appears to be available in a variety of outlets across the country, but is a pretty well kept secret – there were only 3 families there including us when we went. Brewer’s Fayre also do kids eat free for breakfast (adult breakfast was 8.75 I think) although we had lunch instead with a voucher included in our review. Kids devoured the entire meal which was a surprise – Smallest even ate her brother’s chips as well as her own! 4 of us ate for just under £25 (drinks are extra on the kids’ meals, which does push the price up a bit, but you can get pudding for just 50p extra so swings and roundabouts). Spot my food pics and others from the visit on instagram

{feeling} overwhelmed. I have, as ever, allowed deadlines to creep up on me (why can’t I plan from a calendar) and the next couple of weeks is going to be ridiculously hectic. There will be erratic blogging. 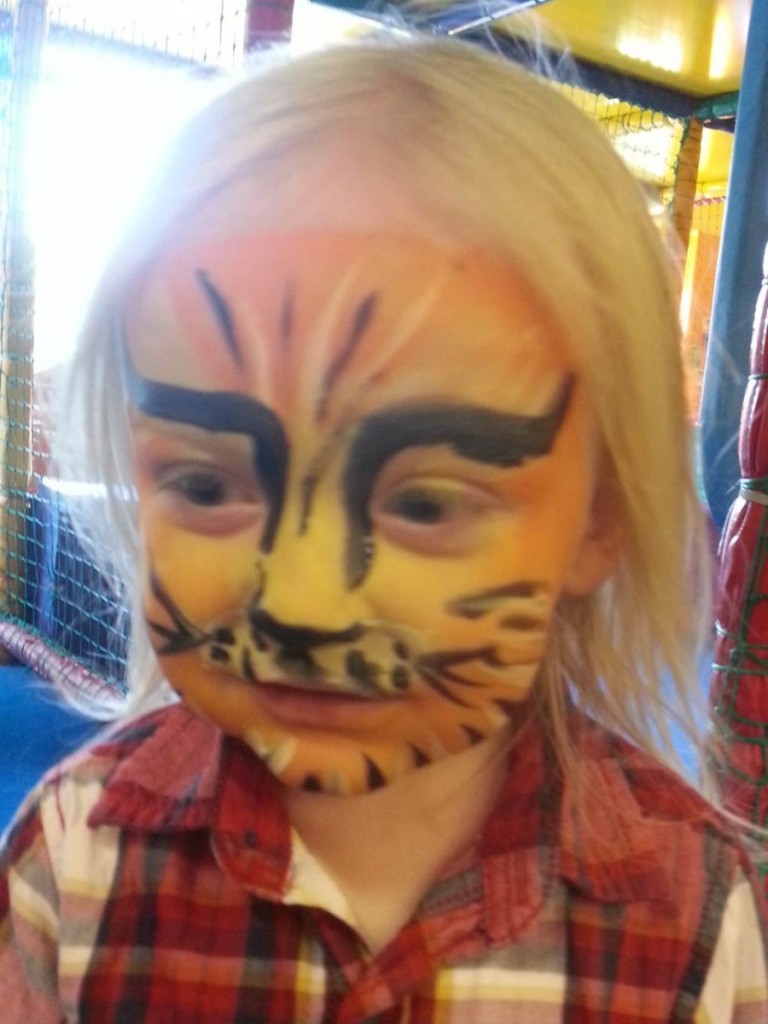 Big is back after her first week off in the 1920s. She had a great time, and says she’s learnt lots. Small is now 12. He had a quiet birthday, starting with a meal out with Tim the night before (vietnamese, and he really enjoyed it!) then he got a small present from us on the morning, and is still owed a cake, as we were still working our way through Tim’s birthday cake. (Which also means the blog is 12. Happy blogiversary!) Smallest has had a quiet week mainly, although she very much enjoyed the soft play visit. And Tigerboy has cracked scooting! The first time he tried he just stood on the scooter and dabbed his foot up and down, but yesterday he got on and shot around the garden, was great to see.

Me, I’ve done a few bits of doodle drawing, and a tiny bit of recreational sewing. Must spend less time frittering on social media and more time being me elsewhere.