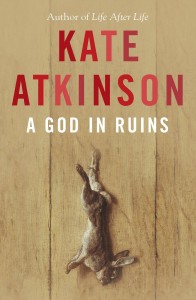 affiliate links – thanks for your support!

I have a confession to make – I am a bad book blogger. (Quiet at the back there!) No, seriously, in this particular case I have let you down.

I have had A God in Ruins sitting here waiting for review, and I have a very peculiar problem with reviewing it. It’s just too good.

I don’t want to finish it. I don’t want to devour it and have it gone, I want to savour it, enjoy it, cherish it. Roll the words and the ideas around in my head, make friends with the characters, carry them with me through my day.

It’s an incredible novel. Swooping through time and the intertwined lives of the Todds, it focusses on Teddy, Ursula’s brother. But as no man in an island, telling Teddy’s story necessitates telling so very many more, from before the war (I always hear that phrase in Tim’s dad’s voice somehow) right the way through the century. Although not sequentially. Instead it dips and dives from one event to another, and yet somehow comes together into such a satisfying whole – I have no idea how this is achieved. (Should have asked that question really!)

So, not a complete review, because I’m not completely done. Instead, today, I give you more words from Kate Atkinson, in the form of an interview. Sadly, I didn’t get to sit down with her over a cuppa, (probably just as well, I think I’d have been rather tongue tied) it was via email, but I think you’ll agree that I got value for money with my answers. 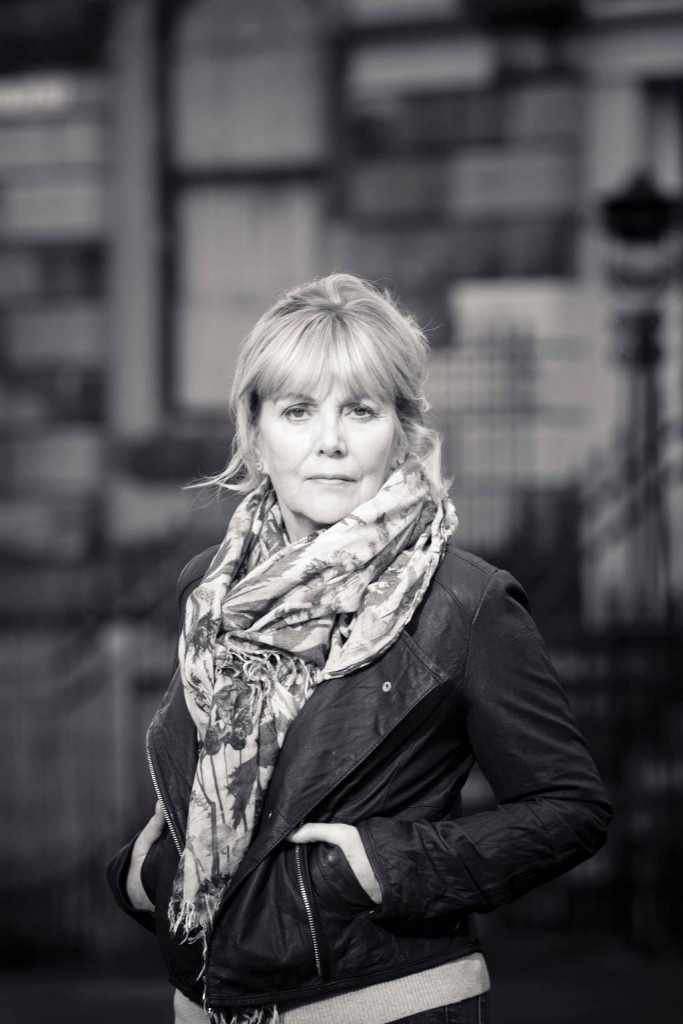 1) Both Life after Life and A God in Ruins deal with brutal topics in a clear and undramatic way – I would say that the calmness allows the reader to consider the events without the author’s emotions getting in the way if that makes any sense – was that ever difficult to maintain? And if so, what were the most difficult topics to write?

Oh, that’s a complicated question. Well a writer is outside of their narrative, you have to be objective in order to write, because writing is such a structured activity, it’s not just an out-pouring of emotions. So by the time you’ve considered how you’re going to write those scenes, you have already got a certain authorial distance, and then the important thing is to be able to recreate those moments – flying over enemy territory, the terror of crash-landing or ditching and so one and render them in such a way that they retain their power and their truth. In a way, you’re analysing something, and taking it apart, and then you’re putting the ‘feeling’ back in. There are s a lot of harrowing scenes in this book and in Life After Lifebut I don’t really get distressed by them because I I’ve been through all of that before I start writing.

The only scene I cannot revisit – in fact I never do revisit – the only scene which made me cry is in Behind the Scenes at the Museum when the pet dogs are killed in the First World War … It’s just so horrible the idea that you’d send your pet dog to the Front. What were these people thinking? Puppies going to do their bit… Death of any dog, of animal, they’re the ones I find difficult. The death of Ginger in Black Beauty scarred me for life. People are easier to kill in novels.

2) Given that Life after Life loops through the same time periods repeatedly with changing details, how did you keep track of which timeline Teddy is travelling in A God in Ruins?

He’s not on any of Ursula’s timelines, he’s on his own, so that wasn’t a problem. My greatest difficulty was deciding in which order the chapters go so that they add up to make the best portrait of Teddy. I spent more time rearranging those chapters than I did anything else. It was never going to be a linear narrative, I wanted time to feel fluid. Our lives may be linear, or appear to be, but really we’re the sum total of everything that’s gone before – all the times in our lives, as it were.

3) In your interview on BBC News (Telling the lost stories of the second world war), you refer to needing to be ‘almost in solitary’ to keep focus on writing. How do you achieve that – what’s your ideal writing space?

Well, you just shut the door. You just do. I’m very self-disciplined. I probably prefer to be on my own anyway, so that’s not a problem. It’d be very difficult to be an extremely sociable person and still write. My ideal writing space is… ooh… a small room with a lot of light. In a tower, perhaps.

4) You’ve focused extensively on World War II, is there any other time period that attracts you at all, and if so, what is it?

“Hmm… I have a Victorian novel I’d like to write about the railways. I’d quite like to write a science fiction book set in the future, as well but life is short.”

5) What’s the question you wish people asked but they never do? (And the answer!)

Hmm, I have no questions I’d wish to be asked but that’s not a very good answer, is it?! My fondest memory of a question was at a literary festival when a woman stood up and said, ‘Where did you get those shoes?’ I had just bought them in Italy and they were particularly good shoes.

So there you go, Kate Atkinson, a tantalising look at potential writing plans (Science Fiction – please!) and her shoes 🙂

Have you read Life after Life? Will you be reading A God in Ruins? Favourite Kate Atkinson book? Tell me all in the usual place.