There is something very pictorial about Terry Pratchett’s books, but in a way that isn’t prescriptive. His Discworld novels are strongly linked with the art work of Josh Kirby (left). These are the covers that I knew, from the earlier books, although Paul Kidby began work on the Discworld in the mid 90s as well, with a very different style of art.

Josh Kirby is quite chaotic, otherworldly, there’s a definite fantasy overtone to it all. I wonder if those covered flavoured my approach to the books – I suppose on some level they must have done.

Compare and contrast with the covers of much later books like Wee Free Men, and I shall wear Midnight, both by Paul Kidby. It’s much calmer, there’s more space to fill in your own imaginings, and they’re closer to our reality.

Covers not enough for you, and you’d like the whole thing illustrated? This can be achieved as well.

Although I think I prefer to be able to imagine the characters myself.

But I’ve come over all shy – I feel far too amateurish to take the stage amongst such incredible artists. So many people have been inspired to draw by Pratchett’s words, and I almost feel a fraud in talking about them all.

(Hence the reason for the lateness of this post. I have tried and tried to overcome this feeling and draw something, and write in an educated manner, and sound like I know what I’m talking about, and I don’t.)

The truth is, until this year, art work was just the thing on the outside of the book, between me and the words. It’s only very recently that pictures have started to count for me, and I’ve yet to work out how to associate them with the words I hear.

I see pictures. I hear words. The two are separate processes – I don’t think they have to be, but I’m going to have to learn how to integrate them.

I am overcome, and I don’t feel I can show off my poor flat Tiffany. 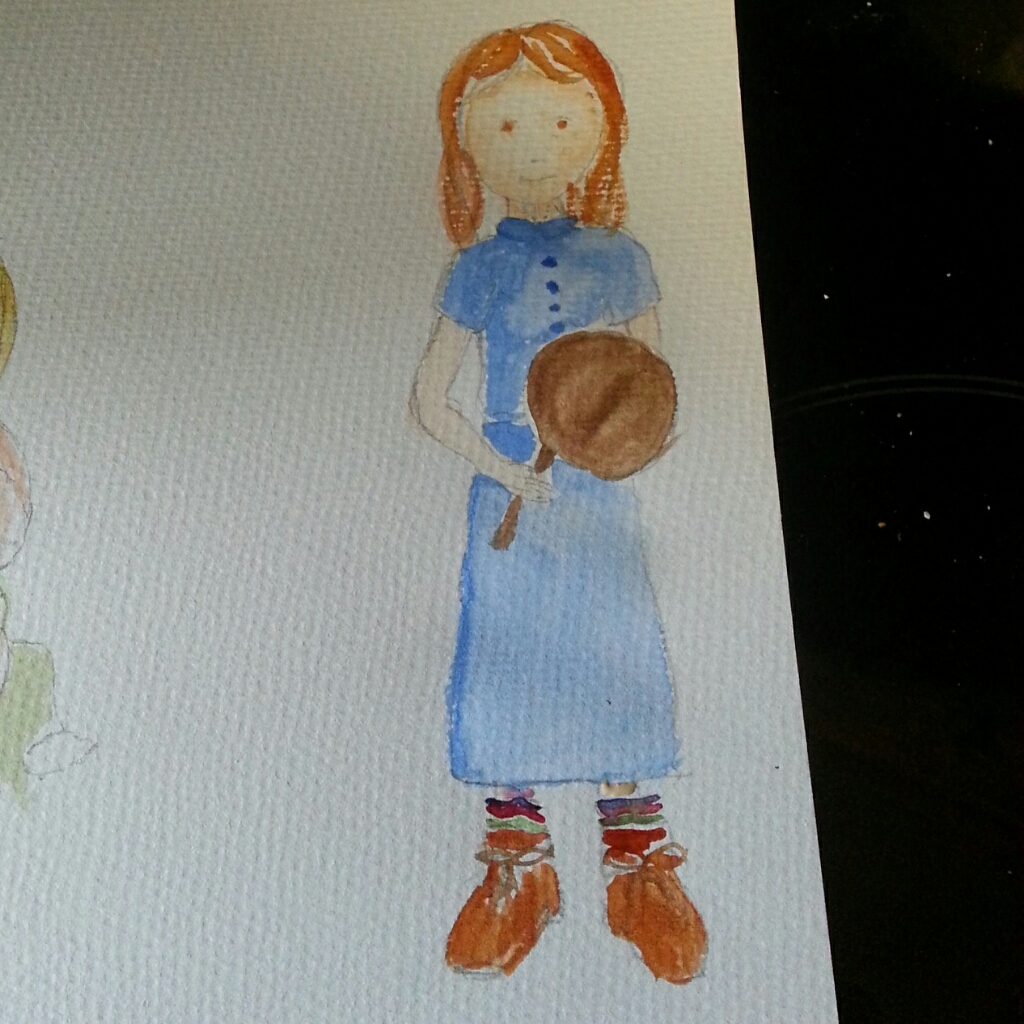 But Pratchett does inspire many of us visually, and though the man has gone, his works have not. So I suspect there will be more and more visual interpretations of the Discworld and his other creations over the years. And that, I think, is good.

3rd May – Pratchett inspired pictures (you are here)