It can’t have escaped your notice that there’s been a remake of the Annie Movie, this time starring Quvenzhané Wallis, Cameron Diaz and Jamie Foxx. And today it’s out to buy on DVD

In the run up to this launch, Smallest and I had a very special day out in London, at the Pineapple Studios with Richard Marcel, a choreographer from Strictly Come Dancing. 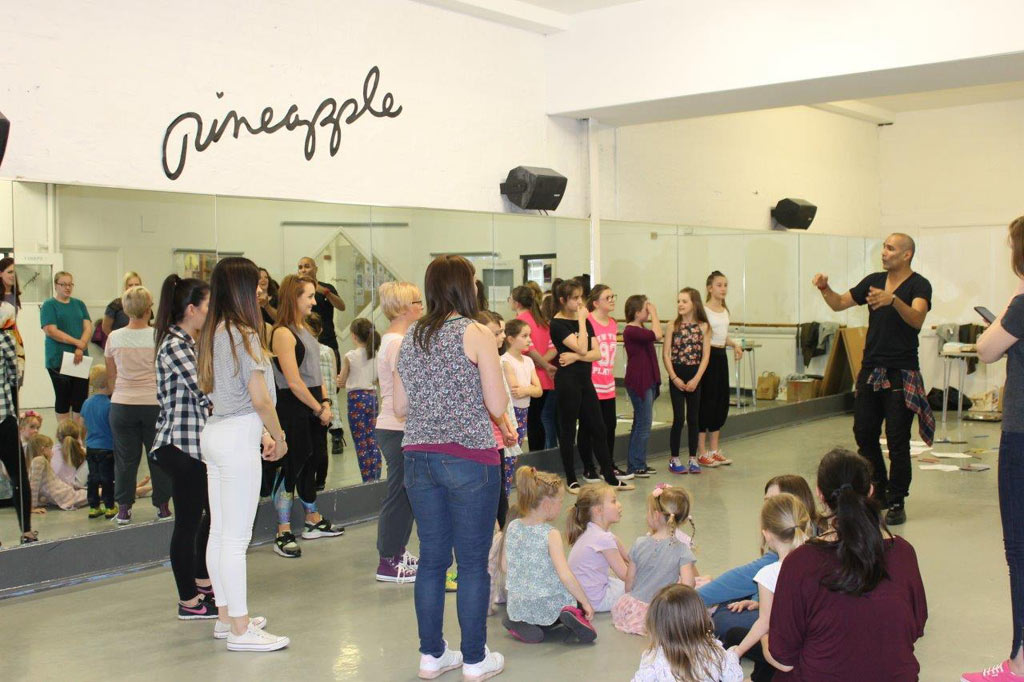 There were a whole bunch of bloggers and children there, ranging from really quite young to ahem, let’s not go there. And we all got involved. 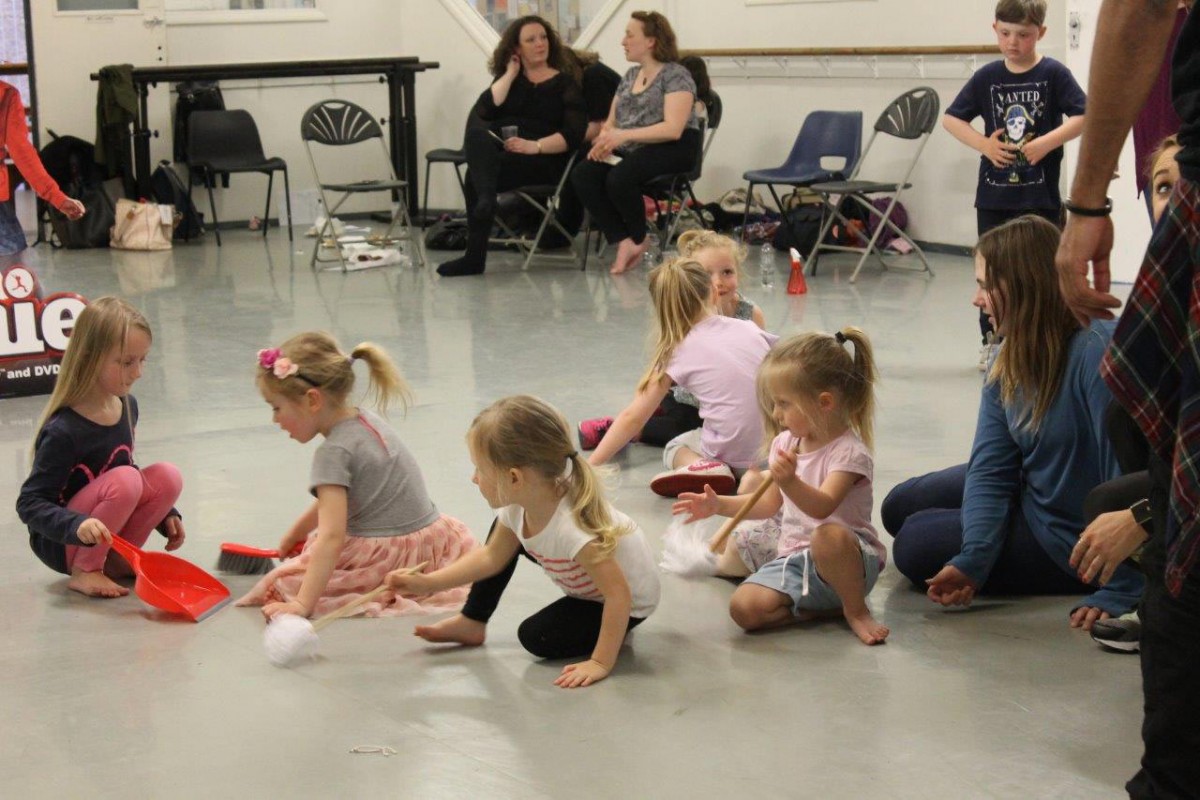 With some wonderful support from the dancers. I love this picture of Smallest being encouraged to join in. 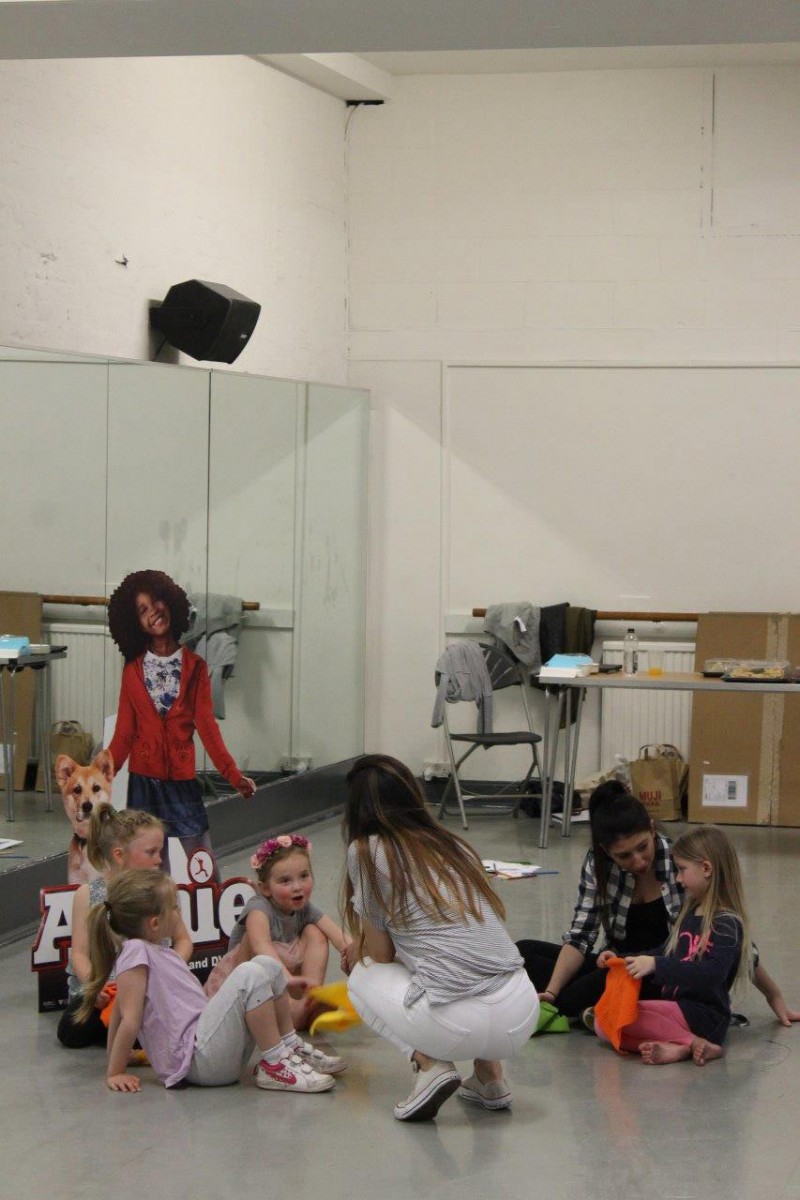 She only agreed to join in if I did. So here I am in the lineup, trying to keep roughly in time. 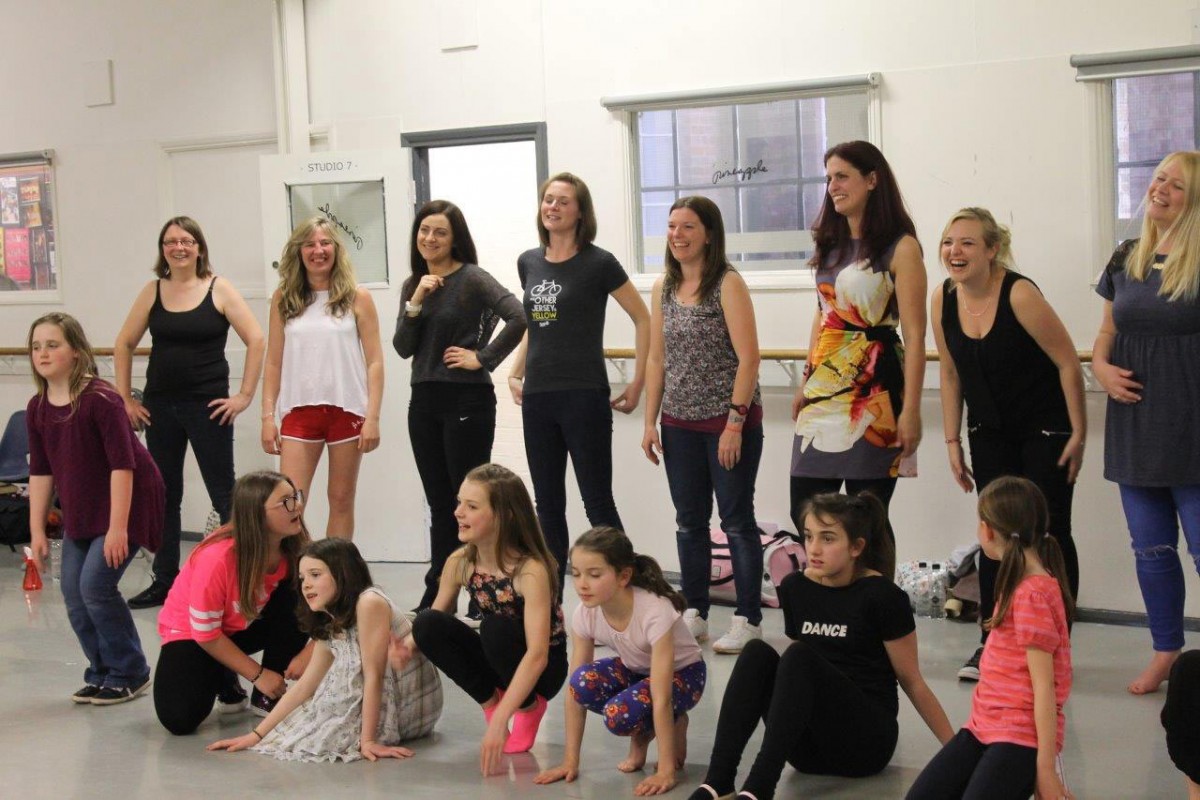 It was a pretty intense day, particularly for the teens. But the group worked really well, there was so much energy involved, and that was down to Richard and his team. 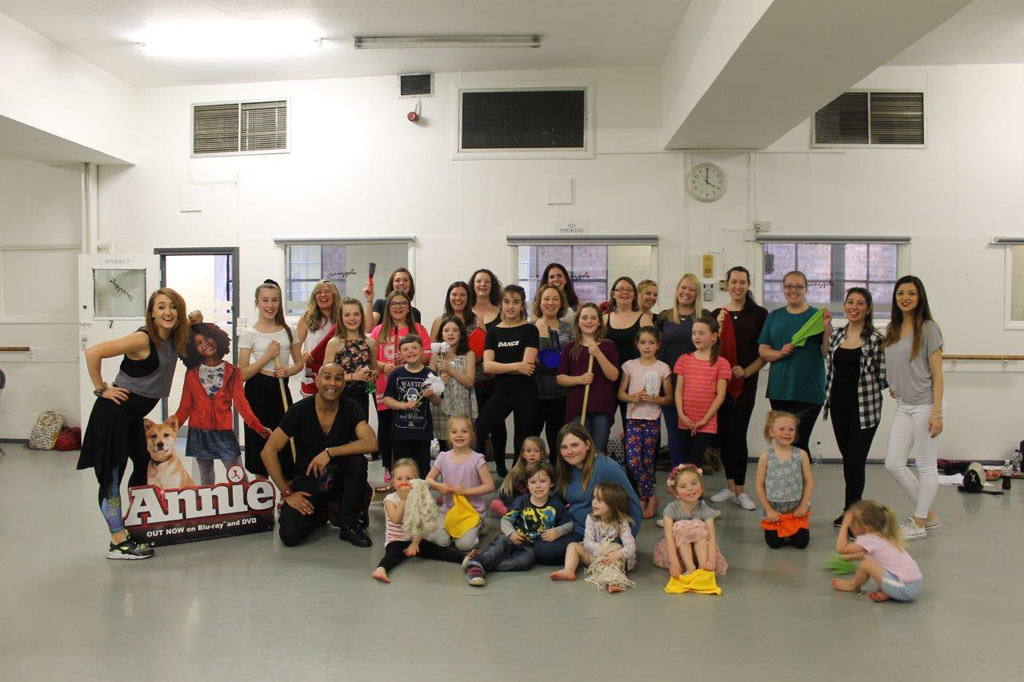 Right up until the grand finale. From the beginning of it, to the very end. 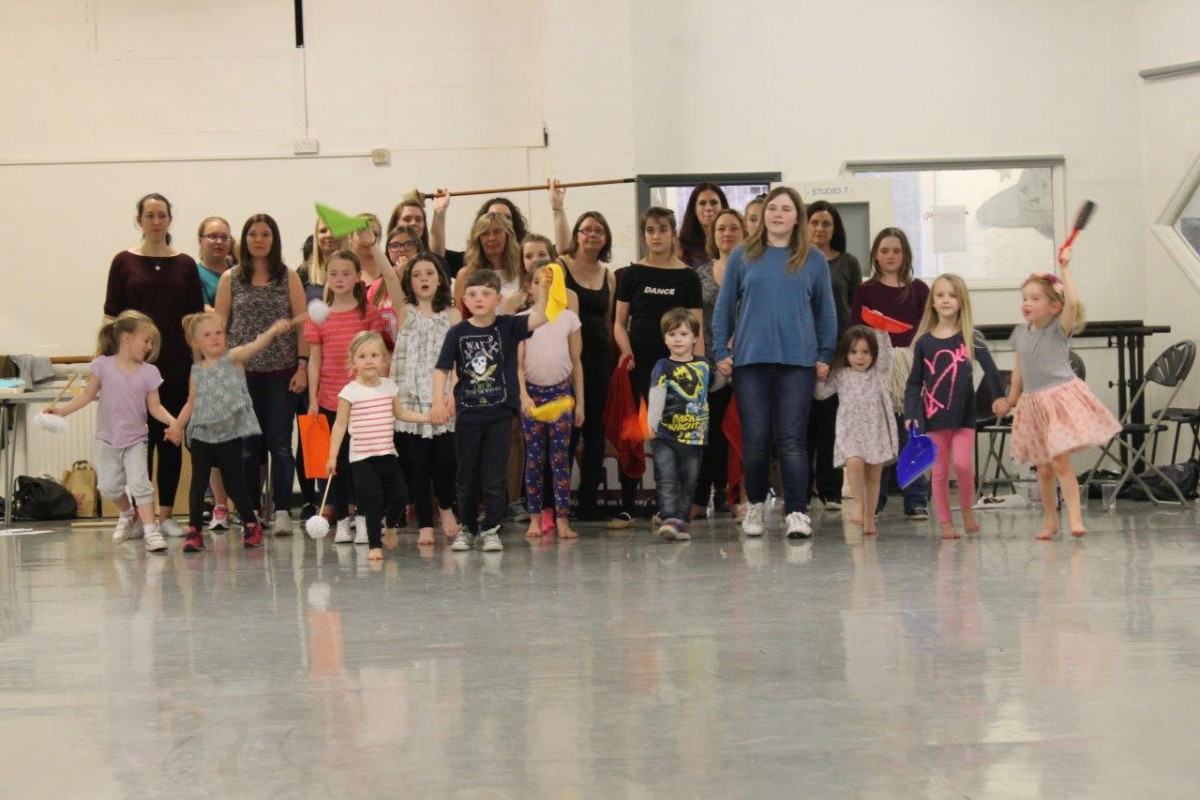 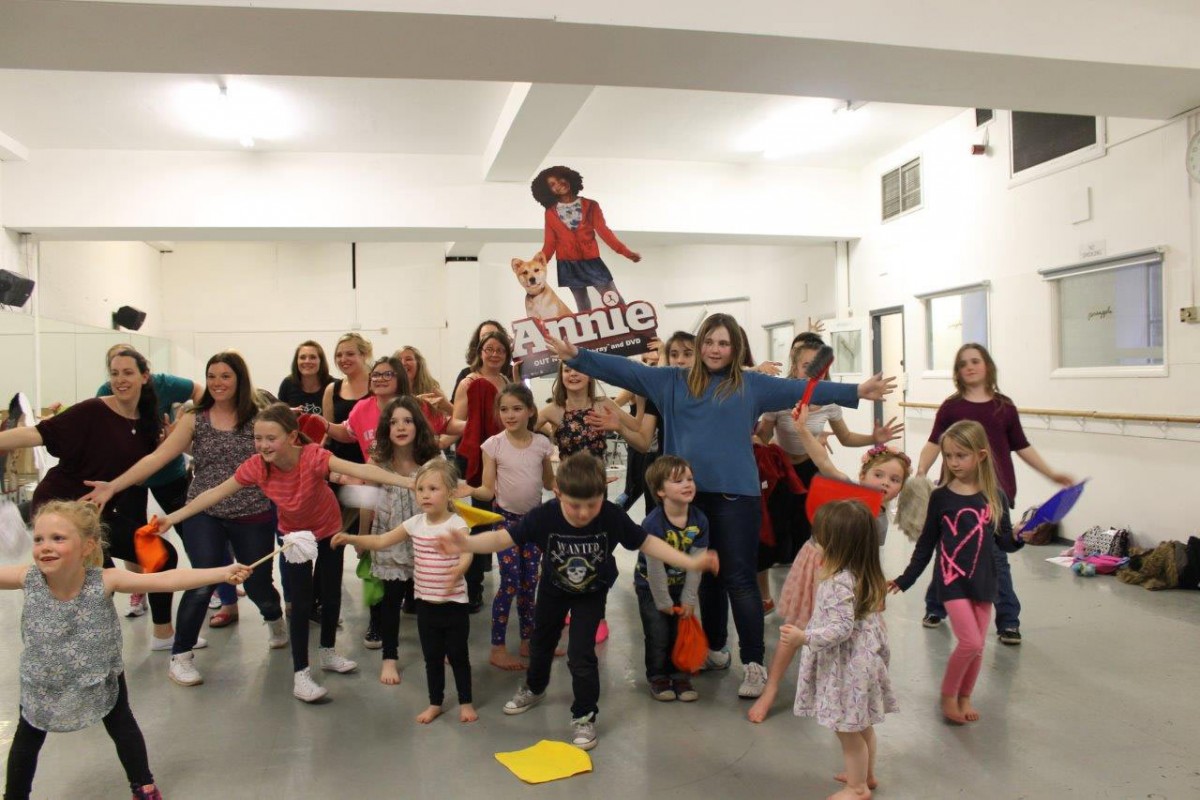 Long time readers may well spot some other familiar faces in the group – it was lovely to spend time with some of the Puddle Chicks and also to meet Helen from Casa Costello who is real life friends with a good blogging friend of mine. In fact we chatted lots, despite the noise of brooms being bashed against the floor.

And all of that, condenses down into this:

We were also sent the film for review.

Smallest fell in love with it. It’s her new favourite film. For those of us not good with change, the addition of new songs and tweaking of the storyline to remove some of our favourite scenes did cause some disharmony. I also felt that Cameron Diaz was rather underused, being neither particularly bad, or overwhelmingly redeemed – missing a trick with an actress of her comic abilities. Quvenzhané Wallis, though, as Annie is excellent. Lots of energy in her dance routines, got the steadfast hope down to a tee. (T? I’ve just realised I don’t know how that figure of speech works. There you go then.) I’m sure that we’ll be seeing lots more of her.

Do I recommend it? it’s good family entertainment. And you too will be able to do the housework to the strains of It’s the Hard Knock Life for us for ever more 😉