The Angelina Ballerina books form a series of stories about the heroine, Angelina (a mouse) and her friends and family (also, unsurprisingly, mice). Although ballet is an important interest, it’s not a feature of every story and in fact is barely mentioned in Angelina’s Birthday by Katharine Holabird (Author) and Helen Craig (Illustrator)

(affiliate link). Instead this particular story focuses on the run up to Angelina’s birthday starting with a trip to the village on bikes to get decorations. The books are quite wordy for picture books and also feature incredibly detailed illustrations.

The thing that we noticed (we being me, Smallest and Tigerboy) when we were reading, is the way that the illustrations break the frame. So for example, on the very first page, setting the scene, there’s a beautiful framed picture of the main street of the village with mice pottering about, and Alice and Angelina on bikes riding into the frame. 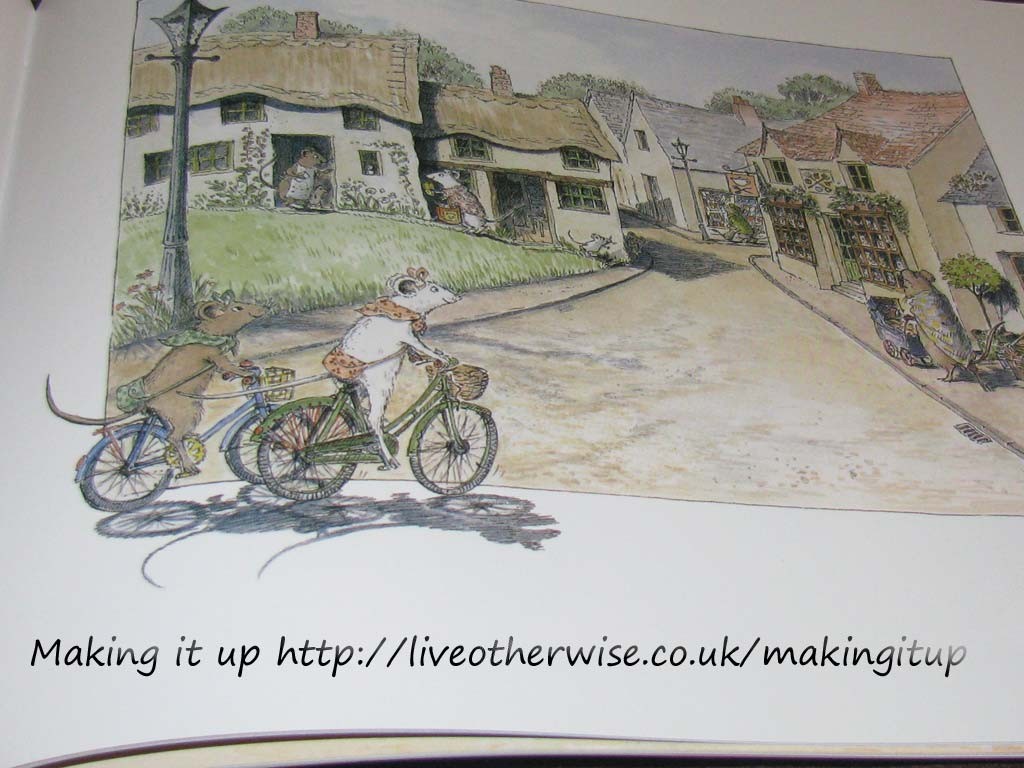 This device crops up throughout the book although there are also full, double page, illustrated spreads, resplendent in detail.

Breaking the frame somehow adds immediacy to the story, drawing the reader in to events, as in the third illustration where the “big rock” as described in the words is so large that it edges out of the picture.

The children’s favourite though is the following page, where the force of the impact with the rock fires Angelina right out of the picture she’s in, across the double page, to land in a heap in the picture opposite. 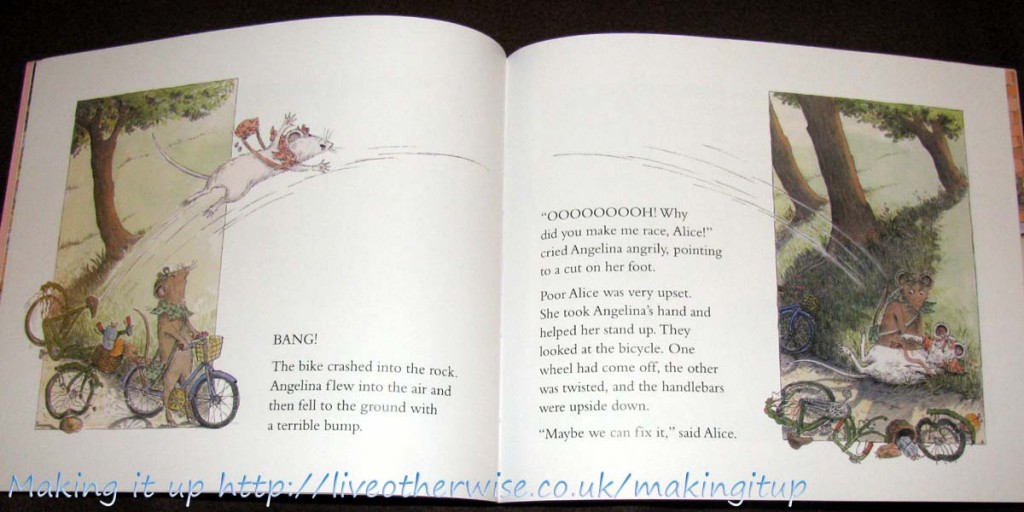 (We had to read this page several times and carefully trace the trajectory of poor Angelina’s flight!)

The different styles of pictures throughout the book interact with the words to keep the story moving along. So little images for each day of the week take us through 5 days of story right up to the several fully illustrated pages that bring the story to its climax.

Again, important elements of the narrative are highlighted with pictorial elements breaking out of the frame, Henry below the line of the rest of the drawing in his own little patch of floor, leaping excitedly.

And I particularly love the end plate, the two friends who began the story on their bikes, finishing it the same way.

Up until today, I’ve not been an Angelina fan. But that was seeing it on TV, and somehow there’s a level of detail lost in the animation, and it’s the type of picture/ word interaction I’ve detailed in this review. Hopefully what I’ve learned from this is that it’s worth taking a second look, just in case, at pretty much everything. 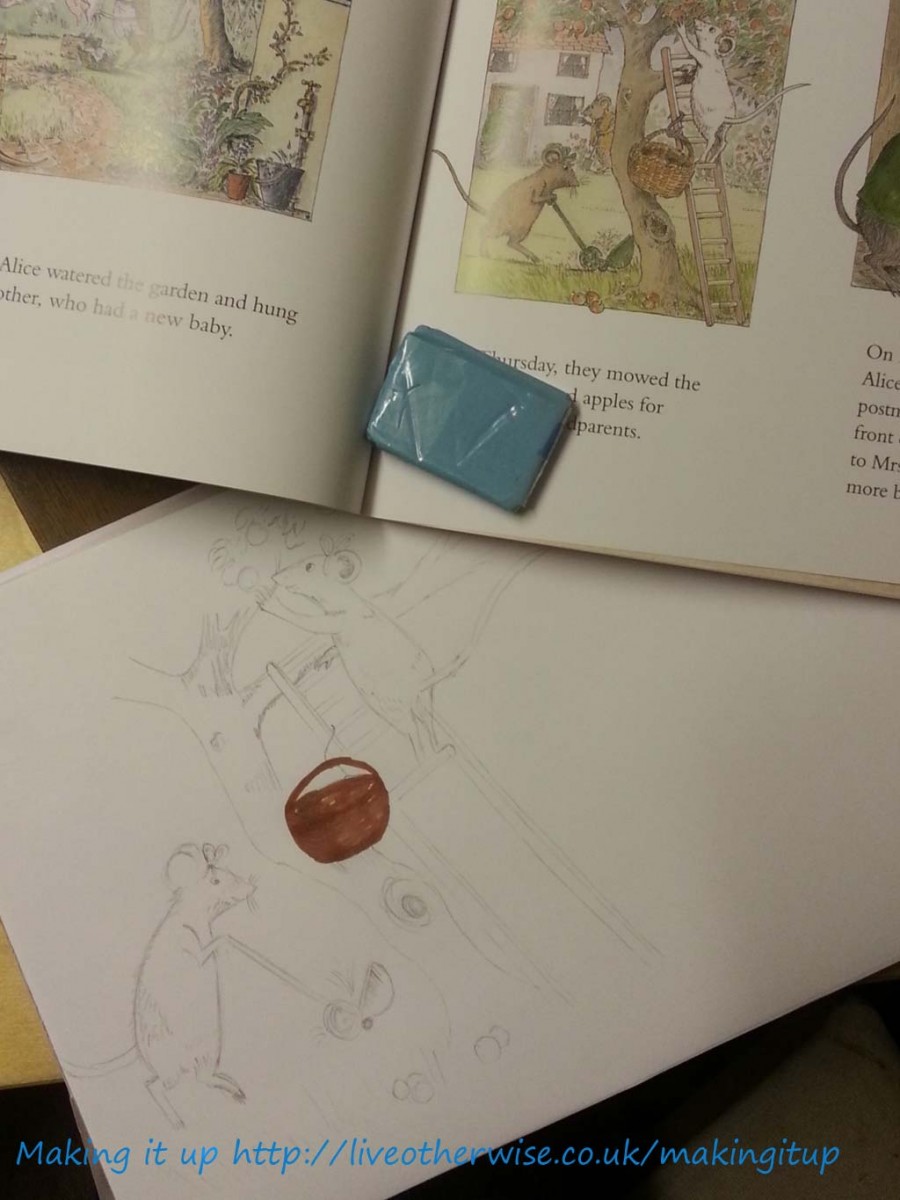