As I’m sure you’ve noticed, I’m getting more and more interested in *everything* about picture books. With that in mind, I tweeted out asking if any picture book authors or illustrators would like to be interviewed, and was thrilled when Elli volunteered.

So without further ado – our chat. 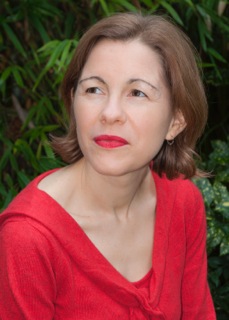 How did you get into illustrated books?

The same way as everyone else – by reading! Reading, and reading widely, is the one single qualification that all authors need. I was extremely fortunate in that I grew up with a house full of books, was regularly taken to the library and could read from an early age. But I know other authors who haven’t been so lucky, but who have made up for the deficit later. What’s important is that you read the books that are out there, and think about how they work (and indeed, how they don’t work).

More specifically, my route to writing picture books came through writing silly poems. I’d written a few at school – generally funny poems for my friends, penned while I was sitting at the back of my English A Level class pretending to be working (luckily it never seemed to do my grades any harm). And then I went to university, where I put the silly rhymes aside, and wrote poems about emotional turmoil and deep existential angst. Like no other student has ever done…And then when my first two children were little I wrote a long funny poem about a spoiled prince, but what really got me writing again was attending an event by Michael Rosen. Rosen is an absolutely amazing performer, and most of the children were sitting there in rapt attention, apart from my youngest son, who was around 18 months old at the time. Not wanting to sit on my knee for an hour, he wandered off, toddled up to the front where Rosen was speaking, and promptly trod on Rosen’s glasses, which he had put down on the floor. The glasses were well and truly broken. Mortified, I apologised profusely to Rosen, and then, inspired by the event, wrote a few poems and sent them to him by way of apology. And for the next year or so I only wrote poems, but it’s extremely difficult to get published as a children’s poet unless you’ve already made a name for yourself, so I thought why not picture books in verse? When I first started I was told my numerous authors to write in prose – publishers tend to like books that are easily translatable, as then they can get revenue from selling foreign rights, and books in verse don’t translate so easily. But I ignored everyone and kept going. I was really lucky to have been given some pointers in picture book basics by a couple of lovely authors I contacted through Twitter – I won’t give names, in case they get inundated with requests from aspiring authors, but they know who they are.

How did you get your breakthrough book? Was it a long process?

Again, I was very, very lucky. Some authors, including some of the very best ones, struggle for years to get anything published. But after trying to write picture books for just under a year, I sent one off to a publisher, who expressed interest. I then wrote to a few agents, mentioning that I had interest from a publisher, and got a few offers of representation. In the end I went with the brilliant Eve White, who is the most wonderful agent ever. Over the next few months I wrote more picture book texts, and after I had been with my agent for only six months I had offers to publish eight books. Two of these have now come out (‘Woozy the Wizard: A Spell To Get Well’ and ‘Woozy the Wizard: A Broom To Go Zoom’, both published by Faber) and the next one is due out in May (‘The Giant of Jum’ published by Macmillan), with more to follow over the coming years. Not that I’d want to give the impression of it all being plain sailing. I’ve had more offers since, but equally, I’ve had both my agent and my editors turn down other books. Being an author really is a rollercoaster ride!

Do you propose a fully-described book with illustrations to a publisher?

Oh no, no, no! That’s generally a complete turn-off for publishers. Occasionally an author and illustrator will pitch a book together, but that’s normally only when they’re well established. Otherwise the choice of illustrator is entirely up to the publisher, and they’re generally not keen on the author providing too many illustration notes, as illustrators like to use their imaginations rather than be straight-jacketed by an author’s directives. The only time illustration notes are needed are when the illustrations are saying something different from the words on the page, or where, for example, the author has an idea for a visual joke. But if an author writes something like ‘This character should have red hair in pony tails with blue ribbons on them’, most editors and illustrators would run a mile (unless the character’s appearance was an essential part of the story). I’ve worked with two great illustrators so far – the cartoonist Al Murphy on the ‘Woozy’ books, and the genius Benji Davies on ‘The Giant of Jum’, the illustrations for which are just stunning. Benji will be illustrating a few of my books, but I’ve got to keep the details under my hat for the moment!

Thank you so much to Elli for taking the time to get involved with this – which I’m hoping is going to be a series of interviews. (If you’re interested in being involved, please drop me a line through my contact form, or catch me on twitter.)

You can find Elli’s books at all good booksellers, including of course Amazon

(affiliate links), and do feel free to catch up with her on twitter, where she’s @elli_fant or visit her website.