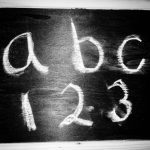 This weekend, Education secretary, Nicky Morgan announced a ‘war on illiteracy and innumeracy’

According to the BBC, this means that

All children in England will be expected to know up to their 12 times table when they leave primary school, the government has announced.

The Times carries a bit more detail just before the paywall (£)

EVERY 11-year-old in England will have to pass a test on the 12 times table and write a coherent short story under plans to prevent any children from leaving primary school without being able to read and count properly.

Schools with less than 100% pass rate 2 years running will face all sorts of interventions, right up to being academised. Existing academies could be forced to accept new sponsors.

And here I think we get to the purpose of this policy.

This isn’t about education, achievement, or children. This certainly isn’t about working with teachers. This is about wresting control of schools from local government, and privatising education provision by the back door. The government would have you believe that academies are the only route to better performing schools, and they trumpet the fact on their website.

Across all state-funded schools, the proportion of pupils who achieved at least 5 good GCSEs (including in English and maths) rose by 0.6 percentage points. In sponsored academies, the increase was 3.1 percentage points.

This claim makes me nervous though. It’s not comparing like with like. Academies are mainly converted from low achieving schools, and therefore have much more room for improvement. I’m not the only one to have noticed that – a similar claim regarding primaries has been analysed by the local schools network and reported in TES.

But its comparison is between the relatively small number of sponsored academies – which by definition are starting from a low base – and more than 13,000 maintained primaries, including thousands with good test results.

Because it is much harder to achieve large increases in test results in a school where scores are already high, the comparison is likely to be heavily skewed in favour of the sponsored academies.

So, we’ve got strict tests on basic skills in numeracy and literacy, with schools mandated to achieve 100% passrate, or they face being turned into academies.

Gee, how could parents, teachers, and children possibly complain about that?

What about the children with special needs? Those with dyslexia, who might find writing a coherent story or reading a novel (what standard of novel? What classes as a novel in government speak anyway?) difficult? Or those with short term memory problems, who may find committing tables to memory via rote methods next to impossible? I’m not sure what learning your tables by rote is supposed to achieve anyway, I certainly never achieved it, and I’m pretty good at basic maths. (And advanced maths for that matter, I have a Certificate in Maths, degree level study from the OU.) I’m also excellent at logic, and I’m intrigued as to how the recall on this is going to be tested – I’m faster at mental arithmetic and can produce the answer to times tables questions faster than many people who do claim to know them by rote.

What is learning your tables supposed to achieve? Surely understanding and manipulating numbers is a far more useful skill?

I really don’t understand why the government is attacking schools in this manner. Putting teachers into a state of constant stress that they won’t have a job dependent on someone else’s results is hardly humane. And I speak as a home educator, someone whose children are outside of this system. And do you know what, with this kind of behaviour towards the education system, I’ve a feeling there will be plenty more people joining me.