Today we went to an exclusive screening of the new Pokemon movie, Diancie and the cocoon of destruction. This is linked with the release of two new games, Alpha Sapphire and Omega Ruby, available on the 3DS and 2DS handheld gaming systems from Nintendo. The games were available to demo, which made for two very happy children despite the very early, foggy start. 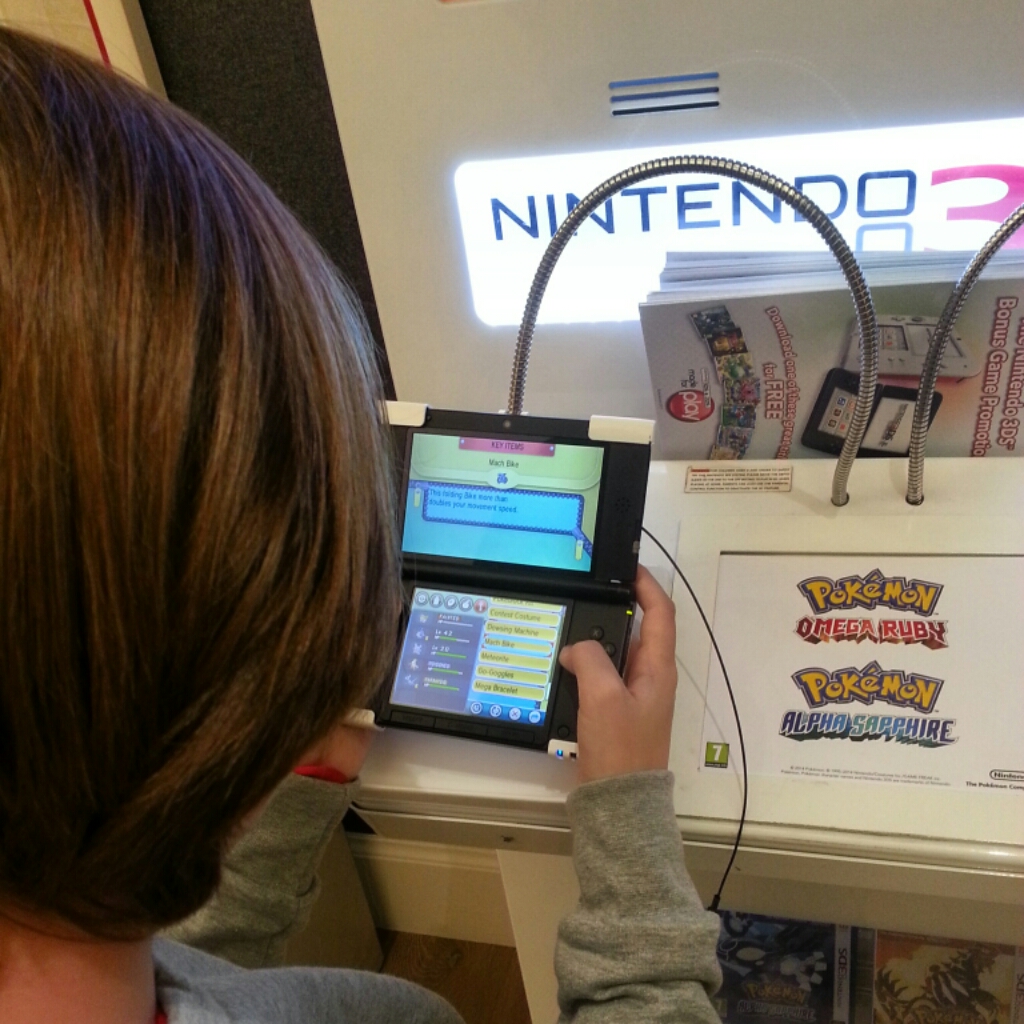 I should point out at this stage that I am not a Pokemon expert. But I am parent to one in training, he’s even working on his own website. Errors are down to me – he’s trying really hard to teach me correctly 😉

So, Pokemon games come in pairs. Black and white, X and Y, gold and pearl? This is designed to enhance trading – Pokemon games are very social. This new generation is built around the Aeon? ticket which can pass from game to game through the streetpass system. (I’m probably getting this all wrong. I should have taken notes from the very helpful demonstrator today!) Alpha Sapphire and Omega Ruby are apparently a throwback (reboot?) of an earlier generation of games that came about following a conversation on Twitter between two of the designers Masuda-San and Omari-san and some fans. The two designers were there today, Small was massively awestruck.

I don’t quite understand how the film fits into all of this. It’s a full feature, with our heroes Ash and Pikachu, along with regular cast members and baddies such as Team Rocket. The story revolves around Diancie, a fairy type, who needs to find the power within itself to create a heart diamond. There are lots of bad guys interested in a Pokemon who can create diamonds and they inadvertently wake up the cocoon of destruction, who really isn’t happy about being disturbed.

There’s some mild peril (the 5 year old nearly ended up in my lap) and Pikachu is central to it (no spoilers, but no – not Pikachu!) but it’s generally heartwarming character building stuff, though I was kind of confused by the shopping interlude in the middle.

I know one 5 year old who has her heart set on it, but I’m still trying to work out how I feel about her having a dedicated gaming system. I’d appreciate thoughts from either side of the argument!

I know Small also has his eye on the art academy, and that’s one of the games available on free download if you register a new consumer and specified game (either Pokemon or Super Smash Bros within a certain timeframe). In our goody bags there were also some paired figure sets, so I discovered a Pokemon battle going on in the kitchen table shortly after we got home! 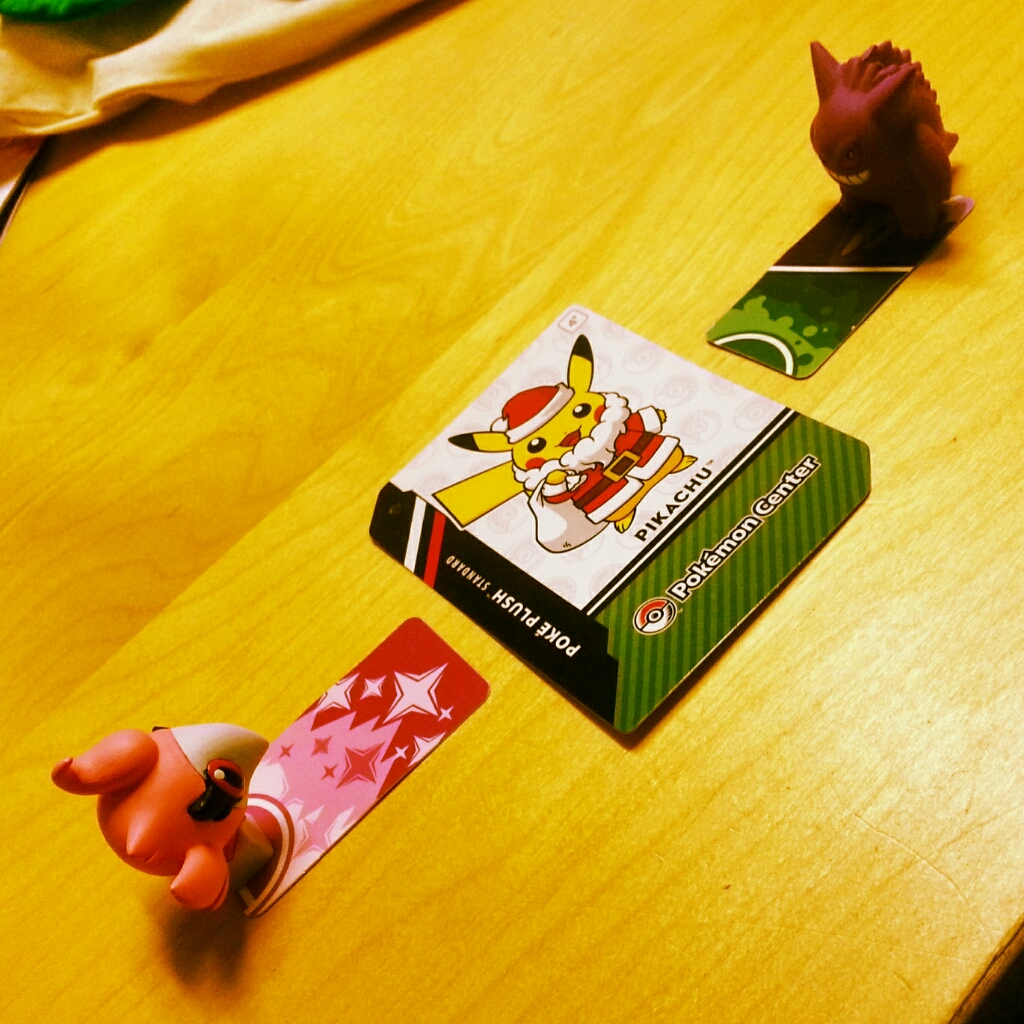 Another Tomy figure we were given was Gengar: Tigerboy explains him here

There’s lots going on in the Pokemon universe, and it does seem to be mainly positive. There are strong moral messages in the film and the games, which are structured to enhance sharing and interaction. I have to say that I’ve frequently witnessed group gaming on DS consoles, as well as real life play based around the game structures, which makes me quite positively inclined towards them as a concept.

Still not sure about spending over £100 on a gaming device for a 5 year old though.