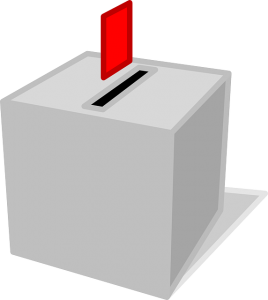 Yesterday there was a by election in Clacton, and UKIP won its first MP, Douglas Carswell who had previously held the seat for the Conservatives, and who triggered the by election by standing down when he defected to UKIP.

No, it’s not the fact that UKIP has an MP that gives me hope. That makes me want to run screaming into the hills to be honest, but let’s move on, and take a look at the numbers.

What happened in Clacton is that Douglas Carswell won his seat again. He won it with a different label. Slightly fewer people voted for him this time around than did at the General Election – turnout was lower (It was just over 50%. Nearly half of the electorate can’t be bothered to turn out to vote, doesn’t that worry anyone?)

Some of the people who previously voted for him continued to vote Conservative. Which implies that he took votes from the labour party as well. Voters voted for a person, someone they knew, someone who has worked hard to be present in their consituency, to listen to their worries and fears, someone who sounds like he might have some answers.

I don’t like the answers that UKIP is flashing all over the media. To me they sound like more of the same and a little bit worse. There’s no recognition that austerity is a political choice that *doesn’t* have to be taken, that there are other, fairer ways of arranging things. It’s dog whistle, knee jerk political grandstanding that lets the political party go on getting richer, while the country goes on getting weaker, sold by talking up divisions and differences that don’t have to exist.

I’ve made no secret of my interest in the Green Party, a completely different approach to the problems we currently face. The policy that swings it for me is the basic income, (the Greens call it a citizen’s income) a policy that recognises every individual as a being with worth, rather than purely as a cog in the wheel, only useful for producing and consuming. We are on the brink of a future where there just won’t be the kind of work there is now, and we need to deal with that. We could start by divvying up the available work more fairly, and evening out the pay grades – at the moment we could do with a fair trade movement in this country, if you look at how companies are dividing up the money they pay out. But when it comes down to it, wages only reward a certain type of work, they don’t cover caring, for example, and without the people doing that unpaid work, society would fall apart.

If mums really went on strike, what would happen? It would be chaos. (And yes, in this instance I’m saying mums. It is overwhelmingly women who do the work of childcare, who take a second seat at work, who drop their career expectations to be there for their children.) But society needs carers. It needs strong family units, children raised in good environments. And I’m sorry, but I don’t view childcare from age 2 as a good environment. Children are designed to learn from slightly older peers and adults and that’s not what current nurseries provide.

There are so many other areas of politics that I know we need to address. But the structural inequality perpetuated by the myth of the free market that benefits only the people at the top is the one that I think would make all the difference. And if people are willing to start looking past the conservative and labour boxes that they’ve ticked all their lives, I think we’ve a real opportunity here. What we’ve got to do is take it, by putting across different points of view, sharing different ways forward and above all else, not falling for the rhetoric.

What do you think? Could Clacton actually be a step forward?