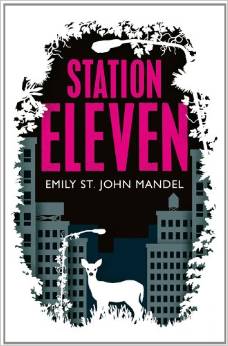 An explosion of Georgia Flu sweeps across the globe, with a mortality rate of 99%. What happens next?

I’ve read a lot of post apocalyptic dystopian fiction. It might even be my favourite subset of my favourite genre in fact. Most of it is action packed, has an urgency to it as everyone runs everywhere, lives bigger and fights furiously to save the world as we know it. The disaster movie equivalent in books.

Station Eleven, by Emily St John Mandel, isn’t like that.

The threads of lives from before, during and after are woven together through the different times, narrating individual stories skilfully, gradually interweaving them through the years. Starting with the flue, and then skipping backwards and forwards from before to immediately after when survival is the imperative. And eventually drawing us through to Year 20.

This is a book that takes its time exploring the details of backstory that are so often glossed over. Against a backdrop of a massively damaged society we are invited into a variety of lives, and each one is fascinating as is the way that they all knit together.

One group of people are stranded at an airport. Clark starts a museum of civilisation, gathering together whatever items people care to donate, that they want to save, to remember, to have cherished. Goldsboro books has been asking people what they would want to save in such a collection, and there have been lots of fascinating suggestions of phones, laptops, games and so on.

I think I’m going to think smaller and I’d send in a pen. Not just any pen, a fine rollerball perhaps, like the one I used to draft this review. (I know. A review written on paper. How very retro.) As (if?) civilisation re-evolved, paper making, printing presses and so on would probably be pretty high up the list of luxuries after the necessities were all filled in, but I can’t think that plastic disposables would be. There wouldn’t be enough people to waste effort on them, or people to need them. Charcoal, chalk, pencils perhaps, and then fountain pens maybe? But disposables, no. (Having said that, there are probably enough stockpiled in factories and shops around the globe to last a reduced popularion a very long time if they could only be found and distributed.) 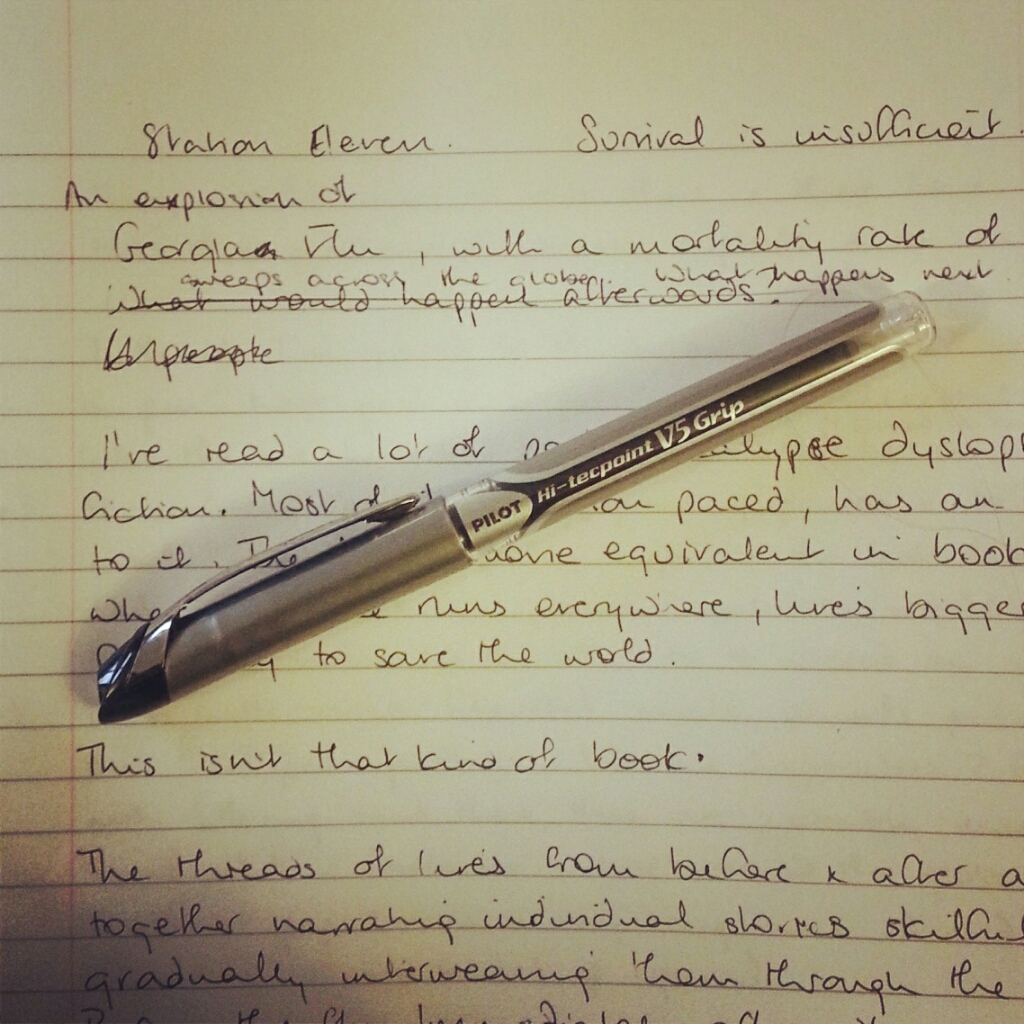 Station Eleven is one of those rate books, that after I finished reading, I kept picking up and dipping back into. By the time I got to the end I knew things that illuminated earlier moments so that I wanted to reread with the extra perspective. It’s a book I can see myself returning to time after time. Although I am jealous of those people who get to read it for the first time.

And I so want to read the comic books. I love that my special hardback came with a page.

What would you save in the museum?

Edited. I won a twitter competition with Goldsboro books, who sent me the contents of their Museum of Civilisation. Isn’t it great? 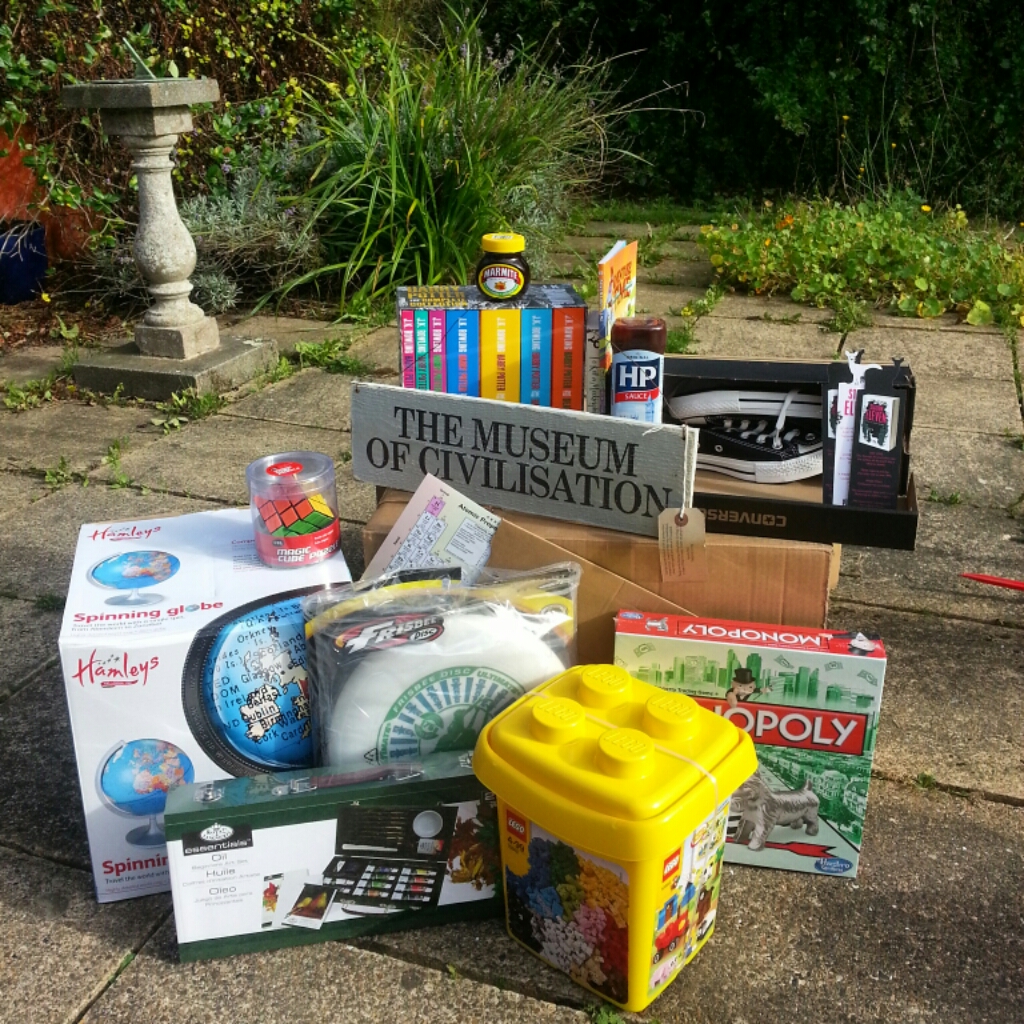