I’ve processed 4 loads of laundry today. Clothing, bedding, towels, linens. I had so much I even laid some of it to dry on the grass. 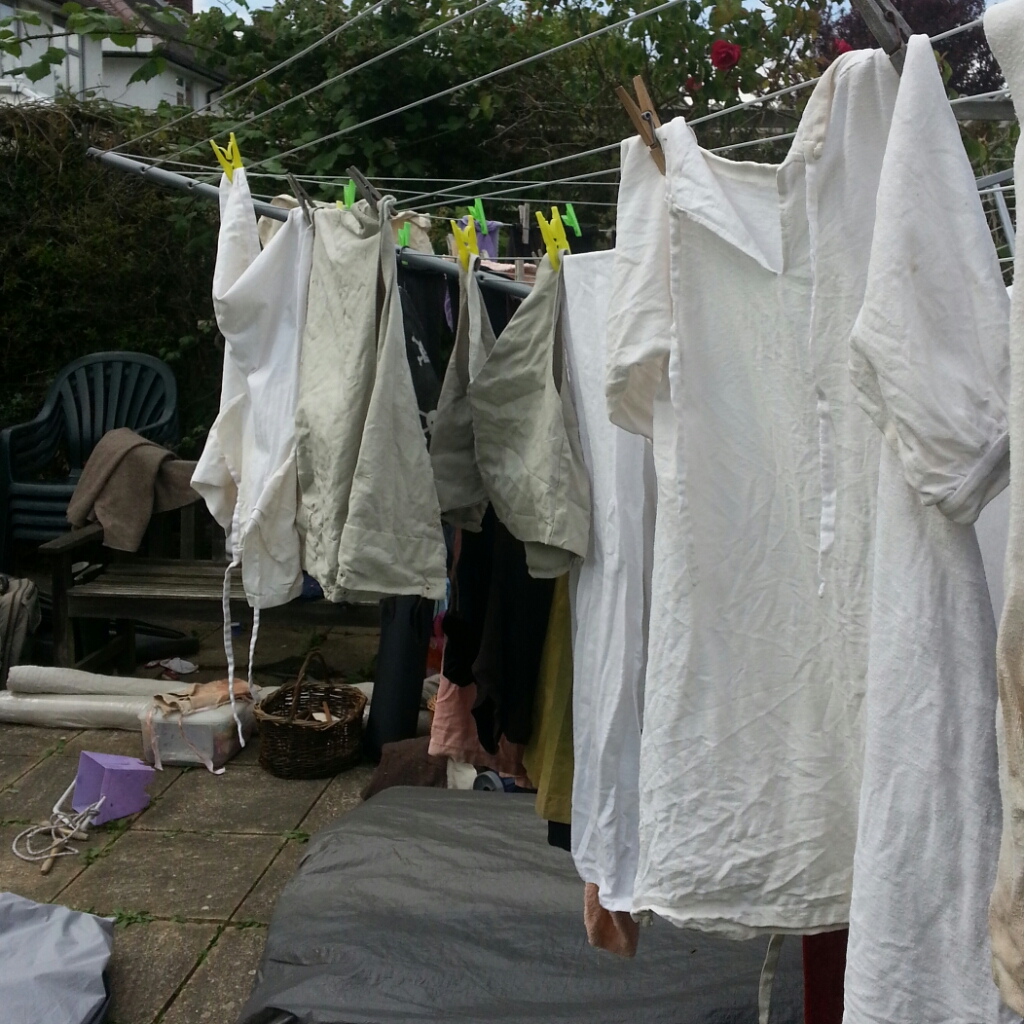 Gradually the linens are ones I’ve made. The first ones are tragic. I didn’t know about folding twice to prevent fraying. There are holes in nearly all the seams, but I’m gradually mending them to a state of acceptability.

Since then I’ve graduated to linen bodices, waist coats, pourpoints and hose, along with biggins and aprons that I cut and sew actually in event. My triumph this year was the hose that I cut and started at home on my day off 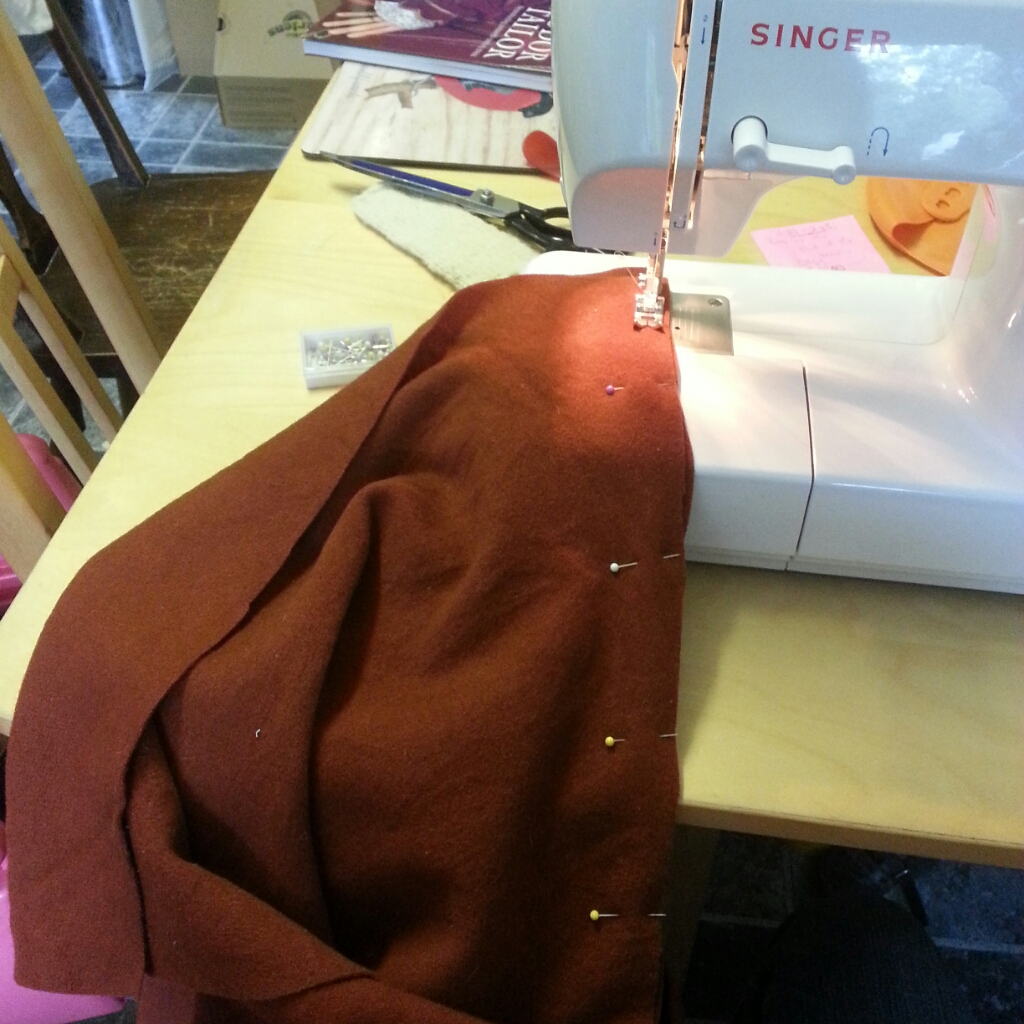 The fabric is gorgeous, so stretchy. And the cod piece is rather more subtle than the one it replaces 😉

They could still do with some extra points (right the way down behind the flap apparently) but they were passed and worn although slightly unbelievably I didn’t get a picture of them in action. I will rectify this at some point.

I have discovered, doing all of this, that there is a peculiar satisfaction in clothing your family in clothes you’ve made for them yourself. There’s something special about turning out something usable with your hands. The rough little biggin (Tigerboy coif equivalent) that I cut Wythenshawe my snips and sewed at the table lifts my heart every time I see him wearing it.

It seems kentwell changes you in more ways than you could ever expect. I used to hate sewing.