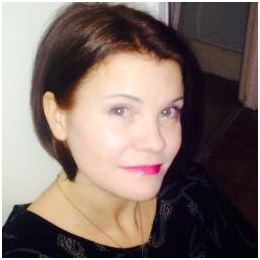 When I read Jax’s beautiful post on Dreams and Regrets I was nodding harder than a bobble head dog.

Like many writers, I’ve had my share of rejections. Although, as I’m relatively new in the game, mine are all in digital form. But ever now and then I look back on those emails and remember the sting. The crushed hope. The sense that something just slipped through my fingers.

So much of my writing journey – and everyone’s journey – is about the If Onlys. The Sliding Doors moments where life takes one turn rather than another. The agent that loved my first book but left to become an editor. The editor who took my next book to acquisition, only to have it turned down…

And GLAZE was so very nearly an If Only.

It went out to a few publishers who rejected it, very kindly, saying they had something similar to it in the pipeline, or that the market for YA SF was dead.

And so, GLAZE was very nearly destined to a lonely life in my bottom drawer. And I’ll be honest – this set back nearly broke me. I believed in GLAZE so hard, the idea that I wouldn’t be able to share it with readers was heart breaking. I came so very close to giving up on it and the writing dream all together.

And then, something happened. I realised I had a choice. I could let GLAZE become another regret, or I could take control of the dream myself.

Which is why I decided to self publish the book. And as soon as I made that choice, everything fell into place. A small publisher stepped in to publish glorious hardback editions of the book. An amazing editor stepped up to edit it. And the support for my decision became as overwhelming as people’s excitement about the book.

It’s been an incredible journey. And one that so very nearly didn’t happen.

The whole thing reminds me of one of my favourite Twain quotes:

Twenty years from now you will be more disappointed by the things that you didn’t do than by the ones you did do. So throw off the bowlines. Sail away from the safe harbor. Catch the trade winds in your sails. Explore. Dream. Discover.

Regrets are in some ways choices. They can crush our dreams. Or they can push us on to dream bigger. Bolder. Braver.

And that’s what I’m going to keep on doing.

I have to say, I’m very glad that GLAZE isn’t languishing at the bottom of one of Kim’s drawers. It’s a strong book, about social networks, technology, peer pressure, politics and growing up – so really covering the bases.

Petri Quinn is counting down the days till she turns 16 and can get on GLAZE – the ultimate social network that is bringing the whole world together into one global family. But when a peaceful government protest turns into a full-blown riot with Petri shouldering the blame, she’s handed a ban. Her life is over before it’s even started.

Desperate to be a part of the hooked-up society, Petri finds an underground hacker group and gets a black market chip fitted. But this chip has a problem: it has no filter and no off switch. Petri can see everything happening on GLAZE, all the time.

Including things she was never meant to see.

As her life is plunged into danger, Petri is faced with a choice. Join GLAZE… or destroy it.

With shades of Doctorow’s Little brother in the storyline, this is a book that is thought provoking on the nature of community, social networks and technology. Would interconnectedness help us become a closer, happer society or world? Or would it open us up to (more) manipulation from above?

Although there are violent scenes, this is by no means as dark as other YA dystopians I’ve encountered recently. It’s also not quite so tick the boxes – no plot points feel wedged in, unlike other titles I’ve encountered (usually to do with having romantic interludes that seem quite out of place in a violent setting). This is a book that deserves to be read, and talked about, and with a bit of luck, that will happen, given the excellent blog tour you’re currently experiencing.

Do make sure you check out other stops on the tour – you can find them all at Day Dreamer’s thoughts. Enjoy the giveaway too, there’s some great prizes on offer. And find out more about Kim on