Yesterday was a very long day. I got up at 4.10 to work out what the alarm noise was, but it shut off before I could find it. (Don’t you love that?) Then I lay in bed afraid that I would sleep through the alarm, so just dozed until 6. Great start!

So then, getting up and getting three children out of the house by 6.40. I did it. And we set off on a journey to Camden.

It took a long time. A tube strike meant we changed at Stratford and took the (packed) overground. And then my ineptness and lack of any sense of direction meant we set off the wrong way down the canal tow path. But eventually we made it.

It was worth the journey. There were these people. 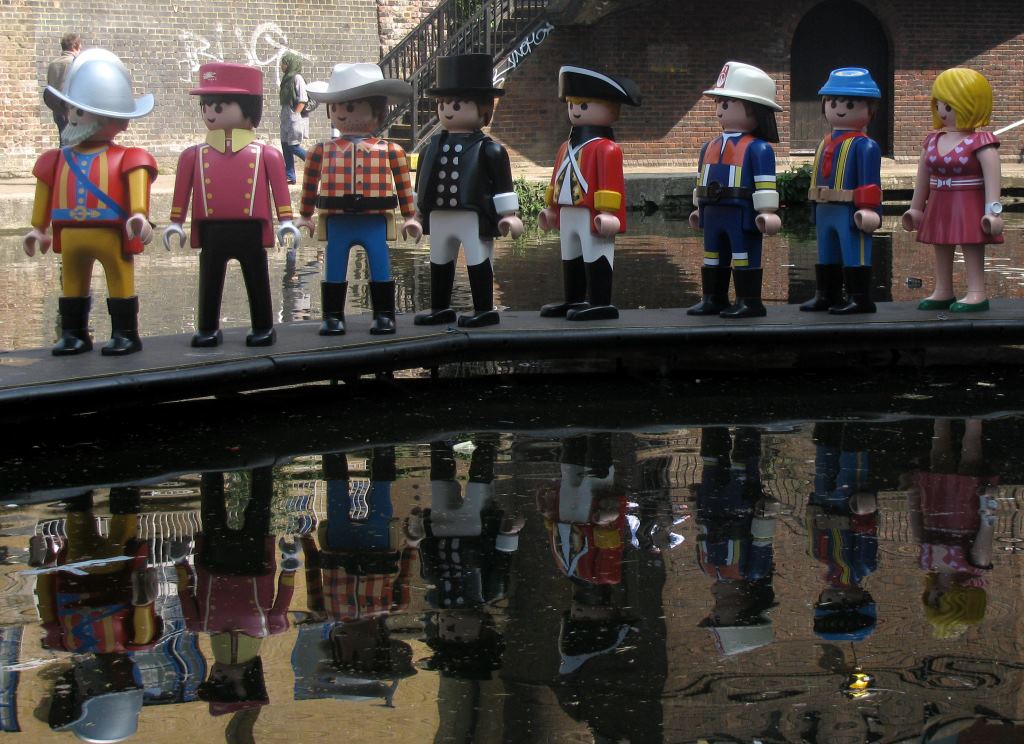 And you could actually go up to them and cuddle them. 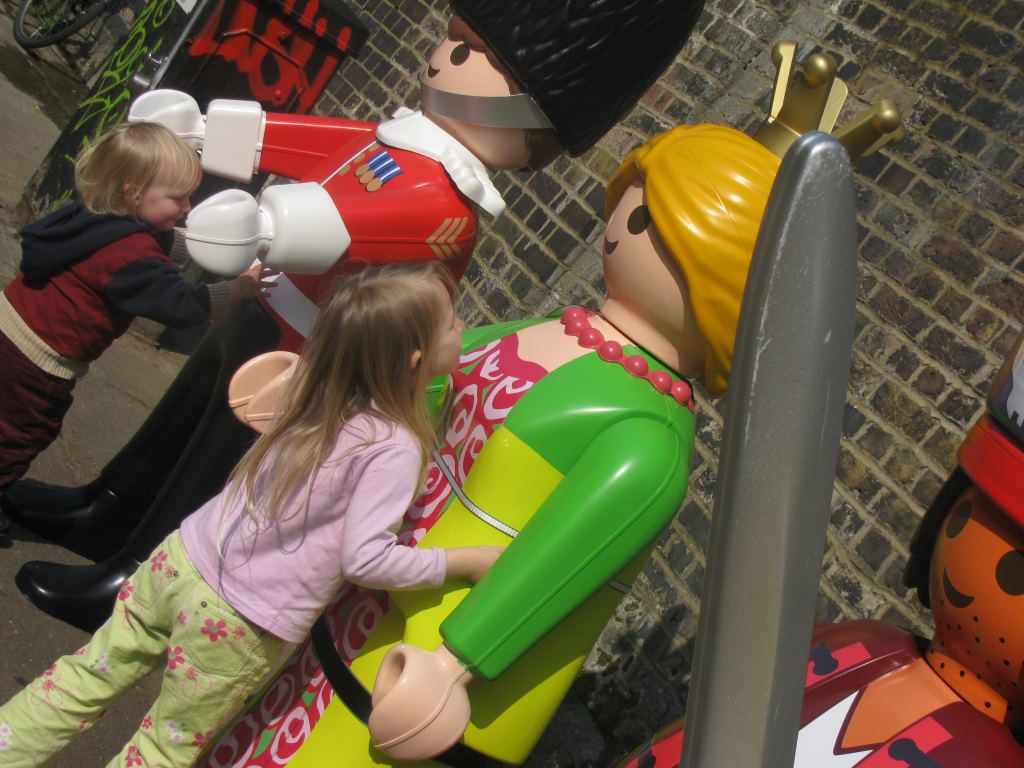 And play with their swords. 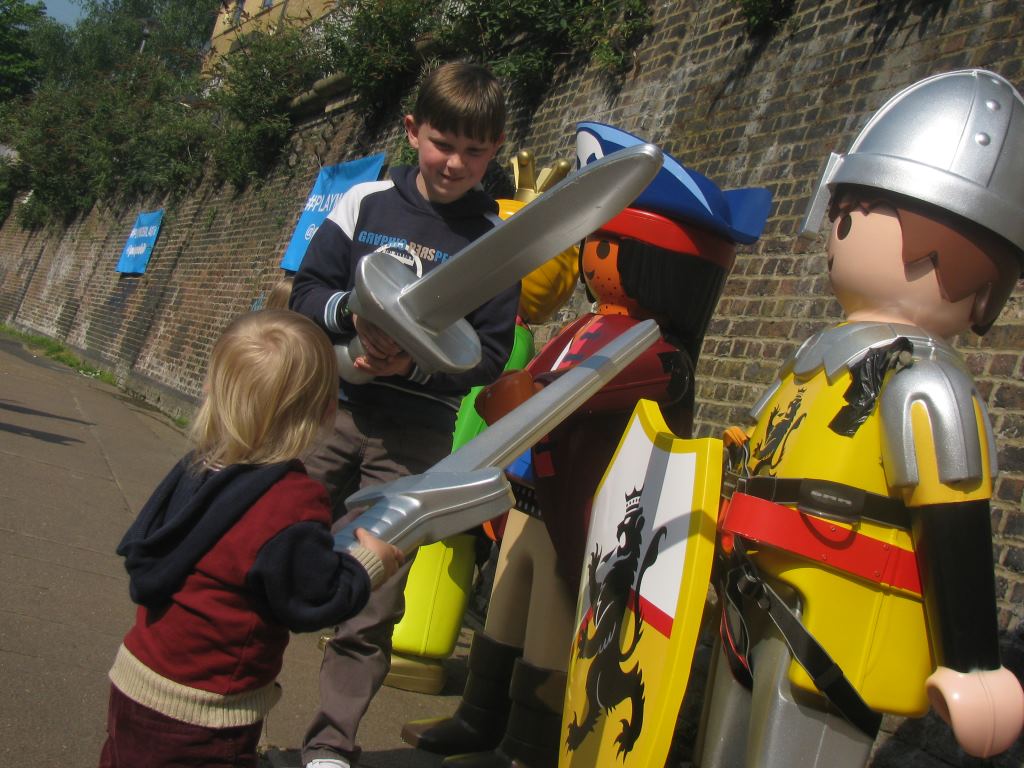 Even if their swords are bigger than you are. 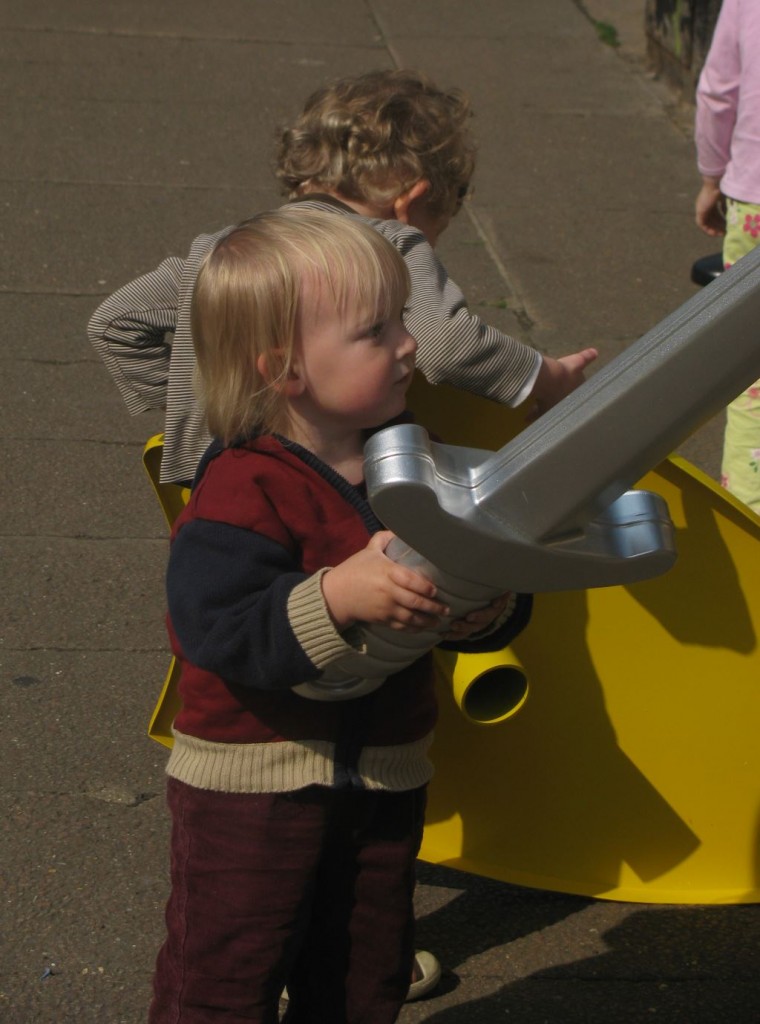 I think it’s plain to see which one was Smallest’s favourite though. 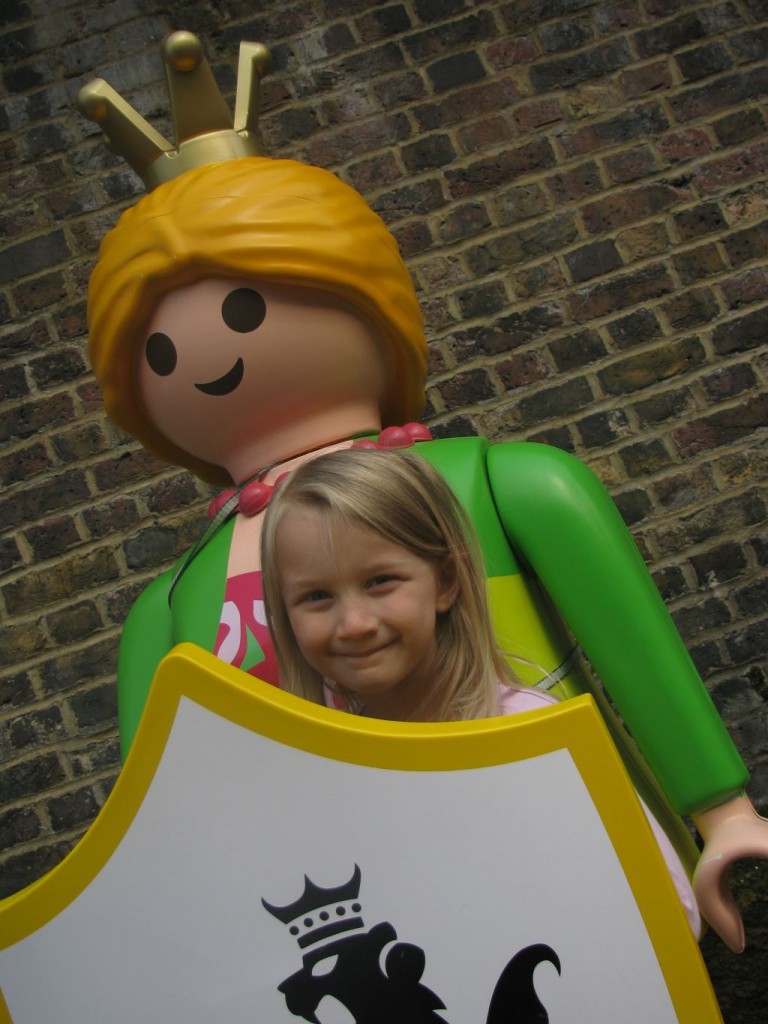 And I loved Small having conversations with a cowboy. 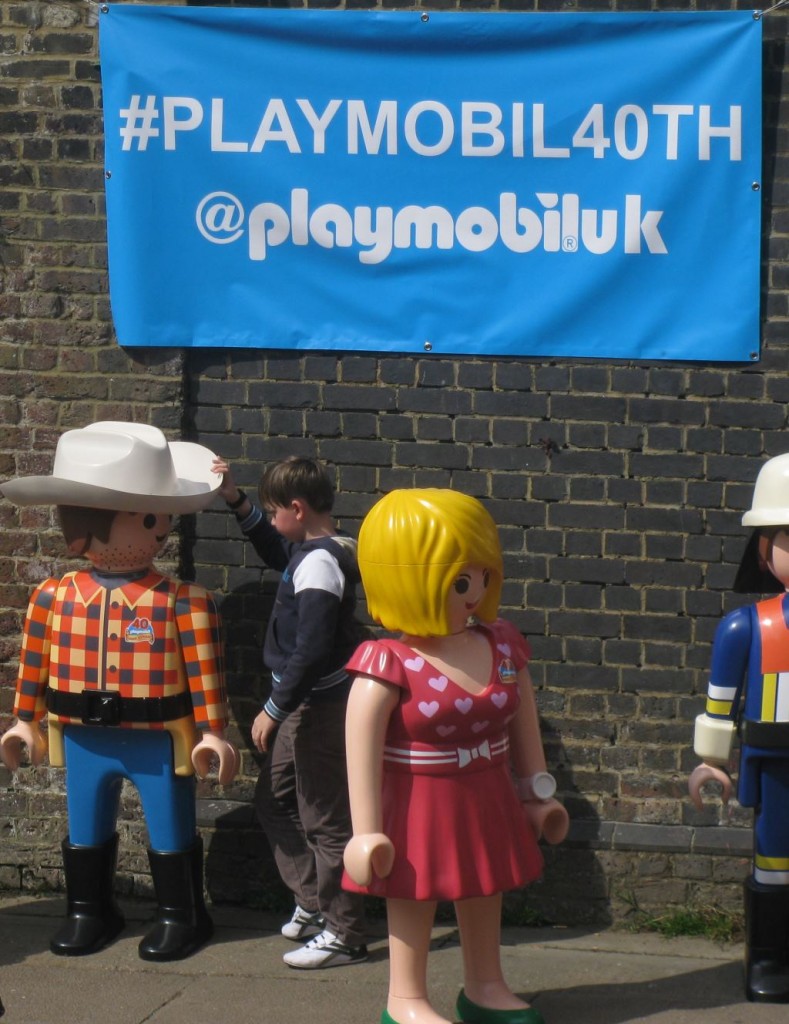 The kids were featured in all sorts of media. This press association video cropped up all over the place.

There were articles and pictures on all sorts of sites and in at least two newspapers.

And of course, they’re at the top of the Playmobil UK facebook page 🙂

Those fabulous figures were getting up to mischief throughout the day too. Isn’t this just brilliant? (I suggest you bring your children over to watch.)

It was a wonderful event to be involved with. Although the children were a little sad we didn’t get to bring a figure (or even a sword) home with us. If there are any needing homes at the end of the celebrations, they’d be very welcome here!

(I did get interviewed about our role as Playmobil playologists. I don’t think any media outlet has found me anywhere near as interesting as they’ve found my children!)