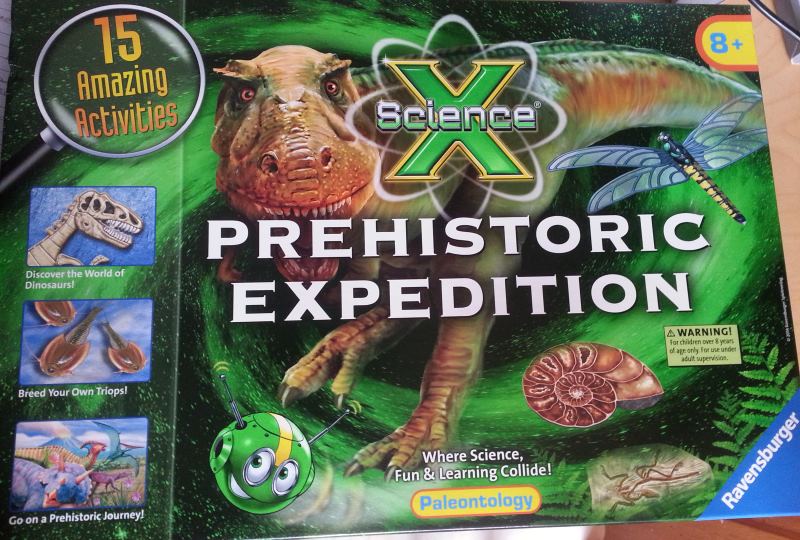 When we were offered the Ravensburger Prehistoric Expedition Science Kit for review, I glanced at the covering release, thought Small would enjoy it a bit, and expected something with a fossil kit in maybe an A4 sized box.

Then it arrived. And it’s huge. And it has loads of activities in it – we’ve had several days worth out so far, and we’re nowhere near done. And that’s without doing anything related to triops, which Small remembers doing once, years ago, and not liking, so apparently we’re not doing that again. (I’ll have to try to find someone to give that part of the kit too, because it is really rather splendid.) 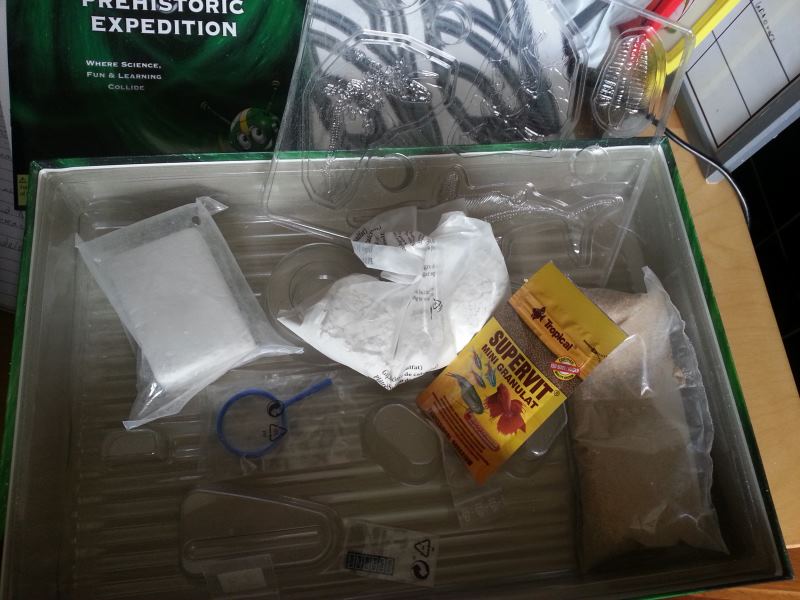 So instead, we’ve done making plaster of paris to do an archaeoptyrix cast, built a dinosaur skeleton, and we’re halfway through making a meganeura? (No, I’ve no idea either.)

We’ve examined the ammonite with the supplied magnifying glass, and there’s still plenty of plaster of paris to do the rest of the moulds, and Small and I have a *plan* for the fossil block. (Coming to a youtube channel near you, one day soon. Ish.) Tip with regard to the plaster of paris. Go steady on the water, make sure you really stir it thoroughly. We ended up with thick bits that weren’t quite stirred in, and it took much, much longer than the advised 24 hours to dry thoroughly. Granted this was while it was raining outside like it had forgotten how to do anything different, so everywhere just felt damp.

Honestly, I’ve seen a lot of science kits over the last ten years or so of home education. And quite a lot of dinosaur related stuff too. And I have to say that I think this one is really well put together, and excellent value for money. If you’ve a dinosaur mad offspring or two to entertain, and maybe a holiday coming up, I’d seriously consider this. Particulary if you do have a large space to keep a triops tank with a light rigged over it. (There are 5 I think triops related activities, so not doing them does detract a bit. But the tank/bowl is going on for A3 size, so you are going to need a big space to keep it, and here it would just have turned into a toddler paddling pool.) 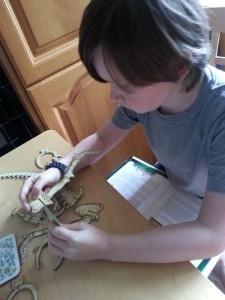 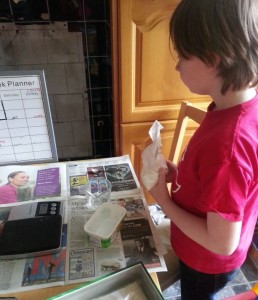 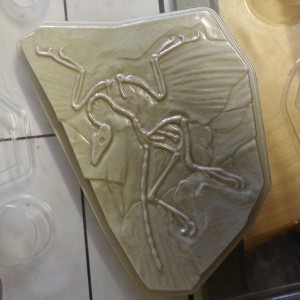