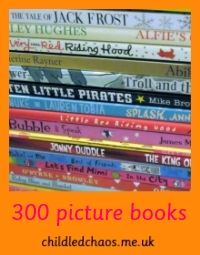 Grief, the year is racing by isn’t it? I can’t believe we’re on week 4 already.

This is the first week we’ve missed a day reading – we were out pretty much all day on Saturday, so we didn’t read anything at all, old or new. It felt rather odd.

I’m also still behind with my reviews over on Shingle Street, which is slightly annoying. For example, I haven’t mentioned there that we’ve read Mog the forgetful cat. I love Mog. I can’t quite understand why we don’t have our own copy – we had to borrow one from the library. Must get hold of one for myself.

I also can’t remember where we’d got up to last week. I need a better way of keeping track of what we read when. (Maybe I should just do what I’ve seen other people do and take pictures. Then add the reviews later. That would probably work.)

I know we read this on Sunday. 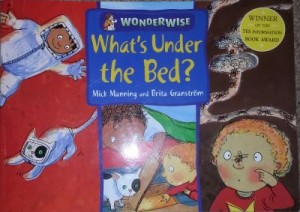 Non fiction, for a change. And with irritating errors – it goes down through the earth layer by layer, and bizarrely has a secret cave with prehistoric cave paintings in the layer under the dinosaur fossils. Just no. But I like the way it repeats each of the previous layers each page, so that you’re building up a story.

Ooh, and I know we read the books that I won from Anne Marie. 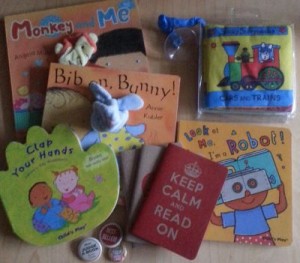 Except the cars and trains soft book. Because a small child ran off with that and hid it before I had the chance to read it!

So, that’s definitely 5 so far.

Charlie and Lola: we honestly can look after your dog.

The fairytale hairdresser and sleeping beauty.

And my book of the week:

Peely Wally. It was just as well I enjoyed this, as both children loved it and we read it a lot of times.

Cumulative – um, whatever I decided we were up to last week, plus at least 8.9. Babar’s travels. (Smallest didn’t like it. ) I think perhaps I’d better put a widget in the sidebar somewhere.

So we’re definitely on target, even if I’m really quite hopeless with keeping track :/