Today I’m very pleased to be hosting a guest post from author Janet Edwards. I met Janet a while ago on twitter and have had the pleasure of reading and reviewing her first two novels.

Jax recently wrote a wonderful post about ‘Dreams and Regrets’. About a box of old manuscripts she’d written years ago, the emotions she felt looking at them, and her thoughts about whether she’d give those dreams one more chance.

Reading that post brought back memories for me, because I had a similar moment in 2007. I wrote something in the comments thread, and Jax asked me to do a guest post about my own experiences. For me, it wasn’t a box of old dreams but a drawer, and it wasn’t one dream but two. Dreams about flying and writing. 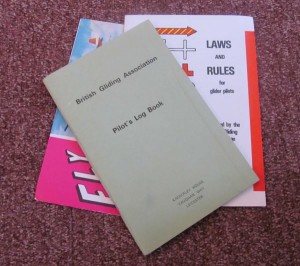 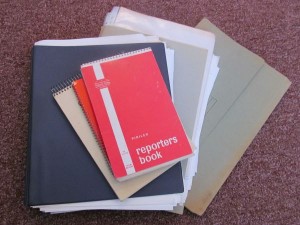 Back in September 2007, I emptied out the contents of a drawer on to the floor. There were two faded heaps of paper. One included a pilot’s log book, and the other was a pile of notebooks and papers, containing fragments of stories I’d written many years ago. They both represented old dreams, but I had very different feelings about them.

The flying was an old dream with no regrets. I don’t fly any longer, but I made that dream real and did everything I wanted to do. The writing was very different, because that was an unfulfilled childhood dream. The oldest of the notebooks dated back to when I was ten years old.

It was sad looking at those scribbled paragraphs, not because I’d tried writing and failed, but because I’d never seriously tried it at all. Although I’d always had a hankering to write stories, I’d never believed that I could write anything that anyone else would ever want to read. It was a dream that had been relegated to something I’d do one day when I had time, and as an adult there’d been work and family and never much time.

But in September 2007, my life was suffering from a black cloud with the silver lining that I finally had some time. Looking at the sad heap of paper on the floor, I knew it was now or never for the writing dream. As a first step, I signed up to spend two hours a week at an Adult Education class in creative writing. There was a goal and a time limit in the back of my head. The goal was to finally finish writing some stories, and bravely send them out into the world. The time limit was five years, to get a short story accepted, somewhere, anywhere.

Well, that’s what I tend to tell people, but now I’m looking again at those ancient attempts at writing, reliving that moment from 2007, I don’t think it’s entirely true. My goal wasn’t nearly as optimistic as to get a short story accepted somewhere. It was just to collect some rejection slips to prove to myself that I’d tried.

So I started my creative writing class, wrote my first proper story, and sent it off to the Yeovil short story competition. I was having a low point, wondering whether to keep writing, when I heard my story had won second prize. It was also broadcast on BBC Radio Somerset. They sent me a copy on CD, in an envelope that said ‘BBC’ on it.

So I stuck the envelope on the wall, where I could keep seeing it to convince me my writing did have potential after all, and I did more writing. A huge amount of writing. In August 2012, a month inside my five year time limit, my first book was published by Harper Voyager in the UK and Commonwealth. EARTH GIRL was also published in the USA in March 2013, in German translation in September 2012, and will also be published in Portuguese. It’s the first book in a trilogy, and the second book, EARTH STAR, will be available in the UK on August 15th 2013 and gradually working its way around the world.

The last few years have been unbelievable, but the point of writing this isn’t to say that giving my dream a chance was worth it because it succeeded. It’s to say that giving your dream a chance is worth it even if it fails. If, at the end of my five year time limit, I’d been holding a few rejection slips instead of a copy of EARTH GIRL, I’d still have been far happier than I was back in September 2007.

Your dream may be about something totally different from writing, but the same thing applies. Time is often in scarce supply, but your dream is worth a few of those precious hours. The thing you regret most in life isn’t failing, but knowing you never tried at all. 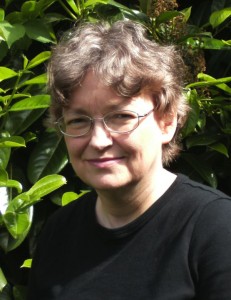 Janet Edwards lives in England. As a child, she read everything she could get her hands on, including a huge amount of science fiction and fantasy. She studied Maths at Oxford, and went on to suffer years of writing unbearably complicated technical documents before deciding to write something that was fun for a change. She has a husband, a son, a lot of books, and an aversion to housework.

Find out more about her and her EARTH GIRL trilogy at:-