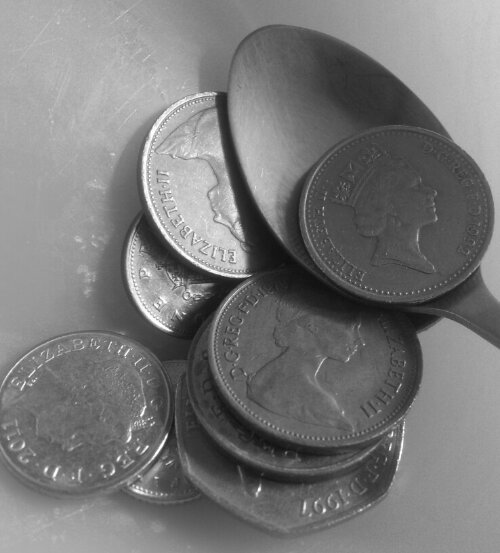 I get a lot of strange emails via the blog, but I think this week is the first time I’ve had mail from a badger. And a badger offering money at that.

Not for me, sadly, but for charity.

I ummed and aahed about posting, but then last night I saw two posts from a girl called Jack that made me change my mind. First of all there was a post about Hunger. Looking back at her first post a year ago, and ruminating on how far she’s come and how far there still is to go. It talks about feeding her son weetabix, mashed with water, and trying to work out how to explain there’s no bread and jam.

It’s shocking to me, in this day and age, to think that there are families going through this kind of experience in our country. Not in some developing nation on the other side of the world, but in a town an hour’s drive from my house. It’s wrong. Utterly wrong. The safety nets of society have worn thin and are being held together by good will from people with little more than those they’re reaching out to.

And then, after that I saw a new idea come out. A suggestion that instead of buying a £3 cup of coffee, people go shopping and donate food to their local foodbank. #22mealsforacoffee is the idea, and there’s a shopping list in the post.

I don’t buy £3 coffees. My coffee money is already targeted to a child I sponsor via world vision. But I’m very happy that the badger’s donation of £50 has gone to the child poverty action group who work against poverty in the UK.

We shouldn’t have poverty in the UK. There shouldn’t be parents skipping meals to feed their children, or children turning up at school hungry. But while there are, we can support foodbanks and charities that are working to solve the problem. Will you join in?