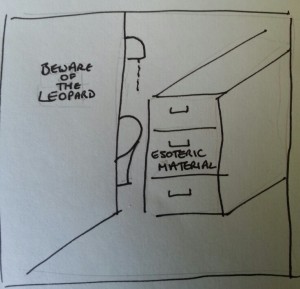 Well, not me. My blog. And not so much vanish as get filed in the bottom drawer of a locked filing cabinet in a disused laboratory with a sign on the door…

Wondering what I’m talking about?

It’s the government’s latest wheeze to protect the children. Won’t you think of the children, they cry, while coming up with a plan to censor vast swathes of the internet. Have a look at the list here at Openrights group.

The idea, as I understand it, is that these things will be on by default. So your new internet connection comes with parental controls switched on, and then a secondary screen asks: Do you want to block

And all these things are ticked. I don’t think anyone has confirmed the list as it would be, but this is put together from current block lists from ISPs.

Now, I can see that we probably don’t want our 3 years olds accessing pornography. Definitely no violent content (so that’s Tom and Jerry wiped out then). Extremist and terrorist related content. Um, hang on. One man’s terrorist is another man’s freedom fighter. Who decides who is a terrorist?

Let’s skip on a bit. Web forums. *all* web forums?? That’s a bit sweeping isn’t it? Still, that’s one way to quieten those irritating biscuit related questions from Mumsnet.

And esoteric material. That’s an interesting one. What classes as esoteric? The definition is “Intended for or likely to be understood by only a small number of people with a specialized knowledge or interest.” Which, if you think about it, covers an awful lots of things. You got any niche interests? How about home education? That’s pretty small, after all, isn’t it? Might not start at defined as esoteric, but you could easily see how it could wind up on the list. Or odd political interests, like the basic income perhaps?

Ideas could come and go on the internet without anyone ever really seeing. Movements that currently start small and grow wouldn’t ever get that chance – all sorts of religions would definitely fade away.

Is that really how you want to keep your children safe? By keeping them as ignorant as the politicians wafting about westminster?

Because surely only someone utterly ignorant of how the world/internet works would come up with such a plan. It’s just beyond awful. And the best way to fight back about it? Shout. Make sure our voices are heard. If you *want* to be able to have a varied and yes, esoteric internet, it is time to put a stop to this nonsense.

The open rights group and wired are excellent resources on all of this, and don’t forget to keep your MP in the loop. (I wonder how many emails would class as annoying :/)