This week I shopped for Dairy Milk at our local supermarket as part of a sponsored shop for the Collective Bias community, to use in cooking with children. See how we got on.

First of all there’s the actual shopping. I went to our local East of England Coop, which is about 5 minutes walk from our house – handy for last minute shopping trips.

I took lots of photos, mainly recorded in this Google+ album. When I’m shopping I like to be sure I’m getting value for money, so I check the prices on all products – I do wish supermarkets wouldn’t do things like putting the informative price tickets with the comparison prices under extra shelf stickers. In this case it turned out that it was cheaper to buy a pack of 8 small bars instead of one big bar, which never makes any sense to me. I also picked up a couple of new types of chocolate, which happily were on offer – Dairy Milk Jelly Popping Candy and Cookie Nut Crunch. 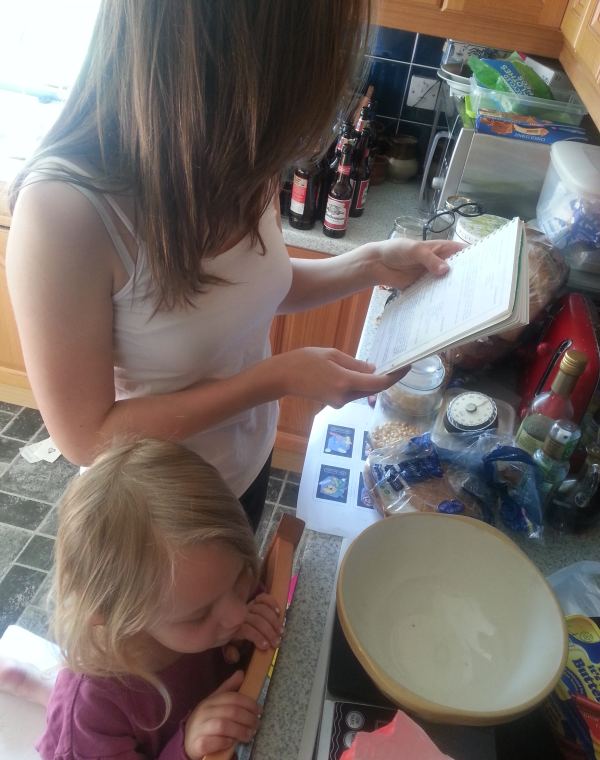 Back home, time to employ my army of helpers and my favourite recipe book. I can’t link you to the book online – it’s a little pamphlet we inherited with the house and as it’s quite old, I don’t expect there are many copies lying around. Whenever I use it I like to think about the women whose recipes I’m using, and Tim’s mum, whose book it was. I didn’t know her for very long, so this kind of connection is important to me – that her grandchildren are still getting food she might have cooked for them, and that we’re touching and using things that she touched. I know that might sound a little odd, but it feels like I’m linking them to a grandmother only Big ever met. 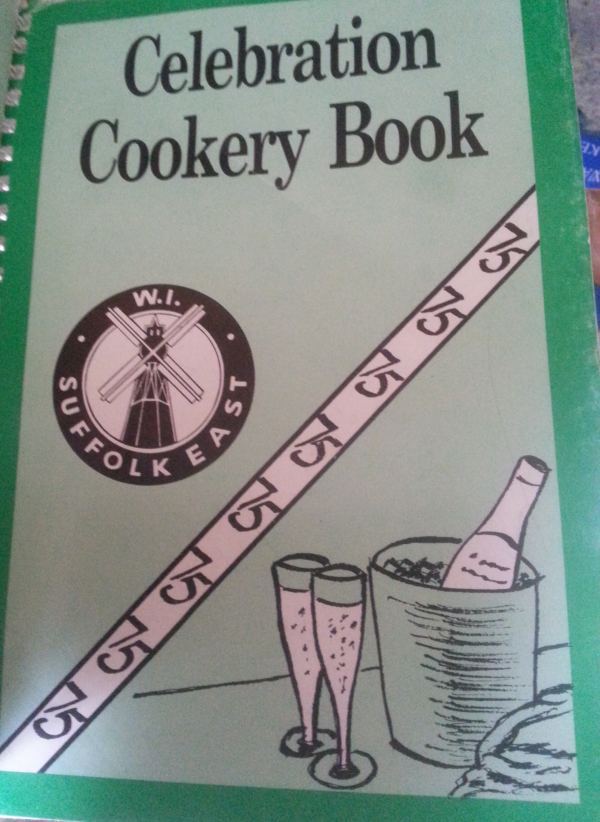 Of course with this kind of activity, it’s good to actually get the children doing some of the cooking and having a good range of ages, I can have Big helping with Smallest. It’s great to have an activity that they can enjoy – there’s 10 years between them and obviously their interests are rather different. Something like cooking though gives a structure to the interaction.

When it came to the sharp knives, I got involved. 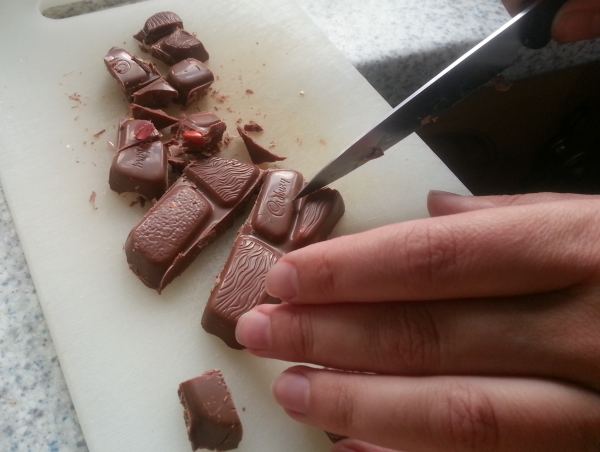 Looks good, doesn’t it? I was surprised at the uneven chunks. Is that odd? I expect my chocolate to be the same as it’s always been, regular sized bits. But there you go. I suppose everything changes. I don’t have to like it though!

Presentation is very important – even though Small was champing at the bit, Big was determined we were going to have a properly laid out plate of brownies. 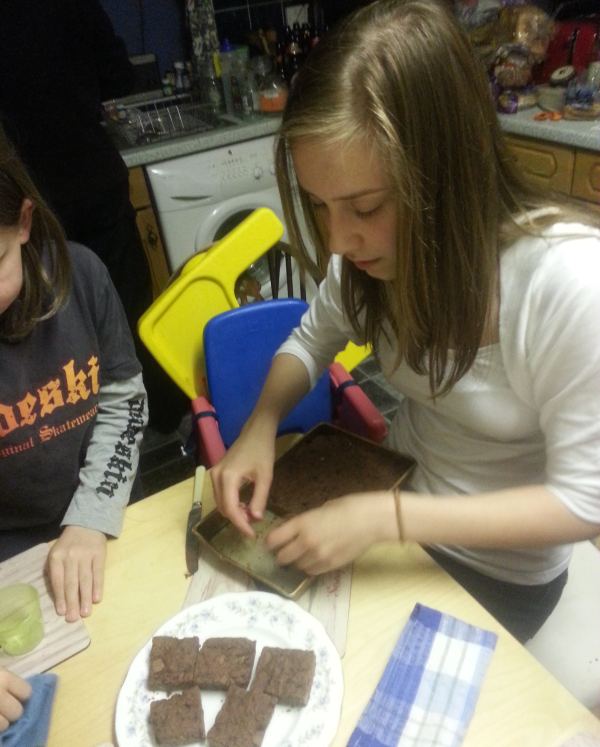 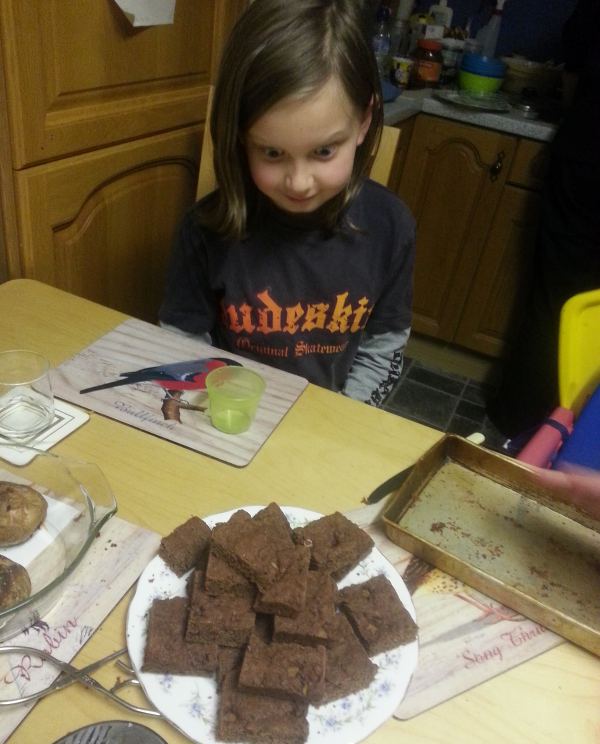 And Smallest was very pleased with herself and the end result. Which kind of makes it all worthwhile. 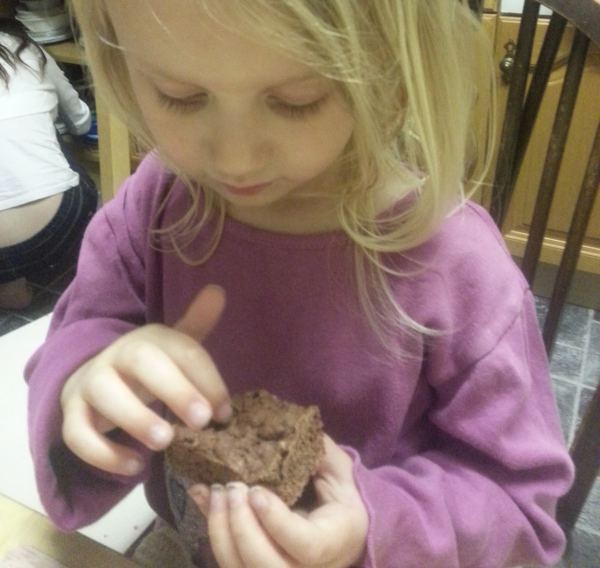 Adding baking into the day was a great activity. We tried to have a family film night, but the film we wanted to watch wouldn’t download. So there’s no picture of us sitting around with popcorn as by the time we’d found an alternative, most of it had been either spilled (by the 15 month old destructabot) or eaten.

Having Dairy Milk Jelly Popping Candy brownies to finish the meal off rather rescued the day though, so thanks for that, Collective Bias 🙂