I doubt that anyone has noticed, but I haven’t been online quite as much today. There are a few reasons for that. I was having another batch of trying to get things done; it was swimming lesson day; I tried to say more yesses than nos to questions like will you read this and play with me.

Also, Small had had a screen ban since last Thursday, and after the first day of abject misery, he was actually much happier. He built construction sets, played endless games with Smallest, did a jigsaw with Big, and read a book. Today he earned screens back, and within an hour was miserable again. We had a chat about this and I was really surprised that he recognised too that he’d been much happier without as much screen time and we’re working on a way for him to balance it better.

It seems only fair if he’s going to cut down on screens I should too.

I need to balance work and parenting better. You’d think that home education and home working would mean there’s plenty of time to go around, what it often feels to me is that I don’t put enough effort into anything. I read a blog post tonight about someone who replaced their income with 10 hours work per week on a blog; I’m fairly sure I do rather more than that and mine doesn’t even keep me in, well, any cliched item you care to name.

And despite that I feel like I’m short changing the children, particularly Smallest. She got the shortest time out of all of them at being the baby, and I seem to spend all my time saying not right now, in a minute, when I’ve finished this, I’m busy. (I’ve done it just now, while writing this post. I did read her a story (twice, including all the words in the pictures) and help her with a sticker book first. )

Partly what I need to do is manage all our expectations. Another part of what of what we need is me to get more focused on the work thing and actually do things when I’m online instead of waffling on social media. (Although some of the waffling gets us stuff. So that is good waffling and has to stay really. )

So, it’s possible you’ll see less of me around and about. I won’t disappear completely, because twitter in particular is the only adult conversation I get outside the family. And of course I’ll still be here. You never know, less tweeting might mean more sense here.

And then again, maybe not. 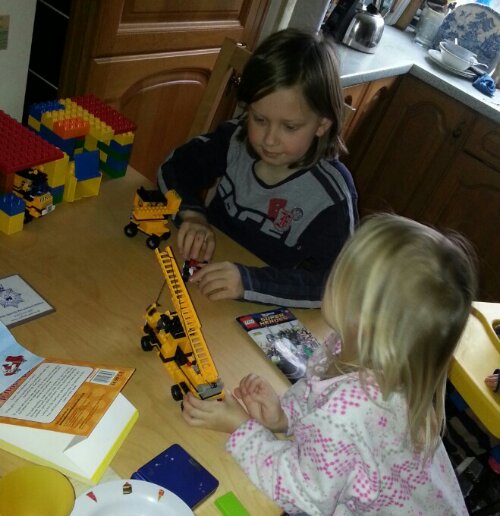