Tigerboy is 7 weeks old. He now weighs 9lb 2, a whole 12oz more than he did 11 days ago. (actually he could weigh anything from 4.10kg to 4.19, he wouldn’t lie still and the scales were really struggling!) He’s 56cm long and his head has grown too.

He’s slightly under the 9th centile line for weight, but nearer to the 25th for length. I guess this means he’s just long and thin, relatively speaking. At 7 weeks he isn’t the weight Small was when he was born, which gives you some idea of why we went with the nickname Small 😉

He does awake and alert, grabs hair and I’ve seen fleeting smiles, though never when I’ve a camera to hand. He doesn’t do vast amounts of sleep, though I’ve had a couple of slightly improved nights recently.

And if I were to put in a complaint about our hospital treatment, I think the thing that they took away that was most important was my trust in the process and my body, and my enjoyment of this baby stage. I so wanted to enjoy it, I know it won’t happen again. 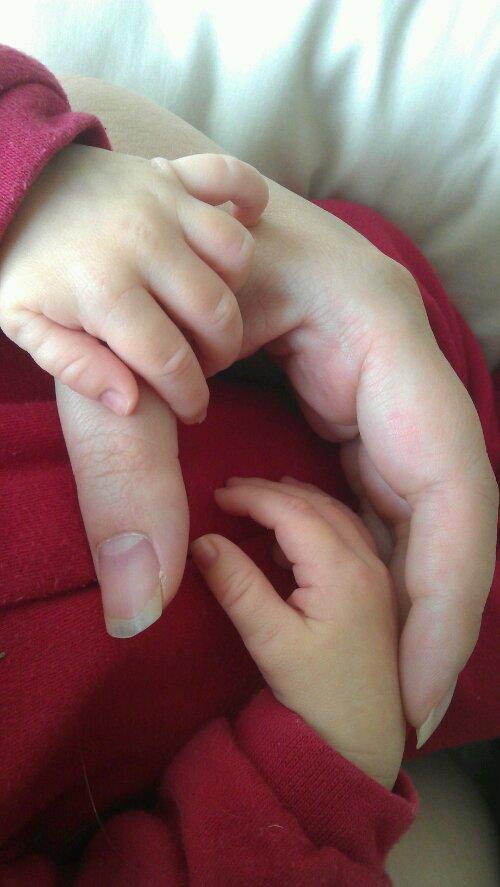